The Tattersalls February Sale got off to a strong start on the opening day with rises across the board and the Listed winning filly I’LL HAVE ANOTHER topping proceedings at 200,000 guineas.

The top priced lot during the opening session was the Listed winning filly I’LL HAVE ANOTHER who was knocked down to Cormac McCormack for 200,000 guineas after he saw off underbidder Eamonn Reilly. The daughter of DRAGON PULSE is out of a winning half-sister to the Group 3-placed ICON DREAM, and to the dam of the dual Group 1 winner LA COLLINA and FOX CHAIRMAN, who was placed in the Group 3 Hampton Court Stakes at Royal Ascot. The four-year-old filly, who was also placed at Group 3 level, was consigned by the National Stud.

"She was owned by Paul and Clare Rooney – we sold for them in December and they very kindly let us consign this mare for them too," said Tim Lane, stud director of The National Stud.

"She is a lovely big mare, very laid back and easy to deal with."

Successful purchaser McCormack said: "She has a pedigree, she is a lovely, scopey mare, a queen. She is to visit Ten Sovereigns."

I'LL HAVE ANOTHER won four races and was placed nine times from 18 starts under the guidance of trainer Mark Johnston. 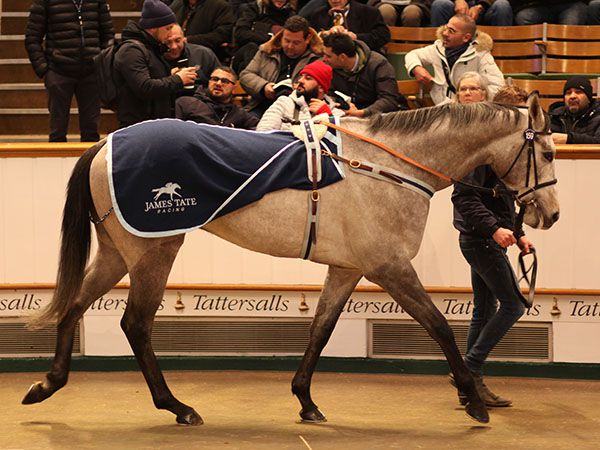 The second lot to realise a six-figure value on the opening day of the February Sale was the four-year-old POWER LINK who was knocked down for 100,000 guineas. The successful bidder was Paul Murphy of C & C Transport on behalf of agent Paul Harley and Saudi Arabian client Abdul Rahman Fahd Al Bawardi’s Emblem Stable.

"Paul is in Saudi at the moment so I am helping out," said Murphy. "This horse has a good rating and looks as though he will be a great fit for racing in Saudi."

POWER LINK won four races for trainer James Tate on the All-Weather and was offered with an official rating of 98. 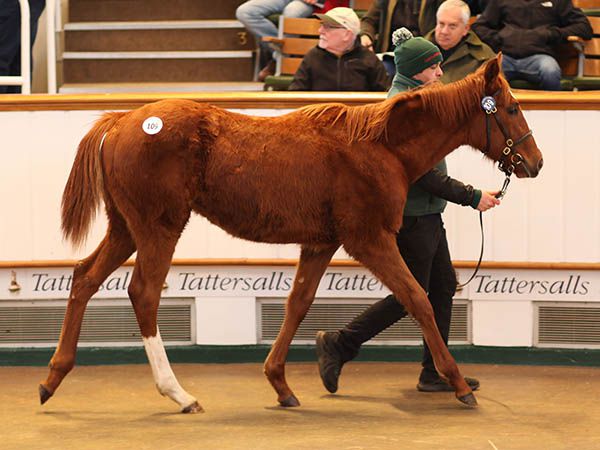 The top priced yearling for the sale was the CHURCHILL half-sister to the Group 2 Premio Ribot winner PORSENNA and the Listed winning and Group placed colt BASILEUS. The daughter of the HUSSONET mare MISS MARIDUFF was knocked down to Tally-Ho Stud’s Roger O’Callaghan for 56,000 guineas after he saw off Rathbarry Stud’s Paul McCarthy.

"She will come back here for the Tattersalls October Yearling Sale or maybe for the breeze-up," said O'Callaghan of the filly consigned from the Castlebridge Consignment who ranks as the fourth highest-priced yearling in the history of the fixture. 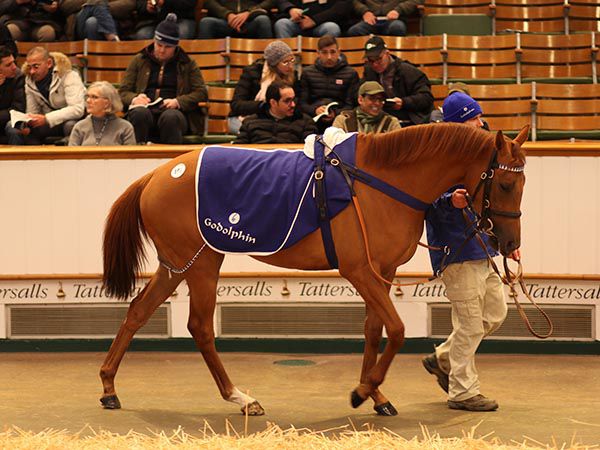 MEMPHIS, the DUBAWI half-sister to the Group 1 Fillies’ Mile winner LYRIC OF LIGHT, is set to head to Australia after being purchased by Howson & Houldsworth Bloodstock’s Matt Houldsworth for 62,000 guineas.

"She is going to a good farm in Australia and will not race on. She is by Dubawi and a half to a Group 1 winner who is breeding now – there is a lot to like," said Houldsworth. "There can't be many mares by Dubawi in Australia."

MEMPHIS is also a daughter of the Group 1 Cheveley Park Stakes second SUEZ who is a daughter of the legendary Meon Valley Stud mare REPROCOLOR whose descendants include the Classic/Group 1 winners COLORSPIN, KAYF TARA, OPERA HOUSE, ZEE ZEE TOP, IZZI TOP and NECKLACE.

The Tattersalls February Sale continues on Friday 31st January at 10am.