Trade stepped up a level on the second day of the Tattersalls December Foal Sale with fifteen lots realising 100,000 guineas or more and a son of BATED BREATH topping proceedings.

Colin and Melba Bryce of Laundry Cottage Stud enjoyed a spectacular sale with their BATED BREATH colt out of the PROUD CITIZEN mare UNNATURAL knocked down to Brendan and Ger Morrin for 185,000 guineas with the latter commenting; "He is a great physical, the best here today. He is by a sire who is on the upgrade and is supported by Juddmonte."

The colt was consigned by Jamie Railton, who said; "It is a fantastic result for Colin and Melba. They are passionate about this business and put a lot of effort into it.

"This is a lovely colt and really impressive physical. I saw him in the summer and the plan had initially been to sell as a yearling, but he looked like such a good foal prospect."

UNNATURAL, who raced in Japan and was purchased at the 2014 Tattersalls December Mare Sale for 180,000 guineas, was represented at Book 2 of the October Yearling Sale by her PRIDE OF DUBAI filly who realised 115,000 guineas. 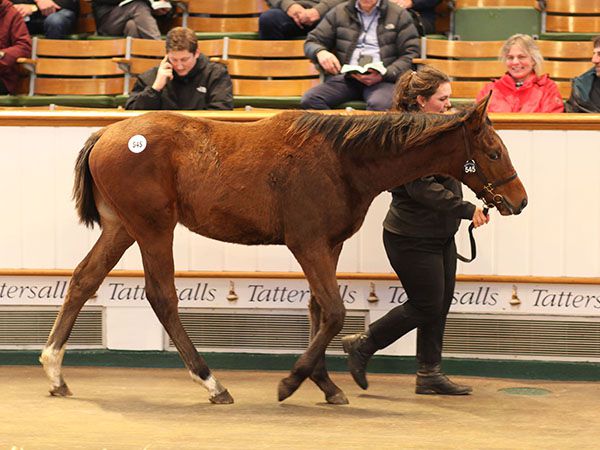 Langton Stud’s father and son team of Michael and Giles Wates had plenty to celebrate after their colt by first-crop sire POSTPONED realised 150,000 guineas. The colt is out of the DANSILI mare SHEMYA, dam of Aidan O’Brien’s highly-rated KINGMAN colt CORMORANT who realised 1,050,000 guineas at Book 1 of the October Yearling Sale last year.

"We bought the mare in France carrying to Oasis Dream," recalled the father and son team. "We decided on Postponed as he was a pretty good son of Dubawi!

"This foal has been busy since we've been here – one of the days he was out of his box from 8am to 4pm; he took it all in his stride."

Successful purchaser Robert O’Callaghan of Yeomanstown Stud said: "He is by an exceptional racehorse and this foal was our pick of the day." 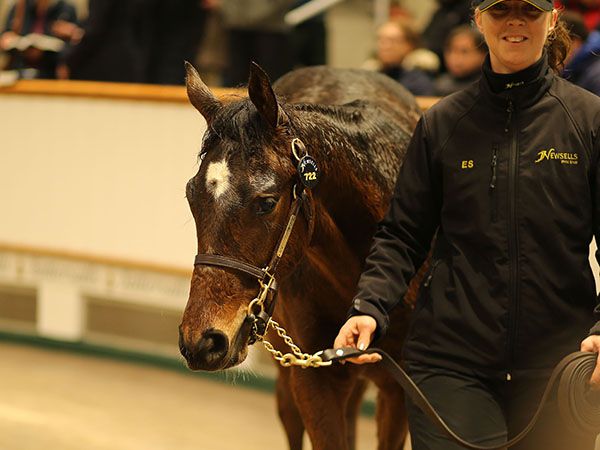 Another first-crop stallion to make a mark on the second day of the December Foal Sale was HIGHLAND REEL with his colt out of the MEDICEAN mare SELF CENTRED selling for 150,000 guineas to the bid of Bertrand Le Metayer.

"He has been bought for a partnership and has been bought to race," said Le Metayer. "When a horse achieved what Highland Reel did as a racehorse you have to take note – it is very difficult in this day and age for a racehorse to achieve what he did.

"This is a good-walking, quality colt – he has everything going for him."

The colt was sold by Newsells Park on behalf of his breeder Bunny Roberts and farm manager Julian Dollar said; "The mare boards with us and this has always been a lovely foal. He has been very busy here and has been a true pro, shown exactly the same for every viewing. He is a great advert for his young sire."

SOFT CENTRED hails from the former Bloomsbury Stud family of MYSELF and was a two-year-old winner and placed third in the Listed Chesham Stakes. She has had two winners from four runners, including FEEL GLORIOUS, a Listed winner and recently second in the Grade 2 Sands Point Stakes at Belmont Park.

HIGHLAND REEL by GALILEO was a tough and talented racehorse and won seven Group and Grade 1 races around the world, races including the Hong Kong Vase (twice), the Prince of Wales's Stakes at Royal Ascot, the Breeders' Cup Turf and the Secretariat Stakes. 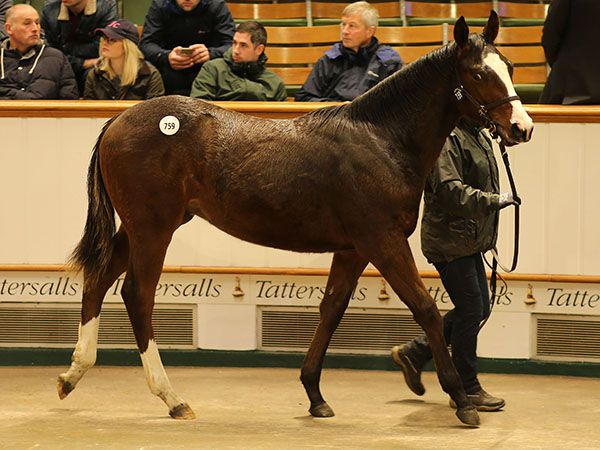 The RIBCHESTER colt out of the SHAMARDAL mare JAWLAAT continued the run of the first crop stallions when selling to Hubert Honore for 145,000 guineas. The colt, who is out of a half-sister to the French three-time Group winner TANTHEEM, was consigned by the County Down-based McCracken Farms.

"He is a pinhook prospect and will come back to my farm for the winter and spring. He might come back here to sell," said Honore. "He is a well-balanced foal, with a good shape and a wide head."

The Richard Fahey-trained RIBCHESTER, a son of IFFRAAJ, won the Group 2 Mill Reef Stakes as a juvenile, and four Group 1 races over a mile, including the Queen Anne Stakes at Royal Ascot and the Prix du Moulin at Deauville.

The Tattersalls December Foal Sale continues at 10am on Friday 29th November.