It was a strong opening to Book 3 of the Tattersalls October Yearling Sale with three lots topping 100,000 guineas and increases in clearance and median.

Sister to Breathtaking Look to Stroud for 145,000 Guineas

The top lot on the opening day of Book 3 of the Tattersalls October Yearling Sale was the TERRITORIES half-sister to the recent Group 3 Sceptre Stakes winner BREATHTAKING LOOK. Consigned by Richard Kent’s Mickley Stud, the daughter of the Listed placed IFFRAAJ mare LOVE YOUR LOOKS was knocked down to Anthony Stroud for 145,000 guineas with Joe Foley the underbidder. The sale was a record price for a filly at this fixture.

"She is for an existing client," said Stroud. "We particularly wanted to buy one by the sire, and she looks a very good model by him. She is racey, athletic and looks fast; she will probably be trained in the UK but might go to France."

Mickley Stud consigned the filly on behalf of Ellis Stud’s Fred Ellis and Bellow Hill Stud’s Thorsten Feddern, the pair having bred her.

"We have been breeding horses in partnership for over 20 years," said Feddern. "This is the third generation of this family we have had – we bought her second dam Play Around in Germany through an agent. Breathtaking Look is the first Group race winner we have had together.

"This has always been a lovely filly, and, for once, everything worked in well," he added referencing the Group race update by BREATHTAKING LOOK a month ago.

"It is the most we have made in the ring," continued Feddern, who is a vet based near Milton Keynes. "We would have considered keeping her and race ourselves, but not at that price!

"We thought we had all the right people on her and we have to thank Richard Kent – we have done the prep at home, but it is him and his team who do the talking to people up here."

Kent added: "She is very racey, walked beautifully and is very athletic. Her stallion seems popular and is getting good stock."

Rory Mahon’s Mountain View Stud enjoyed a great result when selling their FREE EAGLE colt out of the ACCLAMATION mare BADR AL BADOOR to Anthony Stroud for 125,000 guineas. He is from the second crop of Group 1 Prince of Wales’s Stakes winner FREE EAGLE who stands at the Irish National Stud.

"He is for Jacko and James Fanshawe's Fred Archer Syndicate," explained Stroud. "The syndicate has the half-sister Archer's Dream and this is a very nice, easy going athletic colt who should make up into a two-year-old. His dam Badr Al Badoor is by Acclamation and he is a very good broodmare sire.

"Anyone is welcome to join the syndicate!" added Stroud with a smile.

The three-year-old filly ARCHER'S DREAM won the Listed Cathedral Stakes this summer and her dam is a half-sister to the Group 1 King’s Stand winner PROFITABLE.

Rory Mahon of Mountain View said: "That is a great result. He is a very nice colt, very well balanced and looks like a racehorse." 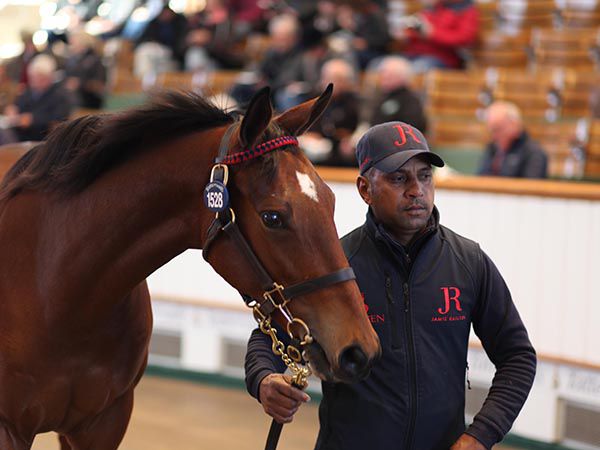 Another lot to top 100,000 guineas for the day was the LOPE DE VEGA filly out of the CANFORD CLIFFS mare HORSE SENSE who was knocked down to Ed Dunlop after he saw off fellow trainer Hughie Morrison.

"She has been bought for an owner who is very keen on Lope De Vega. We tried to buy earlier in the week but did not manage to so we are delighted to have got her. She is a lovely, good-walking filly," said Dunlop.

Consigned to the sale by Jamie Railton, the filly is out of a half-sister to the Listed winning fillies SNIPPETS and NEED YOU NOW.

Book 3 of the Tattersalls October Yearling Sale continues at 10am on Friday, October 18.