The Listed winning and Group 3 placed SIVOLIERE, in foal to leading stallion KINGMAN, looks set to be one of the highlights of the sale, catalogued as lot 136. Offered by European Sales Management, the daughter of SEA THE STARS won three races as a two-year-old, including the Listed Criterium du Bequet and also finished a close-up fifth in the Grade 1 Breeders’ Cup Juvenile Fillies Turf behind the great LADY ELI. A half-sister to 2019 Group 3 winner SUPHALA, SIVOLIERE’s dam is the Listed winner SEFROUA, whilst her grand-dam is the Group 1 Coronation Stakes winner SOPHISTICAT. At the 2019 Tattersalls December Foal Sale, SIVOLIERE’s FRANKEL filly foal realised 360,000 guineas before she fetched 575,000 guineas at the Tattersalls December Mares Sale herself. The list of broodmares on offer also includes mares covered by leading sires DARK ANGEL, NEW APPROACH, NIGHT OF THUNDER and SEA THE MOON.

The largest consignment in the catalogue is the team of 28 consigned by The Castlebridge Consignment, with 12 fillies in training, nine colts/geldings in training, four yearlings, two mares and a two-year-old filly making up the draft. Godolphin have a draft of 20 on the first day, offering 17 fillies out of training along with three mares. This comprises a host of regally bred fillies by top sires DUBAWI, DANSILI, SEA THE STARS and INVINCIBLE SPIRIT, highlighted by MEMPHIS, a DUBAWI half-sister to Group 1 Fillies’ Mile winner LYRIC OF LIGHT, PASCHALIA, a SEA THE STARS filly out of Group 1 Preis von Europa winner BAILA ME, and the Listed placed STRINGS OF LIFE, from the great family of ALIDIVA, ALI-ROYAL and SLEEPYTIME. 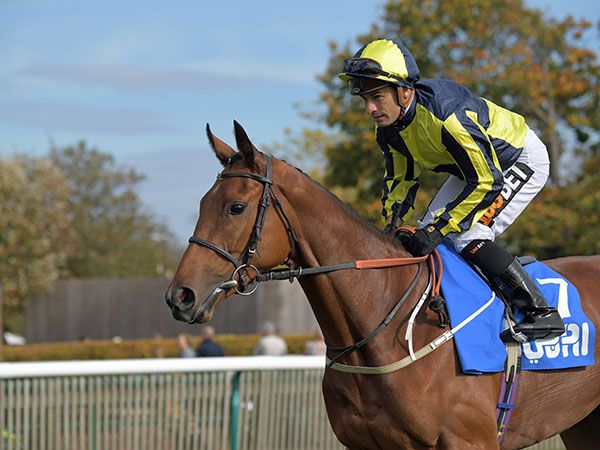 Other well-bred fillies in the catalogue include the Listed-winner and multiple Stakes-placed I’LL HAVE ANOTHER, a daughter of DRAGON PULSE who will be consigned by The National Stud, as will I’M AVAILABLE, the NATHANIEL filly out of the Group 3 winning and Grade 1 second NIGHT CARNATION. IRISH STEPS is a GIANT’S CAUSEWAY daughter of the Grade 1 Canadian International winner SARAH LYNX who will be coming from Barton Stud, whilst JASMINE B is the EXCEED AND EXCEL half-sister to the Group 1 Irish Oaks second JACK NAYLOR who will be consigned by Jamie Railton.

Buyers looking for colts and geldings in training with smart form also have plenty to choose from. Amongst the potential stars is the four-year-old LOPE DE VEGA colt RAISE YOU, boasting a Timeform rating of 114, having run out a comfortable winner of the Listed Fairway Stakes last spring and more recently third in the Group 3 Rose Of Lancaster Stakes in August. Other eyecatchers include BOITRON, an impressive winner of the Listed Washington Singer Stakes as a two-year-old for Richard Hannon, and POWER LINK, a rapidly improving four-year-old consigned by Jamesfield Stables. Three-year-olds with plenty of potential include the East Everleigh Stables-consigned AUDIO, an 83-rated multiple winner, and MAYSONG, a last-time-out winner for Ed Dunlop and rated 87+ by Timeform.

“The Tattersalls February Sale continues to be a source of high-quality breeding stock and horses in training with the dam of last year’s multiple Group winning two-year-old A’ALI being a prime example as is DRAMATIC DEVICE, a 20,000 guineas purchase at last year’s February Sale, who subsequently sold for 220,000 guineas at the Autumn Horses in Training Sale. Along with the two-year-olds and yearlings on offer, this year’s February Sale looks certain to attract the usual diverse mix of domestic and international buyers who have made the Tattersalls February Sale such a consistently popular fixture.”

The Tattersalls February Sale starts immediately after the TBA Stallion Parade which begins at 11.00am on Thursday 30th January, whilst the second day will commence at 10.00am on Friday 31st January.