The Tattersalls Autumn Horses in Training Sale got off to a solid start on the opening day with four lots topping the six figure mark and strong international demand throughout the session.

The top lot on the opening day of the Tattersalls Autumn Horses in Training Sale was the Shadwell Estates consigned filly ASIAAF, who was knocked down to Ted Durcan for 165,000 guineas. A winner on her second start at Goodwood over 1m2f, she was subsequently second at Sandown and Goodwood, and was offered with a ‘Timeform’ rating of 96. Durcan secured the three-year-old after beating off a plethora of agents including Hubie de Burgh, Sam Haggas, Ronald Rauscher and Billy Jackson-Stops.

"She is the filly I was after in the sale," commented Durcan. "She is a lovely model and has excellent form, she will be a lovely filly next spring and summer on a fast surface. There are lots of options trip-wise as well. She is a lovely big scopey mare and she will improve, she was my pick of the sale, I loved her. You just hope that you can land on her."

Durcan added: "Her only average run was on soft ground, she wants a nice fast surface – I've been watching her all summer. And arriving out of Marcus Tregoning’s hotel is a major plus. He is a marvellous horseman, he brings them along and helps them. It is nice to have one from Marcus."

Bred by Shadwell Stud, ASIAAF has plenty of appeal on pedigree, with the daughter of NEW APPROACH out of the SHAMARDAL mare BAQQA, an own-sister to the multiple Hong Kong Group 1 winner DUNBOYNE EXPRESS, and from the further family of LOVE DIVINE and SIXTIES ICON. 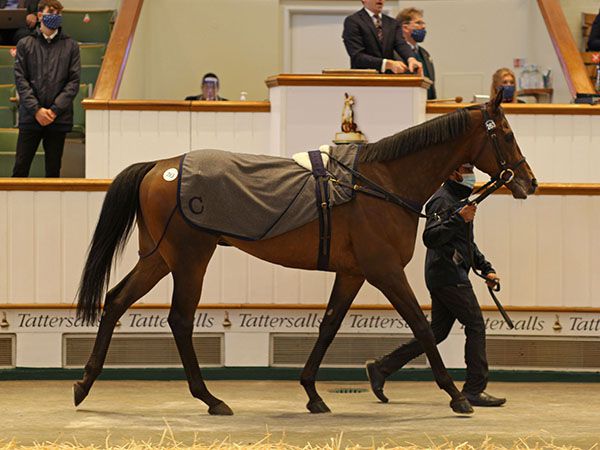 The dual winner WISE GLORY is headed to the West Country as a juvenile hurdling prospect after Paul Nicholls’s daughter Megan struck the winning bid of 135,000 guineas for the son of MUHAARAR. Consigned from Simon and Ed Crisford’s Gainsborough Stables, the three-year-old gelding was offered with a 'Timeform' rating of 96.

"He will be going back to Dad’s to go juvenile hurdling," reported Nicholls. "He is a lovely big horse and the more time we can give him he better. He has a lovely big frame to fill, he has the right sort of profile, he stays 1m4f and he has acted on soft ground so he is a horse we are looking forward to."

Megan has ridden out in Newmarket for the Crisford team and added:

"I have had a connection with Crisford team last year, and he was a horse who always caught the eye. He only ran once as a two-year-old, he was a big horse and they looked after him well. They are never too hard on their horses, I like that. Hopefully there is plenty more in the engine yet, he is a gelding so that is a big plus. Come the New Year or early February hopefully we can see him juvenile hurdling." 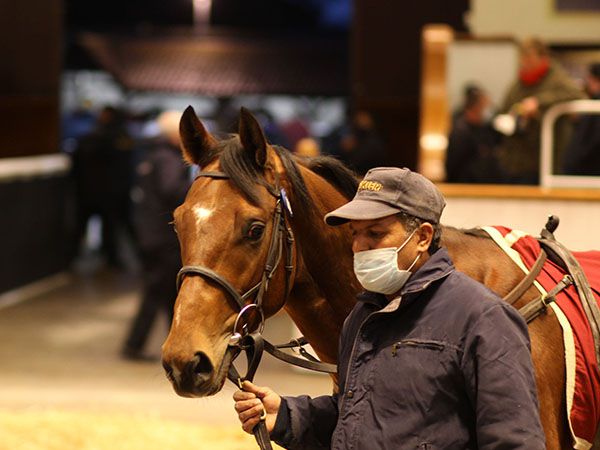 Nastase Headed to Qatar for Ghazali

Qatari trainer Gassim Ghazali is a regular purchaser at the Tattersalls Autumn Horses in Training Sale, and despite watching the action online this year he secured the progressive two-year-old colt NASTASE with agent Will Douglass making the successful bid of 120,000 guineas on his behalf.

Bred, owned and trained by Mick Channon, NASTASE has improved throughout the summer from a maiden victory in August to Listed success in the Rockingham Stakes at the beginning of October, and most recently a fourth-placed finish in the Group 3 Horris Hill Stakes at the weekend.

"We had our eye on him after he won at York and he ran a really nice race in the Horris Hill. Hopefully there is more to come. We are trying to concentrate on buying a bit of quality for Gassim."

The well-named two-year-old colt is by SIXTIES ICON and out of ROUGH COURTE, a tribute to famous tennis player Ilie Nastase, and was offered with a 'Timeform' rating of 99. 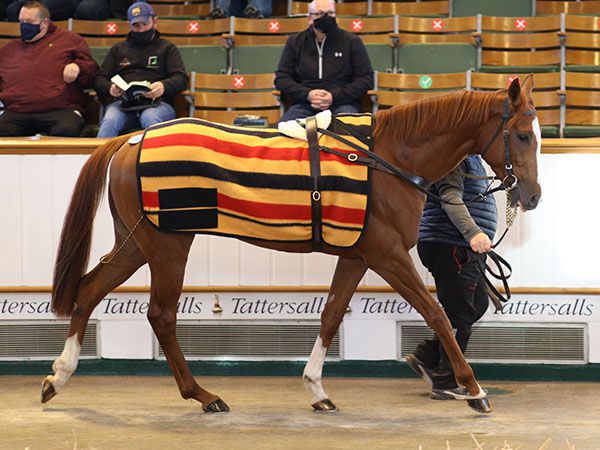 The high-class three-year-old NUMEN, consigned from Ballydoyle Stables, was the fourth horse to realise 100,000 guineas or more when knocked down to Narvick International’s Emmanuel de Seroux for 110,000 guineas.

"He has lots of options, possibly in Europe or the US, his new owner has not decided yet,” commented de Seroux. "We like him very much, he is in very good order, he has not been over raced and we hope he has a future. We might give him a little time and he can strengthen."

The 105 'Timeform' rated GALILEO colt, who was runner-up in the Listed Nijinsky Stakes in July is exceptionally well-bred. He is a son of DIVINE PROPORTIONS, the champion European two-year-old and three-year-old filly and the winner of five Group 1 races. DIVINE PROPORTIONS is also dam of the Group 3 winner EIGHTFOLD PATH and it is the further family of Group 1 winning stallion WHIPPER.

The Tattersalls Autumn Horses in Training Sale continues at 9.30am on Tuesday, October 27th.