Headlining the dispersal will be the eight-year-old Listed winning mare WE ARE NINETY who is set to be covered by last year’s Group 1 Prix de l’Arc de Triomphe winner SOTTSASS and who will be offered with a filly foal by first season sire CALYX. She will be joined by a pair of GALILEO mares comprising INNOCENT AIR, offered in foal to the late ZOFFANY and ZEE ZEE GEE, a daughter of the Group 1 winner ZEE ZEE TOP and a half-sister to dual Group 1 winner IZZI TOP. 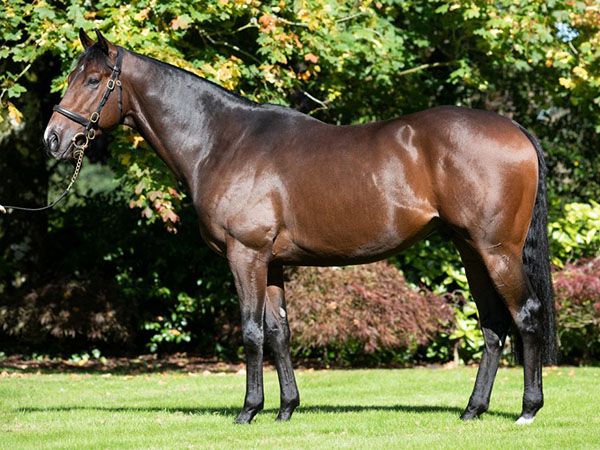 The yearling filly by NO NAY NEVER out of ZEE ZEE GEE will also be offered as part of the dispersal, as will a filly foal by TEN SOVEREIGNS out of the SADLER’S WELLS mare BRIGIDS CROSS, herself the dam of the Listed winner WE ARE NINETY and a half-sister to the Group 1 winners SEQUOYAH and LISTEN. The TEN SOVEREIGNS filly foal will be offered with a foster mare who is to be returned once the foal is weaned.

The Brittas House Stud dispersal will be completed by the Hugo Palmer trained dual winner COMBINE; a four-year-old daughter of ZOFFANY out of the Group 3 placed SADLER’S WELLS mare UNITY whose granddam was the Group 1 Yorkshire Oaks and Prix Vermeille winner MY EMMA. A recent winner at Wolverhampton, COMBINE is currently rated 95 by Timeform.

“The Tattersalls Online platform made an auspicious debut when WEST END GIRL sold for a UK and Irish record online price of £420,000 on the eve of Royal Ascot last year and to be offering the final instalment of the Brittas House Stud Dispersal at our latest online sale demonstrates the confidence that vendors already have in our online product.

“We have already sold six figure lots from our online sales to Australia, Hong Kong, South Africa and the USA and the 23rd March Sale already features lots which look set to appeal to a global audience.”

Tattersalls has also scheduled a further two sales to be held on the Tattersalls Online platform this year. In addition to the upcoming March 23rd sale, online sales will also take place on 25th May and 29th June with additional fixtures to be confirmed. Entries for the Tattersalls Online 23rd March Sale are open now and can be made on www.tattersallsonline.com.