The Tattersalls December Foal Sale continued in robust fashion on the third day with the equal second highest price for a colt at this fixture of 700,000 guineas for a DUBAWI colt and 21 foals selling for 200,000 guineas or more. Turnover fell marginally short of last year’s figures whilst the clearance rate improved to an impressive 87%.

The DUBAWI half-brother to the Group 1 Moyglare Stud Stakes winner SKITTER SCATTER became the equal second highest priced colt sold at the Tattersalls December Foal Sale when knocked down to Anthony Stroud for 700,000 guineas on behalf of Godolphin. The colt is out of the STREET CRY mare DANE STREET, who is a half-sister to the Group 1 Dewhurst Stakes winner INTENSE FOCUS, and was consigned by the Rogers family’s Airlie Stud.

Following the purchase Stroud commented: "He is from a great nursery, he is by Dubawi who we absolutely love. He is a very good looking, very athletic individual. In all these decisions we are just trying to aim for quality and this horse David Loder and I really liked, hence we bid." Dubawi Colt to Godolphin for 600,000 Guineas

Stroud was active again soon after when landing another beautifully bred son of DUBAWI for 600,000 guineas. Consigned by Luca & Sara Cumani’s Fittocks Stud on behalf of German breeder Gerhard Schoeningh, the colt out of the Listed winning HIGH CHAPARRAL mare BAISSE is a half-brother to the Group 1 Cantala Stakes and Group 2 Royal Lodge Stakes winner BEST OF DAYS.

Like the DUBAWI a few lots earlier, Stroud bought the colt on behalf of Godolphin, who also owned BEST OF DAYS.

Sara Cumani of Fittocks Stud said: "We are delighted with where he has gone, we are delighted with the underbidder and we are thrilled we are able to be here at the sale.  "The two-year-old full-sister Summerland is with Charlie Appleby, the Nathaniel yearling is called Beau Rivage. The owner has not decided where she is going into training yet, but she is gorgeous, absolutely gorgeous. The mare is in-foal to Frankel and is going to Sea The Moon. She is a gorgeous mare, it is the only mare Gerhard Schoeningh has and she boards with us." 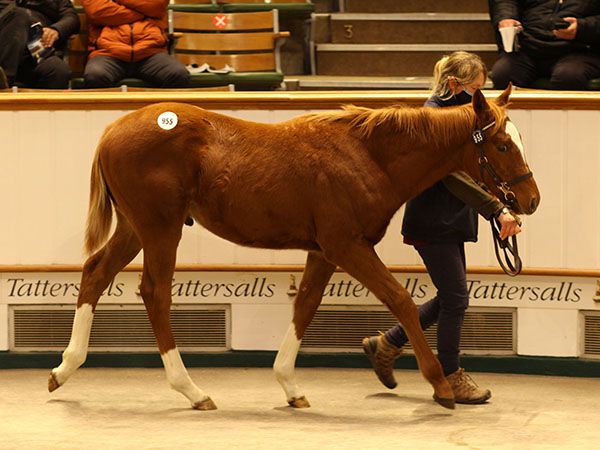 Frankel Brother to Alkumait to Juddmonte for 550,000 Guineas

Mockridge said: "He is an incredibly well-balanced foal, he is a strong foal. The mare has already produced two very good horses and the mare suited Frankel. This is the kind of animal that we are looking for; we struggled to buy yearlings, they were making a lot of money. We have got two by Frankel today so we are very happy."

SUELITA, who was bought at the Tattersalls December Mares Sales in 2013 for 21,500 guineas, is also the dam of Listed winner THE BROGHIE MAN and the Listed placed GLOVES LYNCH.

"Dad bought the mare, the only mare he has bought in the last seven years. I didn’t know he was buying her," smiled Ed Harper of Whitsbury. "But from the very first foal she has thrown nice horses. In the February of his two-year-old career I remember getting a phone call from trainer Brendan Duke who trained The Broghie Man saying I think you've bred a very good horse here. He wasn't wrong.

"Since that phone call it has been all the way up with this mare. We noticed very quickly that we needed to step her up in terms of coverings - hence the Frankel cover."

Of this foal, Harper said: "For a young foal he has such a sound head on him. Nothing phases him; not the travel, not the prep, he was only weaned a couple of weeks before prep – as long as he is well fed he isn't bothered!

"I am so pleased Juddmonte have got him, it is going to be so satisfying to see him in the pink and green. I am delighted, I really appreciate the fact they have bought him. I have to thank my staff too." 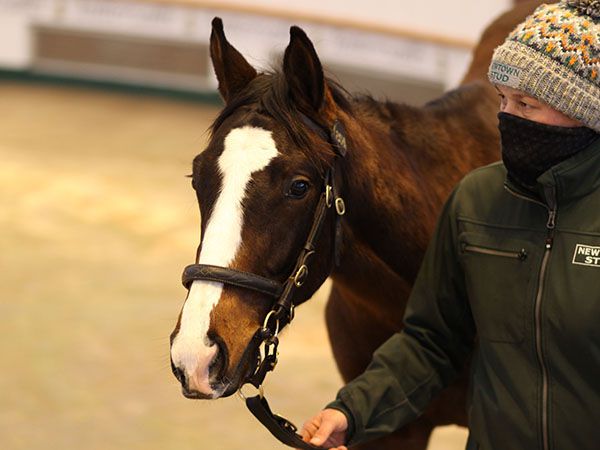 Gerard Lowry’s Oneliner Stables, who bought two of the top three lots yesterday, struck again on the third day of the Tattersalls December Foal Sale to secure the LOPE DE VEGA full-brother to the Tattersalls Irish 2,000 Guineas winner PHOENIX OF SPAIN for 300,000 guineas.

The son of the KEY OF LUCK mare LUCKY CLIO was consigned to the sale by Newtown Stud on behalf of Arild Faeste and his daughter Nina of Tourgar Bloodstock.

Newtown Stud’s Cathy Grassick explained the story behind the colt's sale and the purchase of his dam LUCKY CLIO:  "Nina was my best friend, we started bid spotting together and that is how I got to know her parents and then they asked me to buy some mares – I bought Lucky Clio and that was the first mare I bought for them," she said.

"I would say there are a couple of very emotional people back in Ireland, we are now selling the full-brother to Phoenix Of Spain and Cherry [Arild's late wife] passed away in the middle of Phoenix Of Spain's career and did not get to see him win the Guineas."

Of LUCKY CLIO, who has certainly lived up to her name since her purchase at the Tattersalls December Mares Sale in 2007 for 17,000 guineas, Grassick said: "The mare is quite petite and pretty, and she is a great producer and takes something from every stallion she goes to. She is so solid.

"Arild does everything in the year with them – we just get them to foal and prep for the sales. He does a great job and it is a great farm. Until two years ago he only had two mares – the other mare bred Grandeur!”

The Tattersalls December Foal Sale continues with the fourth and final session at 10am on Saturday 28th November.