The exciting colt ENGLISH KING broke the record price for a colt in training on day three of the Tattersalls Autumn Horses in Training Sale when selling for 925,000 guineas on a day that saw five lots sell for 300,000 guineas or more.

The Derby fifth ENGLISH KING was always going to be the star attraction at this year’s Autumn Horses in Training Sale when he was added as a ‘Wildcard’ to the catalogue. The son of CAMELOT, who was consigned by Ed Walker Racing, initially caught the attention of Alastair Donald before well-known consignor Ted Voute and locally based agent Armando Duarte went head-to-head to secure the colt. In the end it was Duarte who was successful with his bid on 925,000 guineas on behalf of Paul Moroney Bloodstock and his brother Mike Moroney’s Ballymore Stables.

Paul Moroney, via Duarte, said: "English King’s track record performance winning the Lingfield Derby Trial beating St Leger runner-up Berkshire Rocco was one of the most breathtakingly dominant performances anywhere this year. He is clearly a highly talented colt with loads of quality and we are thrilled to have secured him.

"Through their joint sire Camelot and with similar race records at the same stage, English King maps the same as last weekend’s Cox Plate winner Sir Dragonet. We’ve bought him for a syndicate headed by two New Zealand businessman and a collection of Ballymore Stables’ Australian clients.

"He’s certainly an exciting addition to the team and our first time playing at this very high level so one could say the pressure is on for him to perform. He will head ‘down under’ in December to join Mike’s Flemington stable in early January and then play it by ear. He will likely race in our autumn, but next spring will be the main focus going forward."

ENGLISH KING won the Listed Lingfield Derby Trial for trainer Ed Walker and started second favourite in the Derby where he finished a fast-closing fifth for owner Bjorn Nielsen.

"It is a bit bittersweet, I'd have far rather won the Derby!" rued Walker.   "Unfortunately it is a perfect storm. I would have loved to hang on to him, but it is a great result and Bjorn puts a lot into the game and it is great to get a big result like that."

Walker was an assistant to Luca Cumani who always sold his horses well at this sale, and Walker reflected on continuing that tradition:

Looking at the year that has been with ENGLISH KING, Walker added: "We have had a great journey with him, and he made lockdown a bit more interesting!

"I am very grateful to the guys who bought him and wish them every bit of luck, and I hope he wins the Melbourne Cup for them. I think he is tailor-made for the Cup - he'll stay, he travels, he loves fast ground and I will be thrilled if he does that for them." 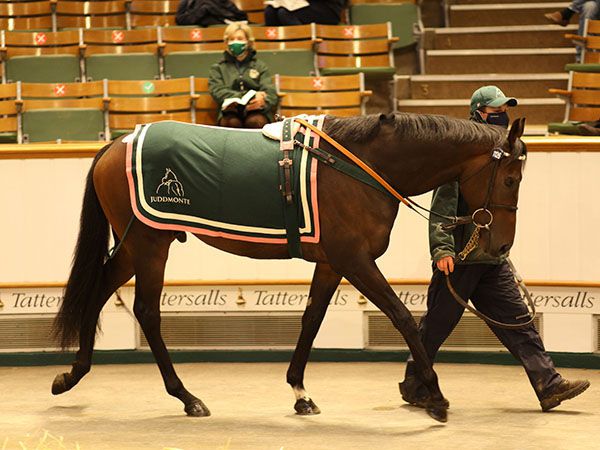 Duarte and Moroney Strike for Emissary

The same team of Duarte, Ballymore and Moroney also struck earlier when securing the Hugo Palmer-trained EMISSARY from the always sought-after Juddmonte draft for 350,000 guineas. Rated 108 by ‘Timeform’, the son of KINGMAN was a last start winner of a Class 2 handicap at Yarmouth and also attracted the attentions of trainer Ed Dunlop who ended up the underbidder on the three-year-old half-brother to Derby winner WORKFORCE.

"It is the same story as yesterday," said Duarte. "We have probably paid a bit more than we expected to, but he is a nice horse. Hopefully he is a nice horse for next year, he is improving all the time and he has not had many runs and he is by a good sire.

"This sort of horse does not come onto the market very often. The background family, the first dam and second dam, is very important to the buyers, and this horse passed the vet too, which is very hard, and he has to be at the right price."

Looking ahead, Duarte added: "He is 16.2hh and there is plenty more to come from him, he could be a special horse in Australia."

Another star of the Juddmonte Farms draft was the four-year-old colt DEREVO who was knocked down to Voute Sales’ Ted Voute for 340,000 guineas on behalf of Saudi Arabian Najd Stud. The son of DANSILI was trained by Sir Michael Stoute and offered with a ‘Timeform’ rating of 109.

Voute commented: "We like to buy from the Juddmonte draft, and Dansili as a sire in Saudi Arabia is a big plus. This horse has good form, has been well produced and the aim, like the other purchases, will be the Saudi Cup international race day." 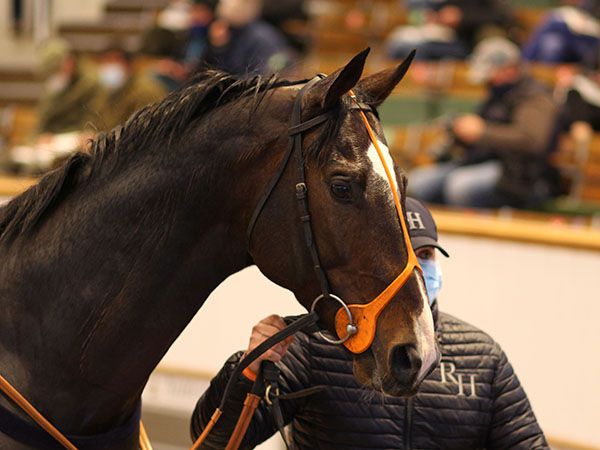 Voute also struck to secure the four-year-old colt URBAN ICON for the same connections for 320,000 guineas. The Richard Hannon-trained son of CITYSCAPE is ‘Timeform’ rated 118 and was most recently a close fourth in the Group 2 Park Stakes at Doncaster behind the ill-fated WICHITA.

"He is big and robust and will stand a lot of training out there, he was my pick of the day," said Voute, who was taking instructions via FaceTime on his mobile.   "He is a tough and consistent sort, and he will go on quicker ground. He will ship out to Saudi and we can see how he acclimatises and adjusts before any plans are made, however the ideal plan would be to do the normal route through the Cup races and then see if he will be good enough for the big Saudi international day." 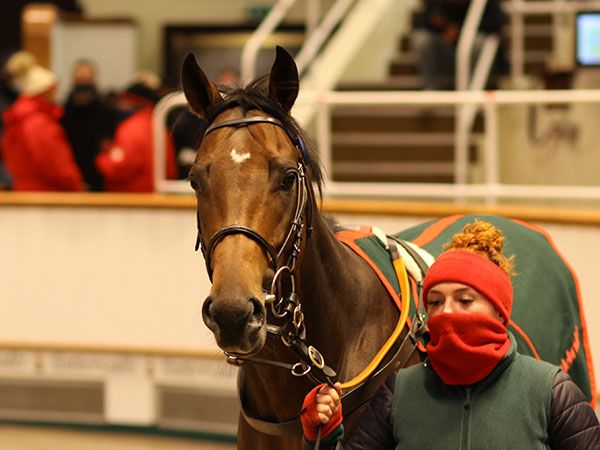 Australian buyers have had a major impact on the 2020 Autumn Horses in Training Sale and another top-class prospect set to travel to the southern hemisphere is the KODIAC three-year-old BULLFINCH. Consigned by the Castlebridge Consignment on behalf of Waddesdon Stud, the Roger Charlton-trained son of the Champion mare THISTLE BIRD was knocked down to John Ferguson for 370,000 guineas on behalf of Chris Waller Racing.

"Bullfinch has got undoubted ability, he has been beautifully trained and the mother went on to be a champion older mare, she was wonderful," said Ferguson. "The sire Kodiac has had the winner of the Caulfield Cup in Best Solution, whom we bought as a yearling a few years ago. So from an Australian point of view, there are a lot of reasons to think Bullfinch could be a lot of fun."

BULLFINCH, who has only run five times and was offered with a ‘Timeform’ rating of 109p, was sold as part of the complete dispersal of the Rothschild family’s Waddesdon Stud.

The Tattersalls Autumn Horses in Training Sale continues with the fourth and final session at 9.30am on Thursday, October 29th.