The Richard Hannon trained FANCY MAN was the star turn of the third session of the Tattersalls Autumn Horses in Training Sale, selling for 675,000 guineas to Australian interests on a day that saw sustained global demand. The turnover for the day was a remarkable 13,532,000 guineas which was a record for a session at the world’s largest horses in training sale.

Leading the way on the third day was the four-year-old colt FANCY MAN, who was knocked down to Blandford Bloodstock’s Stuart Boman for 675,000 guineas after he saw off a plethora of bidders. Boman secured the son of PRIDE OF DUBAI on behalf of Annabel Neasham Racing despite the efforts of BBA Ireland’s Michael Donohoe, the team from Wathnan Racing, agent Armando Duarte and an online bidder.

Boman said: "We wanted a Melbourne Cup horse so we thought we'd come and buy the best horse here, and I genuinely think he is. He has been running at a very high level for a long time, he has been beautifully trained by Richard Hannon and I have followed him through the year. He vetted very cleanly.

"Annabel is extraordinarily brave and willing to go to that sort of figure - we always knew he'd be an expensive horse, although you never really know what they are going to make. But you either get on with it and buy them and make it happen, or you don't.

"He is a highly rated horse and you are really buying the number. He is a 119 rated horse, the highest rated horse here and he runs to 110 every week. The form is there to see - he was a Group winning two-year-old, he has been high class all the way through and he is one of those horses who can perform over 1m4f, yet we think he will get 2m in Australia."

Of ownership plans, Boman said: "Annabel had 200 people sign up expressing an interest to get involved with whatever horse we bought; I am sure she will be able to sell him! She has been very patient and we think we have bought a Cup horse."

Boman and Neasham have enjoyed great success previously at the Tattersalls Autumn Horses in Training Sale with the pair purchasing ZAAKI for 150,000 guineas in 2020, one of this year's catalogue cover stars. The son of LEROIDESANIMAUX has since gone on to enjoy multiple Group 1 successes in the Doomben Cup, Mackinnon Stakes and Underwood Stakes.

FANCY MAN’s outgoing trainer Richard Hannon said: "It is always sad when a horse with that much ability leaves the yard, but it makes way for new horses. He has been a gentleman for us and owner Michael Pescod, and he brought the money I think he deserved. I thought he'd make that - physically he is a gorgeous horse. Trade here is unbelievable." 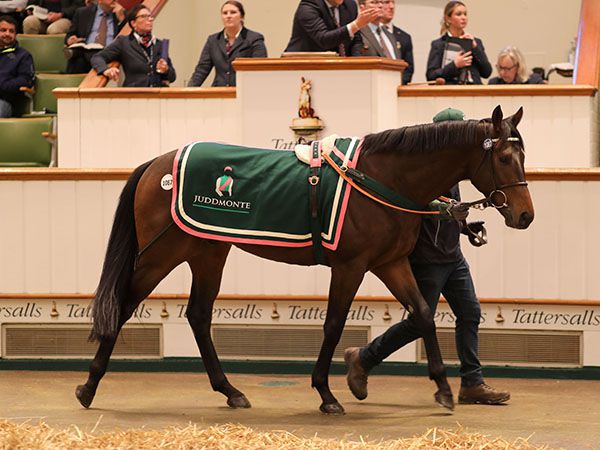 Saudi Arabian buyers have played a major role in the strength of the market at the Tattersalls Autumn Horses in Training Sale and another horse bound for the Kingdom is ONE WORLD, who was knocked down to agent Ted Durcan for 525,000 guineas on behalf of Athbah Racing.

Although an emerging owner in the world of thoroughbred racing, Athbah Racing is currently a leading presence in the Arabian racehorse division and heads this season's Arabian Racing Organisation owners' standings in the UK.

Athbah's manager Dr Abdul Moniem who was standing with Durcan said: "The plan is to take him to Saudi Arabia. We are so delighted as this is the first time for his HRH Prince Abdulaziz bin Ahmed bin Abdulaziz Al Saud to buy a thoroughbred horse at Tattersalls. We have been racing Arabians and are a leading owner, but we are just developing our thoroughbred ownership side."

The two-year-old ONE WORLD is by SEA THE STARS and was consigned to the sale by his owner-breeder Juddmonte Farms. Trained by John & Thady Gosden, the two-time winner was offered with an official rating of 87.

Dr Abdul Moniem continued: "The pedigree is beautiful, he is a very well bred horse and he was bred by Juddmonte which we really like. We like his conformation and he vetted well. He is young too - I think he is a good horse! Ted has been with us and has been very helpful, he is a good man!"

Of plans for ONE WORLD Moniem added: "He will be trained by Lucas Gaitan, who is already training a few horses for us, including Moj'hem who has won well for us." 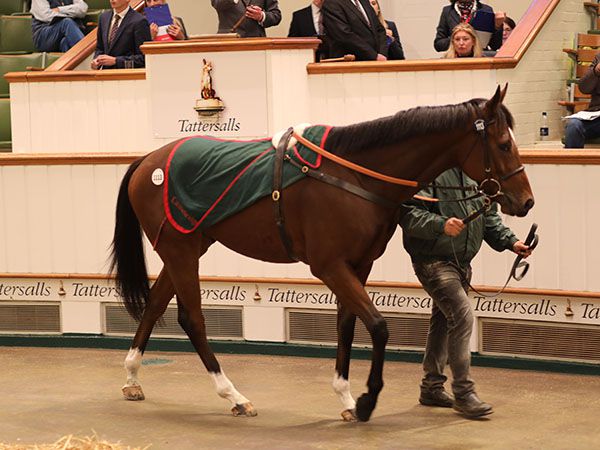 Another horse destined for Saudi Arabia is the John & Thady Gosden trained  MAGISTERIAL who was knocked down for 425,000 guineas to A Alsaid and Andre Pereira. Owned and bred by Bjorn Nielsen, the three-year-old is by FRANKEL out of excellent broodmare HOITY TOITY and was offered by the Castlebridge Consignment with an official rating of 99.

Bloodstock agent Andre Pereira was assisting the new buyers and said: "Sami Alhurabi will be training the horse, he liked him when he saw him here. The team like him being by Frankel and he has a great pedigree too. The intention for the horse is to be aimed for the Saudi World Cup day, depending on how he adapts to the new environment. And yes, we thought we'd have to pay that for him!"

He added: "The owner is new to racing and he is ambitious and keen to get to have a runner on Saudi Cup day."

FINEST SOUND, trained by Simon & Ed Crisford and owned by Sheikh Mohammed Obaid Al Maktoum, is destined for Saudi Arabia having been knocked down to the Najd Stud team for 350,000 guineas, after they saw off the effort of underbidder Stuart Boman of Blandford Bloodstock.

Najd Stud spokesman Saad Al Saud said: "He is a very good horse, hopefully he will acclimatise quickly. We have bought him for the Saudi Cup meeting, we don't know which race yet. It depends on how he will do - he will be racing on a different surface and in a different country."

Saad added: "It has been a very good market here, there are a lot of people from all around the world here to try and buy horses, we have been underbidder to three or four different groups from Australia and from America."

FINEST SOUND has been a model of consistency this year, finishing second in the Group 2 Celebration Mile at Goodwood three starts back before placing in the Grade 1 Woodbine Mile in Canada behind MODERN GAMES. The five-year-old son of EXCEED AND EXCEL is out of the DUBAWI mare AMPLIFIER and was offered with a Timeform rating of 114.

The Tattersalls Autumn Horses in Training Sale concludes with the fourth and final session commencing at 9.30am on Thursday 27th October.