Fillies by NO NAY NEVER and DUBAWI headlined the opening day of the Tattersalls October Yearling Sale when selling for 825,000 guineas and 800,000 guineas respectively. The opening session saw turnover of 25,201,000 guineas, at an average of 210,008 guineas and a median of 152,500 guineas.

German pinhooker Philipp Stauffenberg enjoyed his best ever return in a sale ring when the NO NAY NEVER sister to the Group 2 Coventry Stakes winner and Group 1 Dewhurst Stakes second ARIZONA was knocked down for 825,000 guineas to Cheveley Park Stud's Chris Richardson. The daughter of the ENGLISH CHANNEL mare LADY EDERLE is also a sister to the Grade 2 winner NAY LADY NAY and was secured by Richardson after he saw off Juddmonte Farms’ Simon Mockridge. She was a €260,000 foal purchase.

Richardson was stood alongside Patricia Thompson, the owner of Cheveley Park, and her son Richard.

"She was the one we really wanted," said Mrs Thompson. "She is a beautiful filly and she was first on the short list. We were looking for a filly for the broodmare band, we will get her broken in and make some plans."

The Stephen Sullivan-bred bay filly was purchased by Philipp Stauffenberg as a foal for €260,000 and hails from the family of Champions DABIRSIM and SEA OF CLASS. Explaining his reasoning behind his purchase last autumn he commented;

"I bought her because she is an outcross and would be attractive for the big farms, and that was exactly what the case was. She was a top horse for every breeder, it didn't matter who. But she still needed to be a good physical, otherwise I wouldn't have bought her.

"The racecourse is the primary goal, today is just one step. Hopefully she will prove that she is worth what Cheveley Park have spent. It is wonderful that Mrs Thompson goes on and spends something like that. This is not a filly in training Mrs Thompson will have to wait for her, it is a future investment and it is very encouraging for the industry."

He added: "All the sales companies wanted to have her, but she has done so well I think she deserved to be in the top sale, this is the top sale." Juddmonte Farms’ Simon Mockridge didn’t have to wait long after the missing out on the top lot of the day, striking to secure the DUBAWI filly out of the Group 2 winning MONSUN mare LONGINA for 800,000 guineas. Newsells Park Stud consigned the filly on behalf of breeder Al Shahania Stud.

"We were strong on the No Nay Never filly, but not strong enough," said Simon Mockridge. "This is a very, very nice filly, by Dubawi who for us is a great outcross for the longer term for stallions such as Kingman and Frankel. But she is also a great free moving filly, who showed very well."

Of plans for Juddmonte, Mockridge continued: "The positive news is that Prince Khalid's family want to continue to develop Juddmonte and we need to buy some outcross fillies, and that is the reason why we are here. The No Nay Never and this Dubawi filly fitted the bill perfectly.

"It has been a tough year, a very difficult year losing Prince Khalid, but the family is committed and is showing that it is committed to the future. The Prince left us with a great legacy and it is there for us to drive forward. It is fortunate in that we have a very strong stallion base, we are very fortunate to have Frankel and Kingman. That is number one, it keeps us going, and we just need to refresh a little bit.

"Fillies like these are very rare and very difficult to buy, you have to be competitive, and I think we have been that.”

Julian Dollar of Newsells said: "We have five lovely horses for the draft from Al Shahania Stud. They have been with us for ten weeks, we have just put a bit of polish on them. They came looking fantastic, produced by a good team. They deserve all the credit, they are very good horsemen."

Bertrand Le Metayer, bloodstock advisor for Al Shahania who was at Tattersalls with stud manager Arnault Leraitre, said: "The team on the farm in France has done a great job, it is an honour to get such a result with a filly. She has been brilliant from the word go – she goes to sleep, gets up, goes to sleep. She has a great mind and she showed it today. That is what caught the buyers' eyes.

"We thought she was our best yearling and deserved the best sale." 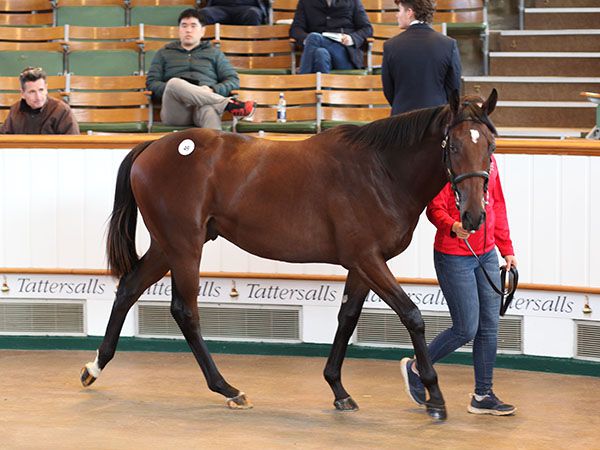 The top priced colt on the opening day of Book 1 of the Tattersalls October Yearling Sale was the LOPE DE VEGA colt out of the Group 1 Premio Lydia Tesio winner GOD GIVEN, who was knocked down to Godolphin’s Anthony Stroud for 725,000 guineas.

The colt, who was consigned by the Player family’s Whatton Manor Stud on behalf of Andrew Stone’s St Albans Bloodstock, is out of a half-sister to the multiple Group 1 winner POSTPONED and is a great grandson of the Champion race filly BIANCA NERA.

"He moved extremely well, he is very light on his feet and he behaved very well here," said Stroud. "He is out of a very good mare from the family of Postponed, whom we know well, and Lope De Vega we like very much. We think he is a very nice horse."

"Andrew Stone of St Albans has entrusted us with God Given, we had Bianca Nera at the farm a long time ago and it has come full circle. We are absolutely delighted with the price, he is such a good walking horse, he walks for fun and he has not put a foot wrong here."

"God Given is at the farm and she has a Dubawi colt foal and she is back in-foal to Siyouni. She is a beautiful mare, we are lucky to have her. The team has done an amazing job prepping the horse so well and shown him so well here," added Player. 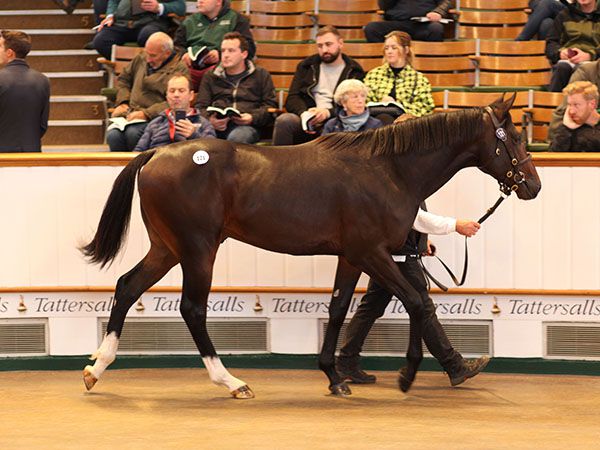 MV Magnier secured the GALILEO colt out of DUTCH ART mare LIGHTNING THUNDER for 650,000 guineas. The colt was consigned by Peter and Frances Stanley’s New England Stud on behalf of breeder Christopher Hanbury.

"He was a gorgeous colt; he had great presence, a very active horse who showed himself well," said consignor Peter Stanley. "He has been very well raised at Triermore Stud and is another fantastic example from an outstanding farm."

The DUTCH ART mare LIGHTNING THUNDER finished second in both the English and Irish 1,000 Guineas for trainer Olly Stevens and owners Mohamed Al Kubasi and Sheikh Fahad Al Thani’s Pearl Bloodstock before being sold at the Tattersalls December Mares Sale in 2015 for 420,000 guineas to BBA Ireland.

Book 1 of the Tattersalls October Yearling Sale continues at 11am on Wednesday, 6th October.