The opening session of the Tattersalls July Sale saw demand across the boards with the ever-popular Godolphin draft the highlight on a day that saw a remarkable clearance rate of 96%.

KALAGIA provided one of the highlights of the opening day of the Tattersalls July Sale when the half-sister to exciting first-season sire PRINCE OF LIR was knocked down to Tim Lane for 130,000 guineas.

"I was rung up by a top-class British breeder and asked to bid on his behalf," reported Lane. "I am not sure of plans, but she has an exciting pedigree and obviously Prince Of Lir is flying."

The daughter of KODIAC was sold by Highclere Stud and is also a half-sister to the Listed winner NITRO BOOST from the family of the Group 3 Sprint Stakes winner RESPLENDENT GLORY. 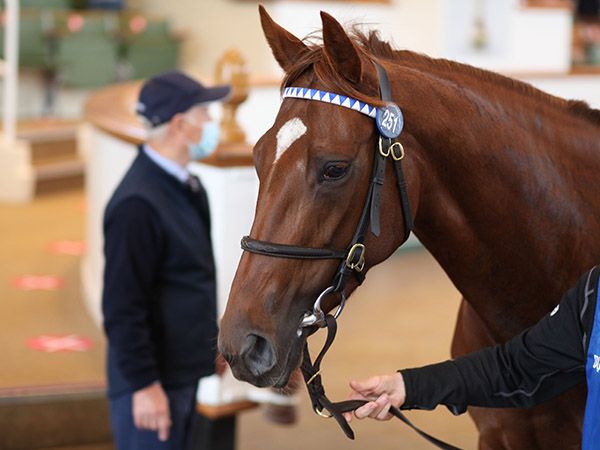 NEW JAZZ was the first lot in the ring from the Godolphin draft and made 130,000 guineas when knocked down to Tony Nerses on behalf of Imad Al Sagar’s Blue Diamond Stud.

"We always wanted a Scat Daddy!" smiled Nerses. "She is a lovely individual, we saw her as a yearling but she was beyond our pocket then. Glad to get her back now. She is a winner and has a decent page, we are very happy! We hope to cover her with our own stallion Decorated Knight, she should suit him."

NEW JAZZ was sold in-foal to Champion three-year-old sprinter HARRY ANGEL on a February cover. The four-year-old daughter of SCAT DADDY is out of a half-sister to TRAFFIC GUARD, runner-up in the Group 1 Irish Champion Stakes.

There was also spirited competition for the well-bred GENTLEWOMAN from the Godolphin draft. Taking instructions on the phone, Roger Varian made the winning bid at 125,000 guineas for the daughter of SHAMARDAL to see off underbidder Kevin Buckley.

"She is for someone who could not travel due to the current restrictions, and I have just helped out," said Varian. "It is likely she will be going abroad. She is from a good family."

GENTLEWOMAN was also sold in foal to HARRY ANGEL, and is a half-sister to the black-type performers INTERLOCUTER and SPELLWORK, out of SATIN KISS, an own-sister to Godolphin's Group 1 Middle Park Stakes winner LUJAIN. 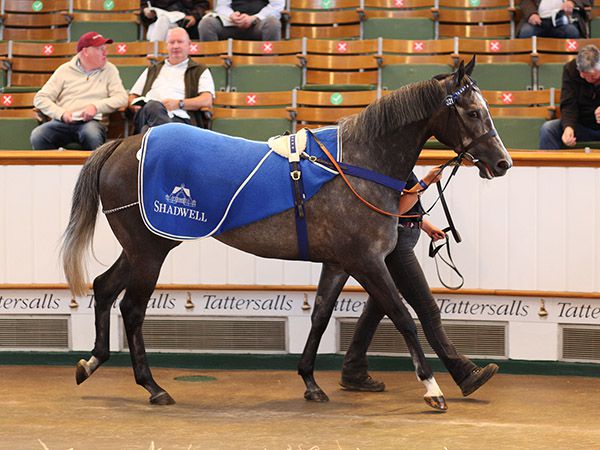 Kevin Buckley had previously struck at 100,000 guineas on behalf of Barronstown Stud for the well-bred DARK ANGEL filly MONYA, a half-sister to the Group 2 winners HAWKSMOOR and ROYAL DORNOCH.

"I have bought her for David and Diana Nagle of Barronstown Stud,” reported Buckley. “They bred her so know her well."

MONYA is also a half-sister to the Group 2 runner-up MAGICAL FIRE and to the dam of the Listed winner FLAMING PRINCESS. The daughter of DARK ANGEL was part of the popular Shadwell draft, whose 23 lots sold for a total of 497,000 guineas.

The Tattersalls July Sale continues at 10am on Friday, July 10.