Two SHAMARDAL fillies from the Godolphin draft were the stars of the opening session of the Tattersalls February Sale which is being held as a ‘live virtual sale’ with no horses or people on site at Park Paddocks and bidding either by telephone or via the Live Internet Bidding portal.

The top lot of the first day was the Godolphin filly BEAUTIFUL ILLUSION who sold for 120,000 guineas and was the subject of an online bidding duel. The four-year-old daughter of SHAMARDAL was offered with an official rating of 89 and won twice for trainer Charlie Appleby as a three-year-old.

BEAUTIFUL ILLUSION is out of the Group 3 Sweet Solera winner LONG LASHES, herself a half-sister to Grade 1 Santa Anita Handicap winner COMBATANT, and was purchased by Avenue Bloodstock’s Mark McStay.

McStay said: "She is the daughter of a very good racemare, whom I remember from my time at Godolphin, and she is by a world-class sire in Shamardal. She had ability herself and achieved a good rating of 89.

"I saw her ten days ago at Moulton Paddocks, Godolphin kindly facilitated a visit. She is a good-walking filly and she was a stand-out today on paper and physically," said the Newmarket-based agent, adding: "She has been bought for an existing client and I am not sure of plans." 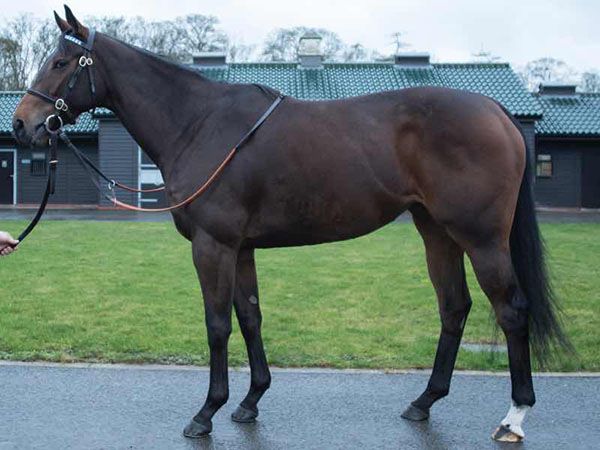 Tally-Ho Stud Strike for Symbol of Love at 65,000 Guineas

The other Godolphin filly to catch the attention of online bidders was the SHAMARDAL filly SYMBOL OF LOVE who was purchased by Tally-Ho Stud for 65,000 guineas with Tony O’Callaghan doing the bidding.

"Bidding was easy online, but that was the only bid we had," he said. "She is for Kodiac – she is by Shamardal and they go well together. She has a good page and looks a nice filly."

SYMBOL OF LOVE is a half-sister to the Listed winning FIREBIRD SONG, and her Group 3-winning second dam MAGNA GRAECIA is the granddam of TERRITORIES, the winner of the Group 1 Prix Jean Prat and three-time Group 1 placed. 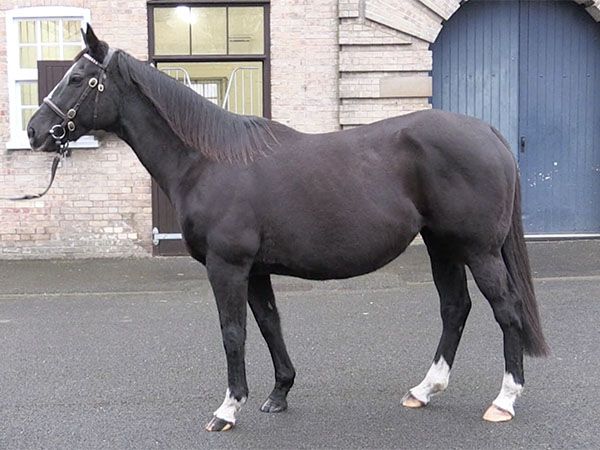 The regally bred mare SWISS KISS was purchased by Knockatrina Stud’s Canice Farrell for 48,000 guineas, bidding by telephone.  Consigned by New England Stud on behalf of Lordship Stud, the daughter of DANSILI is from Lordship’s “Swiss” family being a daughter of the Listed winning SWISS LAKE and a half-sister to the Group and Listed winners SWISS SPIRIT, SWISS DIVA and SWISS DREAM, whose progeny also include the Group & Listed winning sprinters YAFTA and POETRY.

Following the purchase Farrell commented: "I'm chuffed! It’s a good pedigree, she is a good-walking mare, she has a commercial cover and the only negative is that she is a bit late. I hope to send her to either Invincible Spirit or Kodiac.

"I was bidding by phone to Shirley [Anderson-Jolag] of Tattersalls and she told me to go one more to 48,000 guineas, so I have her to thank! I just have to get the mare home now – I have a bunch of trucks [Farrell also has an equine transport business] in the yard doing nothing!"

SWISS KISS was offered with an ACCLAMATION cover. 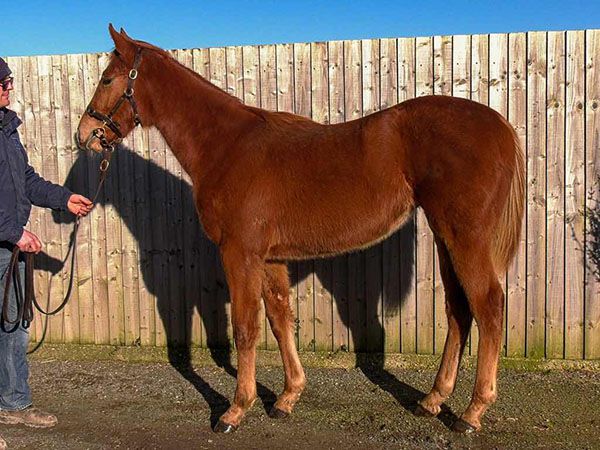 There were a number of ‘short’ yearlings on offer with the top three lots all youngsters offered by Adrian and Philippa O’Brien’s Hazelwood Bloodstock and remarkably, all were purchased by Julie Wood’s Woodstock.

Wood commented: "I have been thinking about this all week and it was strange this morning sitting at home getting nervous before bidding! But you look into the screen and it feels just like you are in the ring. It is exciting now I have bought them, we can make plans!"

Of her purchases, Woods added: "They have all been bought to race. I have really fancied Cracksman and liked the look of both of these, and the Golden Horn. They will go to Charlock Stud now and then into training with Richard Hannon."

The Tattersalls February Sale continues with the second and final session from 10am on Friday, 5th February. Prospective purchasers can register to bid on the Live Internet Bidding platform by registering at www.tattersalls.com/Livebidding.