The third and penultimate day of the Tattersalls December Mares Sale saw continued strong trade with the Godolphin consigned filly BESPANGLED the headline act at 330,000 guineas, bringing the total number of fillies and mares to make 100,000 guineas or more to a record level and turnover to over 61,000,000 guineas.

The highest priced lot of the third session of the Tattersalls December Mares Sale was the Godolphin consigned BESPANGLED, the DUBAWI filly sparking a flurry of bids from around the sale ring before John Davis and agent Billy Jackson-Stops settled into a protracted bidding duel with the latter, bidding from the stairwell, emerging triumphant with a successful bid of 330,000 guineas.

Jackson-Stops was acting on behalf of Elwick Stud and commented:

"The team at Elwick Stud was very keen on her, she was an obvious standout in this session. They have had a lot of good horses along the way, they are revamping the stock and this is one for them. She is a very good individual, she is by Dubawi and there are some nice horses coming along behind her. The pedigree stands out and she will go to the straight to the breeding shed."

Elwick Farm belongs to the Turnbull family and notable successes include the two Grade 1 wins of young stallion MONDIALISTE and two Group 1 wins by the perennially popular LORD GLITTERS, who won the Group 3 Bahrain International Trophy as an eight-year-old on his most recent start.

An unraced daughter of the Listed winner PURE DIAMOND, BESPANGLED is a half-sister to the promising two-year-old SYMBOL OF LIGHT, an impressive winner of two of his three starts for Charlie Appleby earning an official rating of 91. PURE DIAMOND also has a yearling filly by FRANKEL and foaled a colt by KINGMAN this year.

BESPANGLED’s second and third dams are both German two-year-old Champion fillies; with second dam WHITE ROSE a subsequent runner-up in the Deutsches Derby and German 1,000 Guineas. Third dam WILD ROMANCE is the dam of two Group 2 winners and the granddam of Group 1 performers WILD COCO, WIN FOR SURE and PATH WIND. 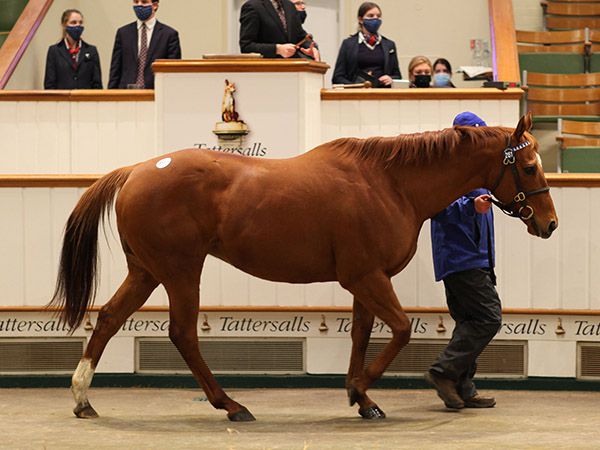 The regally bred mare RAGSAH was another Godolphin consigned lot to find favour with buyers, with Hazelwood Bloodstock’s Adrien O’Brien seeing off the attentions of persistent underbidder Billy Jackson-Stops to secure the daughter of SHAMARDAL for 130,000 guineas.

RAGSAH boasts as exceptional page as a half-sister to the dual Champion and four-time Group 1 winner DUBAI MILLENNIUM. The pair are out of the Group 2 winner and dual Group 1 placed COLORADO DANCER, a daughter of the exceptional broodmare FALL ASPEN who is the dam of four Group/Grade 1 winners, two further Group 2 winners and a Group 3 winner. Recent representatives of the family in Europe include the Group 2 Lowther Stakes winner THREADING and the Derby runner-up DEE EX BEE.

"She has been bought for an existing client, one of our greatest supporters. We are delighted to get a mare with that profile. She has not got a blemish-free breeding record, but she is a sister to an iconic horse.

He added: "It is brilliant, it bolsters the team at home fantastically well. We will take her home, regroup and make a plan. We have absolutely nothing in mind as yet." 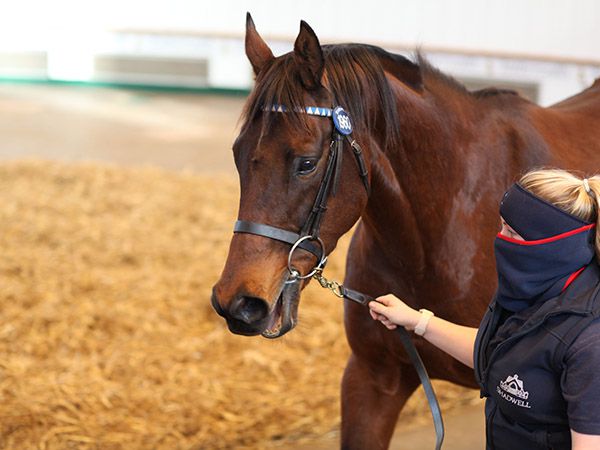 Strong demand for the Shadwell Estates consignments has been a feature of recent Tattersalls sales and their popular draft at the Tattersalls December Mares Sale proved no exception, providing six of the top ten lots of the third session. The highest of those was the DUBAWI mare NAWASSI, who was purchased by Yeomanstown Stud for 120,000 guineas.

"I think she will go to Supremacy. Her Dark Angel was very good so it will be bred on the same lines, we’re trying to buy some nice fast mares for Supremacy and we’ve bought seven mares now. She’s a very good-looking Dubawi, from a very good family as a daughter of a Queen Mary winner – that was a big draw. Her foal who sold here the other day was a beauty and Philip Stauffenberg bought him, it makes it a lot easier to buy these mares when you can see what they’re producing. She was the one today that we wanted to buy and we’re very glad to get her."

O’Callaghan continued: "We’re very excited about Supremacy. He’s gone down extremely well with breeders so it is a very exciting year ahead. It is our first Group 1 winner since Dark Angel to go to stud; if he can be half as good as Dark Angel we’ll be happy!"

A winner herself at two, NAWASSI is out of the GREEN DESERT mare MAQAASID who won the Group 2 Queen Mary Stakes and placed in the 1,000 Guineas and the Group 1 Cheveley Park Stakes. MAQAASID’s half-sister JUMOOH is the dam of four Group/Listed winners including the Group 1 Sydney Cup winner SHRAAOH and Group 2 winner RAHEEN HOUSE. It is the exceptional Shadwell family of 1,000 Guineas and Group 1 Coronation Stakes winner GHANAATI, Group 1 Champion Stakes runner-up MAWATHEEQ and the Oaks placed RUMOUSH.

NAWASSI is carrying to Shadwell’s exciting young Group 1 Commonwealth Cup winner EQTIDAAR and produced a filly by EXCEED AND EXCEL in 2020 and a colt by DARK ANGEL this spring.

The Tattersalls December Mares Sale continues at 9.30am on Thursday, 2nd December with the fourth and final session.