Fillies from the drafts of Juddmonte Farms, Godolphin and Shadwell Estates were the flavour of the day on the third and penultimate day of the Tattersalls December Mares Sale. Leading the way was the Juddmonte filly CRESSIDA at 360,000 guineas on a day that saw 11 lots sell for 100,000 guineas or more and a clearance rate of 88%.

The top lot on the third day of the Tattersalls December Mares Sale was the three-year old DANSILI filly CRESSIDA who was knocked down to Demi O’Byrne for 360,000 guineas on behalf of Peter Brant’s White Birch Farm.  A winner on debut for John Gosden and offered with a ‘Timeform’ rating of 91, CRESSIDA is a sister to the Grade 3 winner and Grade 1 Beverley D Stakes second GRAND JETE.

"She is a very nice physical and a great walker," said O'Byrne.

CRESSIDA is out of the ZAMINDAR mare MODERN LOOK, the winner of the Group 2 Prix de Sandringham and a daughter of the Group 1 Cheveley Park Stakes winner PROPHECY. 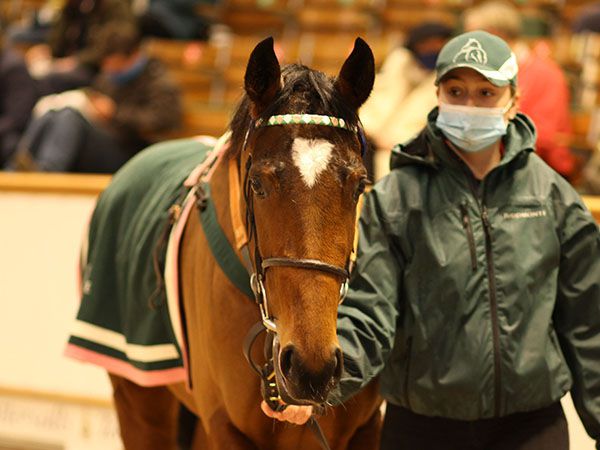 Sister to Timepiece to MAB Agency for 190,000 Guineas

Marc Antoine Berghgracht’s MAB Agency bought the beautifully bred BRINJAL for 190,000 guineas on behalf of French breeder Jose Delmotte. The daughter of KINGMAN out of the SADLER’S WELLS mare CLEPSYDRA is a half-sister to TIME SAVER who realised 850,000 guineas last night.

BRINJAL is a half-sister to the Group 1 winners TIMEPIECE and PASSAGE OF TIME, the Group 2 winner FATHER TIME and the Listed winner CONTINUUM, whilst her dam CLEPSYDRA is a sibling to DOUBLE CROSSED, the dam of multiple Group 1 winner TWICE OVER, and to SACRED SHIELD, the dam of last weekend’s Grade 1 Matriarch Stakes winner VIADERA.

"It is just a lovely family. She has been bought for French breeder Jose Delmotte’s Haras d'Haspel, which is based in Normandy," explained Marc Antoine Berghgracht.

"The farm started in the last two or three years. We just like her, the pedigree is very active with plenty of fillies and it is a really moving pedigree – you expect the page to look different next year.

"We will think what we will do about stallions, we will probably ask Juddmonte what would be their suggestion!" 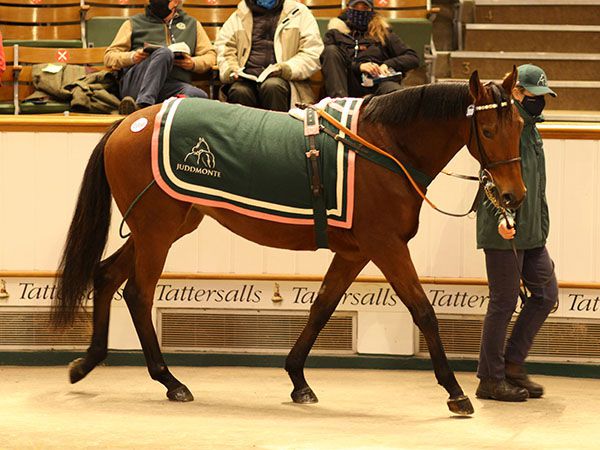 Blandford Bloodstock’s Tom Goff secured ARABIAN DREAM, a full-sister to the top class sire SHOWCASING, for 170,000 guineas. The three-year-old daughter of OASIS DREAM is out of the ZAFONIC mare ARABESQUE and also counts Yeomanstown Stud’s resident stallion CAMACHO as a sibling.

"I thought we had her at 65,000 guineas!" smiled Goff. "Oasis Dream is a fantastic broodmare sire, she is going to go and be a mummy straight away. The page speaks for itself, she will be going to Ireland."

The Juddmonte Farms consignment today realised a total of 1,526,000 guineas for the 20 fillies offered, taking their total for the sale when including the mares on Monday to 3,378,500 guineas for the 37 lots sold. 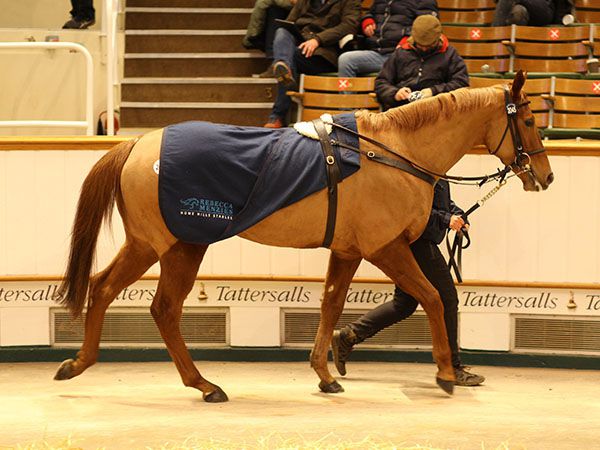 "She has been absolutely amazing for us, she has improved as the year has gone on," said Menzies. "Even over the last four weeks since we have backed off her she has improved physically, she has strengthened up a lot. There is loads more to come from her as a racemare, and she is going to make a brilliant broodmare down the line. Somebody is going to have a lot of fun with her, and a lot of success at a higher level."

Twomey will be hoping that he can achieve the same result with this filly as he did with SONAIYLA, who was Group 1 placed subsequent to her purchase and sold yesterday for 900,000 guineas to Moyglare Stud.

"She is a nice filly and looks to have progressive form, and obviously she is by Night Of Thunder. Hopefully we will have a campaign with her next year, she is for an existing owner. She has shown ability and she has been unlucky an odd time. She is a nice big strong filly, and a winter might help her improve," commented Twomey.

Looking ahead, he added: "Her dam's sister has had a Group 1 winning two-year-old this year, it is a deep pedigree and she has good residual value as a broodmare."

The Group 1 winning two-year-old he was referring to was TIGER TANAKA, winner of the Prix Marcel Boussac for trainer Charley Rossi at Paris Longchamp and a daughter of MISS PHILLYJINKS, a half-sister to REFUSETOLISTEN.

The Tattersalls December Mares Sale concludes with the fourth and final session at 9.30am on Thursday 3rd December.