Tally-Ho Stud provided the top lot on the second consecutive day as the Tattersalls Craven Breeze Up Sale came to a close with significant increases in the average and median and the third highest turnover in the sale’s history.

The daughter of KODIAC catalogued as lot 96 was one of the session's expected highlights and the Tally-Ho consigned filly lived up to her star billing when knocked down to trainer Michael O’Callaghan for 460,000 guineas. Bids came in from agents Jake Warren, Richard Brown and David Redvers, but it was O'Callaghan, stood alongside Amo Racing’s Kia Joorabchian who emerged successful.

"I have bought a lot of good horses off Tally-Ho - Blue de Vega, Twilight Jet, Now Or Never to name just a few," said O'Callaghan. "She is a lovely filly, she did a very fast breeze and is a lovely physical with a great pedigree. She ticks all the boxes and hopefully she will make up into a Royal Ascot filly. She looks fast and Royal Ascot will be the hope. She has been bought for Amo Racing, who are new to the yard this year."

Bred by Tally-Ho Stud, the filly is out of the Listed-placed FASLIYEV mare YAJALA, dam of the Listed winning, Group 3 placed EVIL SPELL and the Group 3 Jersey Stakes runner up SOCIETY POWER. It is the extended family of the sprinter MIND GAMES.

Tally-Ho Stud ended the Tattersalls Craven Breeze Up Sale as the leading consignor with their eight sold lots realising a total of 1,787,000 guineas. 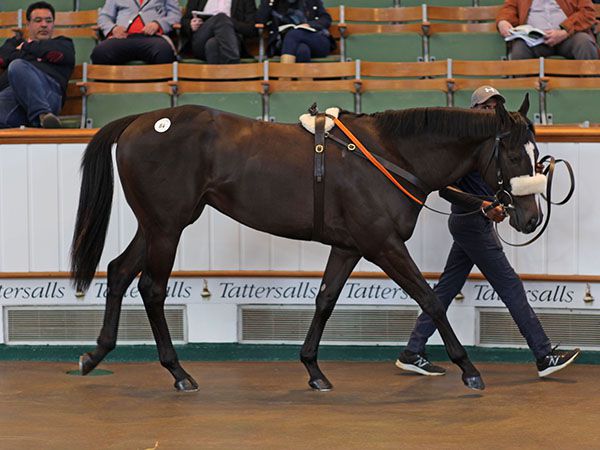 Stroud, who purchased last season’s Champion two-year-old NATIVE TRAIL at this sale last year on behalf of Godolphin, had earlier watched as that colt retained his unbeaten record with a record-breaking victory in the Craven Stakes at Newmarket.

"He is a very nice horse and will stay in England, he was bought for Bahrain’s KHK Racing," said Stroud. "He moved very well, did a good breeze, is from a good consignor; he ticked the boxes. He is the horse we wanted to get to tonight. Richard Brown is a very good judge and he was the underbidder. He looks a real two-year-old and Sioux Nation has had a winner."

Consigned by Willie Browne’s Mocklershill, the sale represented a major return on his yearling purchase price of €50,000. 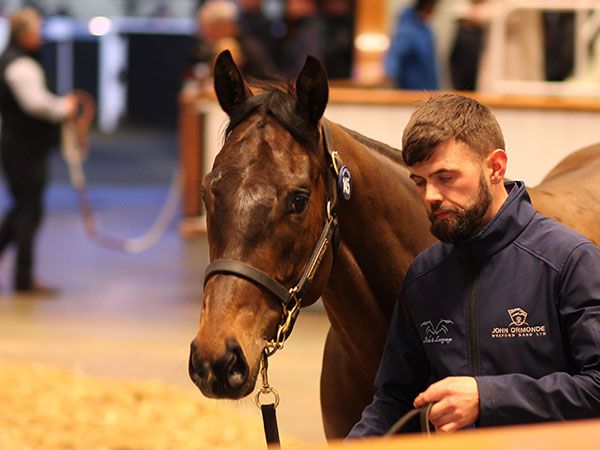 Longways Stables’ Mick Murphy sold the third top price of the day when his KINGMAN colt sold for 300,000 guineas to agent Ross Doyle after he saw off French agent Nicky de Balanda. The colt is out of the TEOFILO mare FATE, a Group 3 winner and Group 1 placed half-sister to the Champion racemare PRIDE.

Successful purchaser Ross Doyle said: "He is a real good physical for that type of stallion; very straightforward, a good mover, he breezed well and is probably a seven furlong-miler type of horse. He has a good pedigree. We have been lucky buying off Sarah and Mick from Longways, we bought Witch Hunter last year."

Doyle signed in association with Omnihorse, and explained: "It is a new syndicate, Kia from Amo Racing is involved and hopefully it will be exciting." 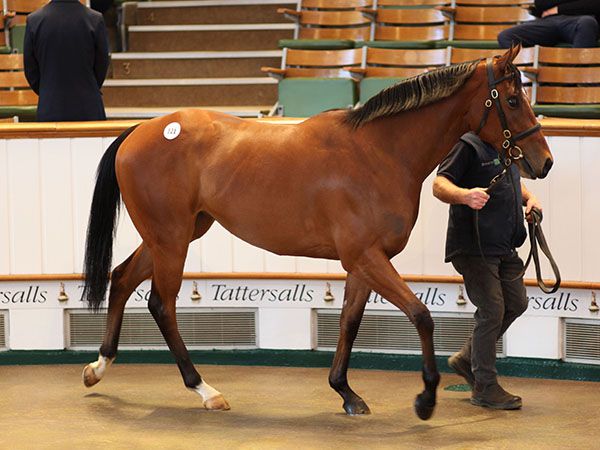 Stetchworth and Middle Park Studs’ Bill Gredley secured the ZOUSTAR filly out of the OASIS DREAM mare CORDIAL for 270,000 guineas after seeing off Tweenhills’ David Redvers, who stand the exciting Australian shuttle stallion.

"I was underbidder on lot 116, but I like this filly. A lot of people liked her, she was a lot of money but if you want something good you have to pay a lot of money," said Gredley.

"We have the stud, so we will race her and if she gets to the track and wins she will be a breeding prospect further down the line," he added.

"I don't often buy at breezes, but we took a look at her and she has a nice personality. I don't know yet who will train her but I will have a chat with my son Tim who is currently showjumping in Spain. It is really exciting, and I can name her!"

Consigned by Jim McCartan's Gaybrook Lodge Stud, the filly was bought as a yearling for 70,000 guineas by MC Bloodstock from Galloway Stud at the Tattersalls Somerville Yearling Sale.

At the conclusion of the 2022 Tattersalls Craven Breeze Up Sale, Tattersalls Chairman Edmond Mahony commented;

“The fact that the Tattersalls Craven Breeze Up has produced the winners of both of this week's premier Classic trials, CACHET and the unbeaten Champion NATIVE TRAIL, is a powerful endorsement of our premier Breeze Up Sale and the competition for the two year olds over the past two evenings has reflected the sale’s reputation for consistently delivering two year olds of the very highest calibre.

“The array of lucrative Tattersalls bonuses on offer for all Craven Breeze Up purchases continues to attract owners and trainers in all sectors of the market and the domestic buyers have faced stiff opposition from a diverse crowd of overseas buyers, all of whom have contributed to a Craven Breeze Up Sale which has posted gains in the key metrics of average, median and turnover, albeit with a clearance rate which has not matched last year’s record level. In addition to the strong overseas contingent from America, Bahrain, Dubai, France, Italy, Kuwait, Qatar and Saudi Arabia, we have had live internet bidders registered from Hong Kong and Japan and the global profile of the Tattersalls Craven Breeze Up continues to rise.

“As ever there have been some outstanding pinhooking triumphs, all of which reflect the professionalism of the consignors whose support of the Craven Breeze Up is key to its success. As an unbeaten European Champion, NATIVE TRAIL may be a hard act to follow, but we look forward to rewarding even more owners with lucrative £15,000 Craven Breeze Up Bonuses and hopefully to another winner of either of the substantial Royal Ascot and Group 1 bonuses. In the meantime there are plenty more quality two years olds on offer at the forthcoming Tattersalls Guineas Breeze Up and Horses in Training Sale and we look forward to sustaining the momentum from a successful Craven Breeze Up.”