NATIVE TRAIL produced a dominant performance in the Group 1 National Stakes at the Curragh to win the inaugural £125,000 Tattersalls Craven Group 1 Bonus and crown a spectacular weekend of success for Tattersalls graduates who claimed four Group 1 victories in Britain, Ireland and France.

Unbeaten in three starts, the Charlie Appleby trained colt was a 210,000 guineas purchase by Godolphin at the Tattersalls Craven Breeze Up Sale and added the £125,000 Group 1 bonus to a £15,000 Craven Breeze Up Bonus won on his debut. Consignor Oak Tree Farm will collect a £25,000 share of the £125,000 prize for NATIVE TRAIL’s victory and had previously purchased him with Margaret O’Toole for 67,000 guineas from Kildaragh Stud at Book 1 of the Tattersalls October Yearling Sale. Graduates of Book 1 of the Tattersalls October Yearling Sale claimed a remarkable four Group 1 victories over the weekend, including an emphatic win in the St Leger by Godolphin’s HURRICANE LANE. Purchased by Godolphin for 200,000 guineas from John Troy, who consigned him on behalf of breeder Philippa Cooper, HURRICANE LANE powered clear of the field to claim his second Classic win. The Charlie Appleby trained colt’s only career defeat came when third in the Epsom Derby, since when he has claimed Group 1 victories in the Irish Derby and a six-length tour de force in the Grand Prix de Paris. 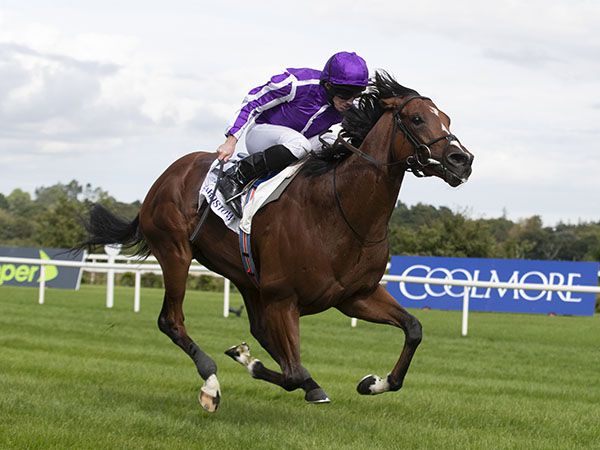 Across the Irish Sea ST MARK’S BASILICA triumphed in a top class renewal of the Irish Champion Stakes, defeating the Breeders’ Cup Turf heroine TARNAWA and the 2,000 Guineas winner POETIC FLARE to claim his fifth straight Group 1 victory. Purchased for 1.3 million guineas from Norelands Stud by MV Magnier at Book 1 of the Tattersalls October Yearling Sale, ST MARK’S BASILICA was crowned European Champion Two-Year-Old following victory in the Group 1 Dewhurst Stakes and has established himself at the head of world rankings with two Classic victories and impressive victories in open company in the Group 1 Coral-Eclipse and Irish Champion Stakes. 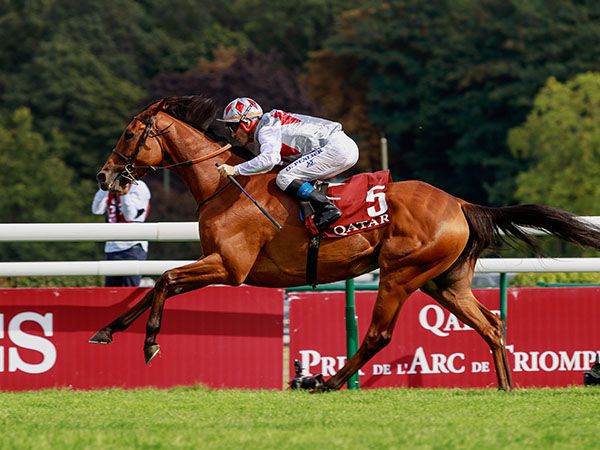 The final of the quartet of victories at the highest level was an impressive performance in the Prix Vermeille by the Roger Varian trained TEONA, who was purchased for 280,000 guineas by Hugo Merry Bloodstock from Watership Down Stud at Book 1 of the Tattersalls October Yearling Sale. Always held in the highest regard by her trainer, TEONA produced a decisive turn of foot to defeat the dual Oaks winner SNOWFALL.

Almost a postscript on an extraordinary weekend were five further Group victories claimed by Tattersalls graduates, including a Group 2 two-year-old double by Champions Juvenile Stakes winner ATOMIC JONES and Champagne Stakes winner BAYSIDE BOY, a sixth Group win for the evergreen GLORIOUS JOURNEY in the Group 2 Park Stakes, a Group 2 victory in Australia by TURAATH, and Group 3 success at Leopardstown for the Ger Lyons trained CAMORRA.

Book 1 of the 2021 Tattersalls October Yearling Sale will take place Tuesday 5th to Thursday 7th October. The catalogue is available from Tattersalls and Tattersalls representatives, and online at www.tattersalls.com.