Brown Island Stables’ Johnny Collins was celebrating after his NIGHT OF THUNDER colt lit up the ring when selling for 575,000 guineas to Tom Biggs of Blandford Bloodstock. It was a notable pinhooking triumph  for Collins who had purchased the colt for £72,000 as a yearling.

"I had one by Night Of Thunder last year and really wanted to get another to join the team,” said Collins after the sale. “He went through very early, looked like an April 28 foal, and was only 15 hh high – he is a 16hh horse now! The time delay this spring has probably helped him, but he has always been a powerful galloper."

Of his sire, Collins added: "Who could have foreseen what he would achieve? He has got better books coming forward and he really is taking himself up into the higher brackets."

Tom Biggs saw off the efforts of underbidder Mark McStay and David Redvers after an intense bidding battle to secure the colt and explained;

"He will stay in Newmarket. It was a little more than we had wanted to spend, but you have to pay for this sort of horse. He is a lovely horse, he did a very nice breeze and his sire is doing so well."

The sale-topping colt is out of THURAYAAT, a granddaughter of the Oaks and 1,000 Guineas winner MIDWAY LADY who also produced an Oaks winner herself in Champion three year old filly ESWARAH. 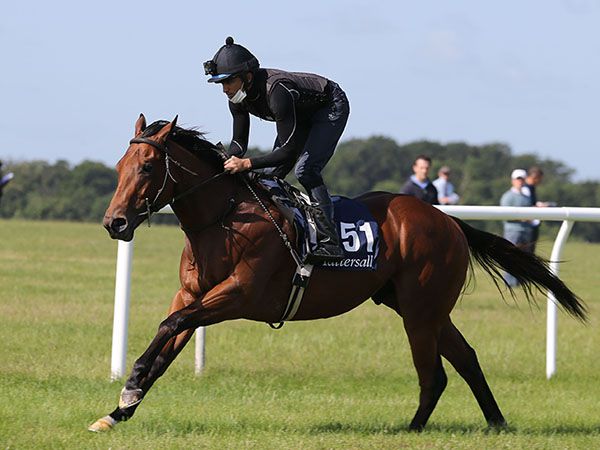 Bids rained in from outside the sale ring from the socially distanced Tattersalls audience for Star Bloodstock’s AMERICAN PHAROAH colt but it was an internet bid that won the day at 400,000 guineas. The successful purchaser was Simon Chappell, who said;

"I know the guys at Star Bloodstock and they've been telling me this colt is a good horse all year. At 400,000 guineas there was no way I was letting a horse like him slip through the net. He's by the sire of the moment in American Pharoah, he did the third-fastest breeze and has a massive stride, so I used the internet bidding system and bought the horse. He'll be going into training with Simon Crisford."

The colt was bought as a yearling by Byron Rogers and Newminster Pinhook for $170,000 and was prepared for Star Bloodstock by Johnny Hassett.

"He has always shown us a lot," said Rogers. "When we let them off in March and asked the draft to point their toes a little bit, he always went well. He is a very quick horse, he breezed as we expected he would.”

The colt is from the second crop of Triple Crown winner AMERICAN PHAROAH, already the sire of seven stakes winners, and is the second foal out of the Stakes winning mare HARLAN’S HONOR whose only runner to date has been Stakes placed in the USA. 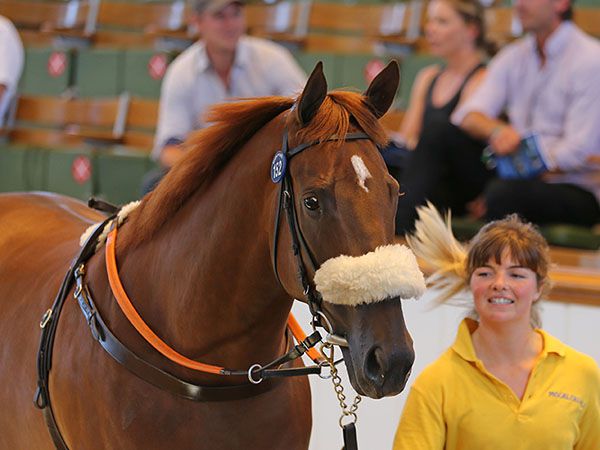 up sales with Stroud Coleman’s Matt Coleman and the team struck the winning bid of 375,000 guineas for Mocklershill’s popular HARD SPUN filly.

"We really liked this filly and waited for her. She is a lovely horse and travelled over well. She has only done her prep since March and has handled it well,” Peter Swann commented. "She might end up going abroad, we have just sent Midnight Sands to Brendan Walsh in the US. This filly will have some resale value too."

Of the breeze-up sales, Swann added: "We like to buy at the breeze up sales as you get to see how the horse is mentally dealing with training. At the sale we look at times and strides and everything really, we have Matt with us and James Given to vet, but we also like to see the horses in the yard and see their characters. I think the market has been quite strong, we were underbidder on the Twilight Son filly. As the breeze ups have been so late this year we have had to be patient, but we hope we have bought a classier type."

Consignor Willie Brown of Mocklershill said: "I am flabbergasted! She is a lovely filly, a seriously good filly, and has been very busy since we got here. She has been training well and only arrived with us on March 2nd. Then the only sale open was Goresbridge, but with the delays, and as she was working so well, we entered her here on a wild card."

The filly is out of the Grade 3 placed LEMON DROP KID mare LEMONETTE from a deep American family.

"It seems so long ago that I last bought a horse!" laughed Anthony Stroud, "He is for Sheikh Duaij Al Khalifa – we bought A’Ali at the breeze up sales last year and he was a Group race winner. This horse ticked all the boxes and vetted well."

The colt is out of the unraced SEA THE STARS mare LIFE OF PI who is a half-sister to the Group 3 placed AFTER, the dam of Group 2 Futurity Stakes winner and multiple Group 1 placed ARMORY.

At the conclusion of the 2020 Tattersalls Craven Breeze Up Sale, Tattersalls Chairman Edmond Mahony commented;

“First and foremost we would like to pay tribute to each and every individual who has worked so hard to make sure that the 2020 Craven Breeze Up Sale took place under almost normal conditions, albeit more than two months later than intended. In particular we should recognise the patience and commitment of the Breeze Up consignors who have worked with us every step of the way and have adapted to the challenges that the global pandemic has thrown at people in every walk of life. None of us can pretend that the past few months have been easy, but in these times of adversity it has been even more pleasing than usual to see so many of the consignors well rewarded. A clearance rate of 83%, an average price nudging 100,000 guineas and a top priced colt matching last year’s highest priced colt, are very respectable statistics and reflect the outstanding professionalism of the Breeze Up consignors who, as ever, brought a fine collection of two year olds to the Craven Breeze Up Sale.

"We should equally recognise the huge contribution made by today’s purchasers. They have yet again demonstrated the enduring appetite for quality European thoroughbreds and the esteem in which the Craven Breeze Up is held. Even in these extraordinary times we have had buyers active from all corners of the world including Australia, Bahrain, Dubai, Hong Kong, Kuwait, Qatar and Spain and the domestic demand has also exceeded expectations. Obviously the highlight was Johnny Collins’ spectacular pinhooking triumph with his outstanding 575,000 guineas sale - topping NIGHT OF THUNDER colt, but there were numerous other success stories and we can be confident that there will be plenty of 2020 Craven Breeze Up graduates performing at the highest level.

“We are expecting international travel restrictions to be eased in the near future, which will be a great relief, and as we look forward to the Tattersalls Guineas Breeze Up and July Sale it has also been encouraging to see the new internet bidding facility being widely used by buyers at all levels of the market. We have done our best to explore every possible way for buyers to participate at our sales in these unusual times and it has clearly been well received."