The top lot on the opening session of the Tattersalls Craven Breeze Up Sale was the PRACTICAL JOKE filly out of PURR AND PROWL who realised 360,000 guineas to the bid of agent Alex Elliott. The Tally-Ho Stud consigned filly was purchased on behalf of Peter Brant’s White Birch Farm.

"She is a beautiful filly and she is going back to the US and to Chad [Brown], who trained Practical Joke," said Elliott. "She has been very highly thought of from Day 1, Roger has raved about her all along. I am delighted to get her, I think she is a perfect filly to go back to the States.

"She is a May foal, she is going to need a bit of time, but she is the one. She did everything. She is a typical Craven Sale type – scopey with quality and will need bit of time, but the more time I think you can give them, the better they can be."

By the US sire sensation INTO MISCHIEF, the Ashford Stud-based stallion PRACTICAL JOKE was a dual Grade 1 winner as a two-year-old and finished third in the Breeders' Cup Juvenile, whilst at three he won the Grade 1 H. Allen Jerkens Stakes at Saratoga.

Consignor Roger O’Callaghan, who previously sold the Grade 1 Natalma Stakes winner LA PELOSA at this sale in 2018, commented;  "She is as good a filly as I have had to breeze. She has been a genuine natural from the start. I bought her as a foal with Archie St George, she didn't make the yearling sale and we brought her here. The sire line through Into Mischief is magic." 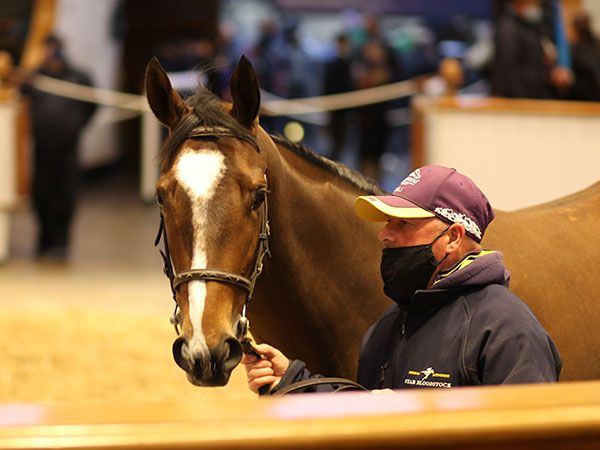 Stroud Coleman’s Matt Coleman and Peter Swann’s Cool Silk Partnership secured the NIGHT OF THUNDER filly out of MILITATE for 265,000 guineas, the second highest priced filly on the opening day. The filly is from a classic Juddmonte family with her granddam being the Group 3 winner ORFORD NESS, dam of the Group winners WEIGHTLESS and MAIN AIM, the latter also runner-up in the Group 1 July Cup.

Swann, who has enjoyed such great success from the breeze-ups, was keen to talk about his purchase:

"We thought her breeze was excellent. She is a real specimen, very strong. She has got a great pedigree – if we can win a race with her we are half way there aren't we? She did the job well. We are delighted and she is the sort of breeze-up horse we are always looking for – she is just built for it, she is not too long in the leg. We just felt it was worth a go," said Swann, who was wearing a Scunthorpe United face mask as chairman of the football club.

He added: "We don't know a trainer yet, we are just going to wait – I haven't accessed my phone yet, I am sure there will be calls! We have got some great trainers that we use, whoever gets her will do a great job. Of the immediate plans we will assess her over the next 24 hours and then decide."

Continuing with plans for the new filly, Swann said: "We hope we can have a go at Royal Ascot, and try and win the bonus before everyone else! That would be nice. We are looking forward to Royal Ascot and hope the filly takes us there!"

Of the success he, Cool Silk and Coleman have enjoyed from breeze-up purchases, Swann said: "I think we have had 62 winners now! We've been doing it a long time."

The sale was a pinhooking triumph for consignors Star Bloodstock who purchased her last autumn at Book 2 of the Tattersalls October Yearling Sale for 95,000 guineas. 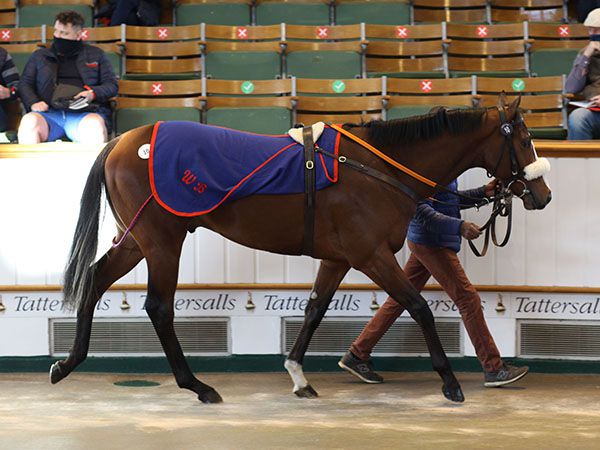 The fireworks started early in the evening when BBA Ireland’s Michael Donohoe secured the LOPE DE VEGA colt out of the OASIS DREAM mare FREEDOM MARCH for 240,000 guineas. The colt, who is from the family of 1,000 Guineas winner SPECIOSA and Champion racemare PRIDE, was consigned by Willie Browne’s Mocklershill.

"He is for a client in the Middle East, I have had a bit of luck with the sire in Lucky Vega," commented Donohoe. "This colt is a very good physical, I liked him as a yearling, thought he might have been a bit raw, but Willie [Browne] has done a great job with him.

"I saw him at Willie's last week before he came over and Willie was quite high on him – and the horse breezed the way Willie thought he'd breeze. He is nice physical, he looks precocious, as though he has plenty of speed and won't take too long. The trainer is undecided, but my client has horses in England, Ireland and in France." 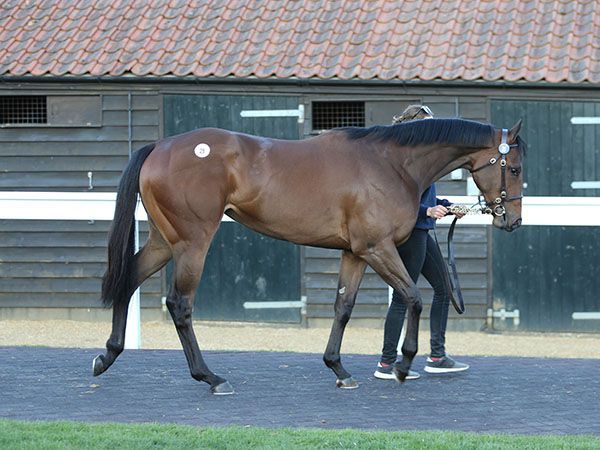 Newmarket trainer Roger Varian secured the DABIRSIM filly out of the SMART STRIKE mare IRONIQUE for 240,000 guineas after seeing off stiff competition online and from Alex Elliott, standing alongside Kia Joorabchian.

"She is a nice filly with plenty of scope, she moves nicely and she looks to have a good mind on her," said Varian. "She did a good breeze and she wasn't blitzed, she looks like there is plenty of horse left to train. She has been bought for a pre-existing client."

Of immediate plans, Varian added: "She is mature, strong, breezed well and there is no reason not to move on with her. She is not ready for the paddocks yet! We will carry on with her and see how we get on with her. She looks like she could get out in May, but I hope she has got plenty of scope and is not just a 'rock and roll bullet'. She ticked a lot of the boxes in this sale, I am delighted to be training her."

The sale was a good pinhooking result for her consignor Aguiar Bloodstock, whose principal Robson Aguiar purchased her for just €50,000 as a yearling.

Late in the evening a private sale was agreed between consignor Kilminfoyle House Stud and Manor House Stud for 335,000 guineas for the KINGMAN colt out of the Listed winning HOLY ROMAN EMPEROR filly FLYING FAIRIES.

The second and final session of the Tattersalls Craven Breeze Up Sale continues at 5.45 pm on Wednesday, 14th April.