Widely regarded as the world’s most international bloodstock sale, the 2019 renewal of the Tattersalls December Mares Sale as ever combines the best of British and Irish breeding stock, including Part 1 of the Waddesdon Stud Dispersal, with significant consignments from throughout Europe, as well as the return of top American outfit Taylor Made Sales Agency which made its European sales debut last year.

Classic producer COPLOW, carrying to KINGMAN, is one of 15 mares catalogued in foal to the outstanding young Banstead Manor based sire, with others including the Group 1 winner THISTLE BIRD, who promises to be amongst the highlights of the Waddesdon Stud Dispersal, the smart Group 3 winner HUNAINA carrying her first foal, and the young Stakes winners BIRCH GROVE, EASTER, SIVOLIERE and SNOWY WINTER.

Banstead Manor’s other illustrious resident FRANKEL is also well represented with five mares in foal to him including Grade 1 winner SOPHIE P, Group 2 placed and Listed winner LA BERMA and the well-bred duo COCONUT CREME and STELLA BELLISSIMA, both of whom are part of the partial Normandie Stud Dispersal. The December Mares Sale is the only sale in Britain or Ireland to offer mares in foal to either FRANKEL or KINGMAN and also features the only mares in foal to top sires LOPE DE VEGA, SEA THE STARS and SIYOUNI to be offered in Britain and Ireland, as well as 2018 American Triple Crown winner JUSTIFY and the great WAR FRONT. Amongst other possible highlights are Group 1 producers ANABASIS, the dam of Champion racemare A RAVING BEAUTY, BLANC DE CHINE, the dam of Group 1 winning sprinter HAVANA GREY, DOLMA, Waddesdon Stud’s dam of Group 1 winner THISTLE BIRD and GRANNY FRANNY, the dam of Grade 1 winner KITTEN’S DUMPLINGS. 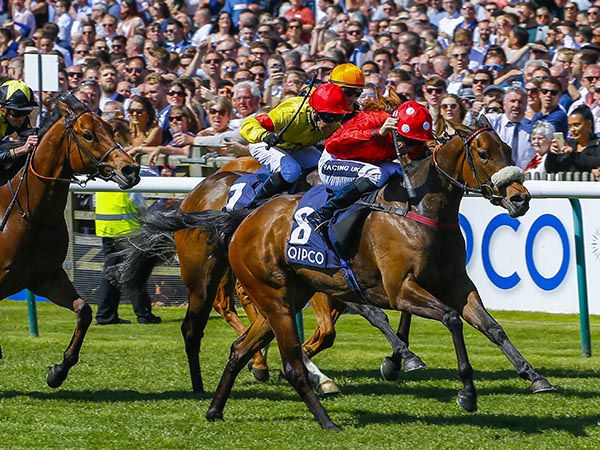 The largest consignment comes from The Castlebridge Consignment who bring an impressive team of 82, including the eagerly awaited team of 16 from the Waddesdon Stud Dispersal. The annual hugely popular drafts from Godolphin, Juddmonte Farms and Shadwell Stud number 44, 46 and 29 respectively, while the leading owner/breeders Cheveley Park Stud, Hascombe and Valiant Stud, Lanwades Stud, Meon Valley Stud, Newsells Park Stud and The Royal Studs are all well represented alongside consignors Jamie Railton, The National Stud and Voute Sales whose teams number 33, 40 and 26. 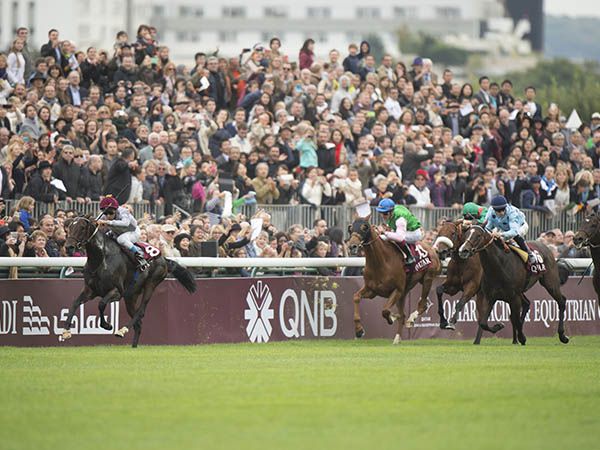 TERRE, a sister to the legendary dual Arc winner Treve will be offered in foal to Siyouni

The largest consignment from Ireland comes from Baroda Stud who bring 22 quality fillies and mares, while French based consignors European Sales Management have a high class 16 strong team which includes Group 3 and Listed winning fillies DANDHU, ETOILE, ONTHEMOONAGAIN and ZONZA, as well as the Group 3 winner CAVALE DOREE in foal to WAR FRONT and Listed winner SIVOLIERE in foal to KINGMAN. The single in foal mare coming from the great French nursery Haras du Quesnay also looks set to be amongst the headline acts. Named TERRE, the winning five year old in foal to SIYOUNI is a full sister to the legendary dual Arc winner TREVE.

“The Tattersalls December Sale is Europe’s premier breeding stock sale, and this year’s catalogue, which features the first part of the Waddesdon Stud Dispersal, is truly worthy of that accolade. The December Sale is the annual showcase for the very best breeding stock that Europe has to offer and this year’s catalogue has all the ingredients to attract the uniquely international crowd of buyers who view the sale as an essential annual pilgrimage.”

The Tattersalls December Mares Sale catalogue is online now at www.tattersalls.com and will be available from Tattersalls and Tattersalls Representatives from Monday, October 28.