The record price for a colt at the Tattersalls Autumn Horses in Training Sale was broken when the Richard Fahey trained SUMMER SANDS was sold for 625,000 guineas.  Trade on the second day of the sale continued to be strong with an impressive clearance rate of 91%.

The wild card entry SUMMER SANDS, who was third in the Group 1 Middle Park Stakes two starts ago behind EARTHLIGHT, was the highlight of the second day of the Tattersalls Autumn Horses in Training Sale. The son of COACH HOUSE, who won the Listed Redcar Two-Year-Old Trophy on his latest start, caught the attention of numerous bidders including Badgers Bloodstock’s Grant Pritchard-Gordon, Oliver St Lawrence and eventual underbidder Alastair Donald, but the trio were unable to match the efforts of Bill Dwan who secured the two-year-old for 625,000 guineas. The sale is a record for a colt at this fixture and the third highest price in the sale’s history and was purchased by Dwan on behalf of trainer Joseph O’Brien.

"He is a gorgeous horse, scopey, and I think he has some more improvement to come next year," said Dwan. "He'll get to Ireland and have a break. He has been very well campaigned by Richard Fahey."

Former owner Chris Swan of The Cool Silk Partnership said: "It is bitter-sweet as I think he will go on to be a brilliant horse as a three-year-old, but we buy two-year-olds and sell at the end of the year. It is the best sale result we have had in the auction ring."

Bloodstock agent Matt Coleman, who bought the colt as a two-year-old at the spring's Tattersalls Ascot Breeze-Up Sale, added: "We bought him at Ascot and that has been a really successful sale for us – we also bought Sands Of Mali and Flaming Princess there.

"I think there is still plenty of improvement in him, especially as he is going to Ireland as he likes a bit of dig." 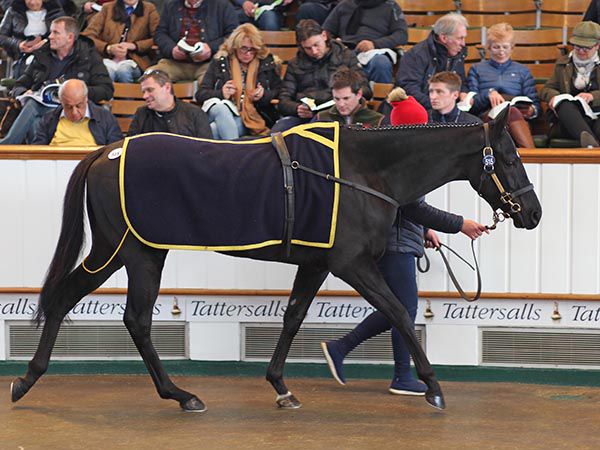 Bill Dwan had also struck earlier in the day when he secured the lightly raced three-year-old DANCE JUPITER for 270,000 guineas. Consigned from trainer John Kiely’s Lisfennel Stables in Ireland, the son of KINGSBARNS won on his second career start at Cork at the start of October, beating the highly rated PATRICK SARSFIELD.

Dwan secured the gelding who has a ‘Timeform’ rating of 88p at the expense of agent Troy Steve.

"He has been purchased for Chantal Regalado-Gonzalez, owner of Patrick Sarsfield and also of the good filly Iridessa," said Dwan. "We obviously think that the form was good - let's hope we are correct! This horse will go back to Ireland to Joseph O'Brien." 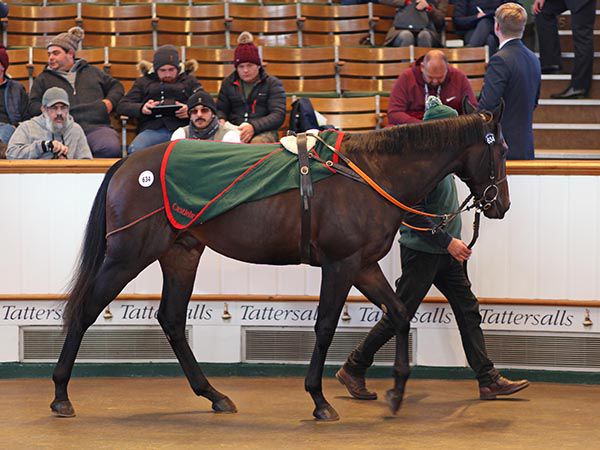 The OASIS DREAM colt INCINERATOR is headed to Saudi Arabia after being purchased by Abdulaziz Al-Mousa for 200,000 guineas. Consigned to the sale by The Castlebridge Consignment on behalf of Hugo Palmer’s Kremlin Cottage Stables, INCINERATOR raced in the colours of breeder Ibrahim Araci and the two-time winner has an official BHA rating of 83.

"There is a race over a mile for three-year-olds," said Abdulaziz Al-Mousa, referring to one of the supporting races on the inaugural Saudi Cup card at King Abdulaziz Racetrack.

"I liked his looks and his pedigree – he goes on fast ground and the All-Weather and should be okay on the Dirt."

The Tattersalls Autumn Horses in Training Sale continues at 9.30am on Wednesday, 30 October.