The Tattersalls Guineas Breeze Up and Horses in Training Sale registered record turnover for both the ‘breeze up’ and ‘horses in training’ sections of the catalogue as the strong trade from the Tattersalls Craven Breeze Up Sale continued at Park Paddocks. There were eight lots that realised 100,000 guineas or more in the ‘breeze up’ section, more than at the previous three renewals of the sale combined. The ‘horses in training’ section of the sale saw turnover pass the million guineas mark for the first time.

The top lot at the Guineas Breeze Up Sale was the TIME TEST colt from Tally-Ho Stud who was knocked down to trainer Michael O’Callaghan for 160,000 guineas.

"He is a lovely horse, he did one of the better breezes and is a lovely looking horse," said O'Callaghan. "He has a nice pedigree and is out of a Galileo mare. I thought he was the best physical in the sale and hopefully he goes on to be useful."

O’Callaghan is a strong supporter of the breeze ups and commented: "He is the seventh breeze-up horse I have bought this year, we had a few more bought at this point last year but we keep tipping away and try to get the numbers up as well as a quality bunch. I bought more of a spread of horses last year, but I am trying to buy more of a quality horse this year."

The colt is the first foal of the winning GALILEO mare LUNA MARE and represented a pinhooking triumph for his consignor who purchased him for 65,000 guineas at Book 3 of the Tattersalls October Yearling Sale. Tally-Ho Stud have enjoyed a prosperous time at Tattersalls breeze ups sales this year, having been the leading consignor at the Tattersalls Craven Breeze Up Sale as well as here. 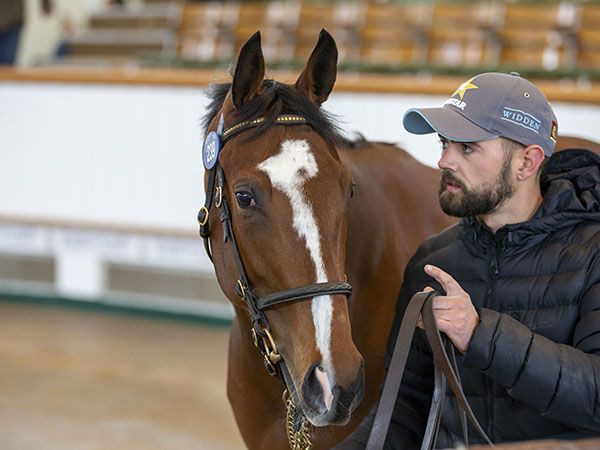 Chantilly-based agent Alessandro Marconi was the successful purchaser of the MEHMAS filly consigned by John Nolan after he withstood the challenge of trainer Michael O’Callaghan. The daughter of the BERTOLINI mare WHAT ABOUT ME, placed fourth in the Group 3 Naas Juvenile Sprint and the Listed Loughbrown Stakes, was knocked down to Marconi for 150,000 guineas.

"She is for an owner based in Dubai," said Marconi. "[The consignor] Mr Nolan is more experienced in life and in the game than myself and he highly recommended her. She did a highly impressive breeze, and the underbidder Michael O'Callaghan is very shrewd and has been buying more breeze-up horses than anyone else and has been very successful!"

He added: "The filly is something special and is the pick of the sale, and she is staying for now in England. We will make a plan in half an hour!"

Of the stallion influence, Marconi enthused: "Mehmas is a great sire, we really like these new speedy sires such as him and Sioux Nation. We like the speed and that they were precocious, but it is the breeze that is important. Time is not everything, it is more the way they gallop out and how they are afterwards." 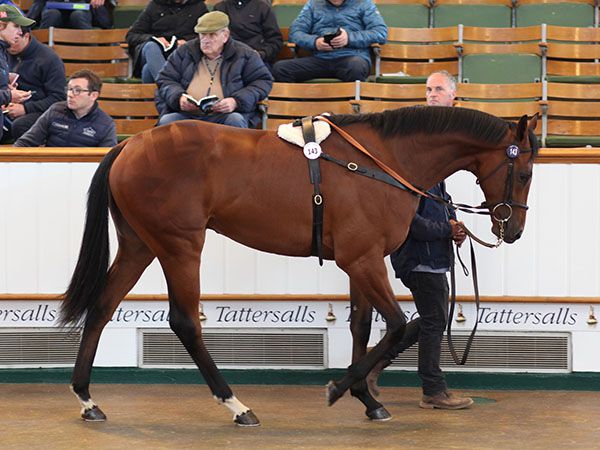 Another consignor who enjoyed a fruitful sale was Tom Whitehead’s Powerstown Stud who sold the SOLDIER HOLLOW colt out of the LANDO mare LOYALTY to Blandford Bloodstock’s Stuart Boman for 130,000 guineas.

"He is a lovely horse and he will go into training with Joseph O'Brien in Ireland. He is a gorgeous individual, he was bought in Germany very well by Tom Whitehead; it was actually the day everyone got stuck in the hotel due to the fire the night before. Tom missed the fire and bought the horse!"

Whitehead purchased the March-born colt for €28,000 as a yearling. His dam LOYALTY won twice in France and is a half-sister to the Deutsches Derby winner LUCKY SPEED. LOYALTY has had one runner from her two foals of racing age, a filly called LONIA who has won in Germany since the catalogue was published.

Boman added: "I had to come back and buy the horse this year. He is a lovely horse and breezed very well, he is very quick for a stayer as he is a horse bred to get 1m4f. He showed a lot of speed and is a gorgeous individual." 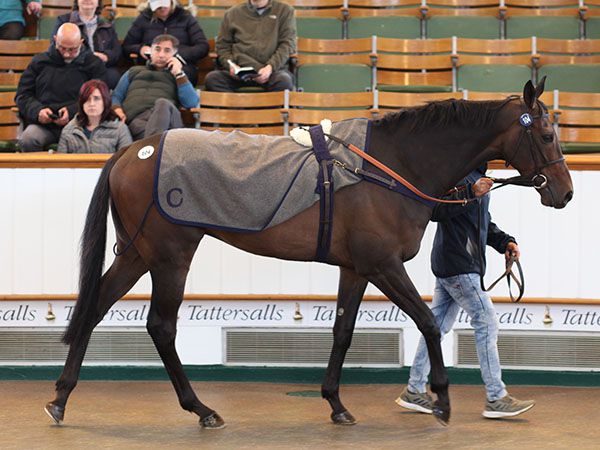 The horses in training section of the Tattersalls Guineas Sale saw turnover rise above 1,000,000 guineas for the first time. The 71 lots sold realised a record 1,090,000 guineas, almost quadruple last year’s corresponding turnover with a remarkable clearance rate of 92%.

Leading the way was the six-year-old TEOFILO gelding HALIMI who was knocked down to Italian agent Marco Bozzi for 80,000 guineas. Rated 102 by ‘Timeform’ the Gainsborough Thoroughbreds consigned horse won a handicap at Wolverhampton three weeks ago beating the high-class RIVER VERDON.

"He is a stayer, he is sound, he has no problem with the vet, he likes good ground and he is exactly what my client is looking for – a horse who can stay and run in Group races in Italy," said Bozzi. "He goes into training with Bruno Grizzetti and has been bought for a long-standing client of mine. He has had horses in Italy before, has some now in France, but this horse will be trained in Italy."

Bozzi predicted a busy autumn for Halimi: "We have a lot of races in Italy over this sort of trip from September to November."

At the conclusion of the 2022 Tattersalls Guineas Breeze Up and Horses in Training Sale, Tattersalls Chairman Edmond Mahony commented;

“Significant increases in average, median and turnover are the mark of a very solid renewal of the Tattersalls Guineas Breeze Up Sale, especially when combined with a highly creditable clearance rate in excess of 80%. The domestic British and Irish demand at all levels of the market has been matched by diverse international participation which has become the hallmark of this fixture. European buyers, particularly from Italy and Spain, have made a major contribution and they have been joined by buyers from South East Asia and the customary strong contingent of buyers from the Gulf region.

“Eight two-year-olds selling for 100,000 guineas or more and a record sale turnover reflect the strong demand at the top of the market and as ever there have been some notable pinhooking triumphs, but the most pleasing aspect of the sale has been the record equalling median which demonstrates real depth to the trade from start to finish. The consignors have supported the Guineas Breeze Up Sale strongly and it has been great to see the buyers respond accordingly, clearly encouraged by the sale’s reputation as a consistent source of Group 1 winners. The horses in training section of the sale also continues to thrive and the record turnover, huge rises in average and median and a clearance rate in excess of 90% have contributed to unprecedented combined turnover for the Tattersalls Guineas Breeze Up and Horses in Training Sale.”

The next sale at Tattersalls is the May NH Sale which takes place on Thursday, 26th May. Catalogues are out now and available from Tattersalls and Tattersalls representatives and online at www.tattersalls.com.