Saffron Beach To Be Offered At Tattersalls December Mares Sale

Dual Group 1 winner SAFFRON BEACH is to be offered at the forthcoming Tattersalls December Mares Sale which takes place November 28th to December 1st. She will be one of the highlights of a star-studded lineup in the new Sceptre Session on Tuesday 29th November.

Winner of the Group 1 Sun Chariot Stakes and Group 1 Prix Rothschild and runner up in the 1000 Guineas and Group 1 Matron Stakes, SAFFRON BEACH was bought from Ballylinch Stud at the Tattersalls December Foal Sale by Norris/Huntingdon and has won five Group races in twelve career starts for trainer Jane Chapple-Hyam and owners Lucy Sangster, James Wigan and Ollie Sangster.

A winner of both her starts at two including the Group 3 Oh So Sharp Stakes, SAFFRON BEACH was beaten only a length when runner up to MOTHER EARTH in the 1000 Guineas and ended her three-year-old campaign with a comprehensive three length defeat of the same rival in the Group 1 Sun Chariot Stakes, with subsequent dual Group 1 winner DREAMLOPER in third.

Fourth in the Group 1 Dubai Turf on her seasonal debut this year, SAFFRON BEACH subsequently produced one of the performances of the Royal meeting winning the Group 2 Duke of Cambridge Stakes by three and a half lengths carrying a five pound penalty. A faultless performance in the Group 1 Prix Rothschild followed, with dual Group 1 winner TENEBRISM beaten two and a half lengths in second, before a gallant second-placed effort on rain softened ground in last Saturday’s Group 1 Matron Stakes. 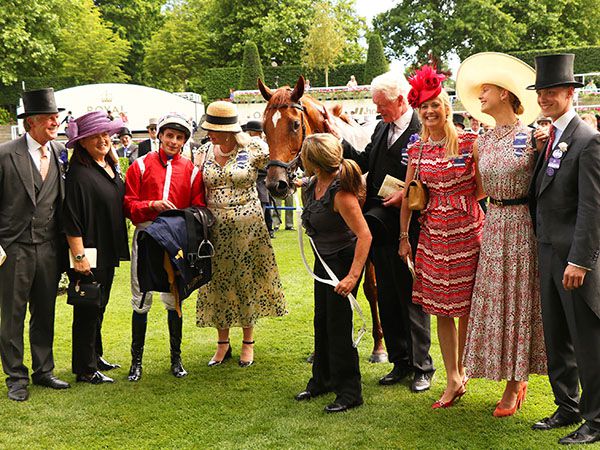 From the first crop of DUBAWI’s Classic winning son NEW BAY, SAFFRON BEACH will be consigned by trainer Jane Chapple-Hyam who commented;

“Saffron Beach is a very special filly. Gorgeous and supremely talented, she is also unbelievably brave and consistent. Fillies like her do not come around very often.”

SAFFRON BEACH is the second foal out of the winning RAVEN’S PASS mare FALLING PETALS, who is also the dam of winning three-year-old ESHKAAL and has a yearling own-brother and foal own-sister to SAFFRON BEACH. Her two-year-old AUSTRALIA half-sister realised 450,000 guineas at Book 1 of last year's Tattersalls October Yearling Sale. Named PROVIDENCIALES, she is in training with John and Thady Gosde.

FALLING PETALS is a half-sister to Group 1 Middle Park Stakes placed HUNTDOWN and to CONTINUA, the dam of dual Group winner and twice Group 1 placed COTAI GLORY, Listed winner PERMISSION and Listed runner up EXCEL’S BEAUTY. Her dam INFINITE SPIRIT was twice Listed placed and is a daughter of the Group 3 Matron Stakes winner and dual Group 1 runner up ETERNAL REVE.

“The wide margins of both her Group 1 wins are testament to Saffron Beach’s exceptional ability, and she has been an outstanding race filly for Jane Chapple-Hyam and her owners. It is an honour and a pleasure to be asked to offer a filly of her calibre at the Tattersalls December Mares Sale and there is absolutely no doubt that she will be one of the highlights of the new Sceptre Sessions.”