A colt by SEA THE STARS was the star turn on the second day of the Tattersalls October Yearling Sale Book 1, selling for 1,200,000 guineas during a session that saw a clearance rate of 87% and turnover of 30,116,000 guineas.

The top lot on the second day of the Tattersalls October Yearling Sale Book 1 was the SEA THE STARS colt from Lord and Lady Lloyd Webber’s Watership Down Stud, who realised 1,200,000 guineas to the bid of Charlie Gordon-Watson on behalf of Woodford Racing’s Bill Farish. The colt is out of the DUBAWI mare SO MI DAR, winner of the Group 3 Tattersalls Musidora Stakes and placed in the Group 1 Prix de l’Opera. SO MI DAR is a half-sister to Champion two and three-year-old TOO DARN HOT and a daughter of Lloyd-Webber’s triple Group 1 winning DAR RE MI, herself a daughter of the farm’s foundation mare DARARA.

Lady Lloyd-Webber was at Park Paddocks to see her homebred colt sell, and husband Andrew Lloyd-Webber arrived in Newmarket just in time to catch the sale too.

"We never expected to break the million guinea barrier, because no one ever does. Maybe Andrew is our lucky omen!" smiled a delighted Lady Lloyd-Webber. "It is very difficult to do that. The Dar Re Mi family is carrying on, and that is what it is all about from a foundation mare. We are now in the third generation, it is really wonderful to see this family keep going.

"He is a beautiful horse, hopefully he will win the Guineas! And then will carry on winning Group 1s like the rest of the family."

Purchaser Charlie Gordon-Watson said the purchase was the result of a last-minute phone call.

"Bill Farish rang me just an hour ago and said, 'What about this horse? What do you think?' I told him that I thought he was the best horse I have seen at the sale.

"I know the family backwards, as Bill does, and he is a great friend of Simon Marsh, but he did not want to Simon to know anything about it. Simon had no idea."

Gordon-Watson added: "It all happened in the last hour and a half. I think I got the valuation right as I told Bill that I thought he'd make between 800,000 guineas and 1.2 million.

"I have been involved in the family all the way through, I bought Darara and this colt is very typical of the family, perhaps a bit bigger because they are all slightly smallish, Darara was quite small. He is a very athletic horse, I have been going on about Lot 277 for a long time."

Of Farish's plans for his new colt and reasoning behind the purchase, Gordon-Watson said: "Bill liked the pedigree and the mare, everything is so international now. The horse will stay here, and no trainer has been decided as yet." 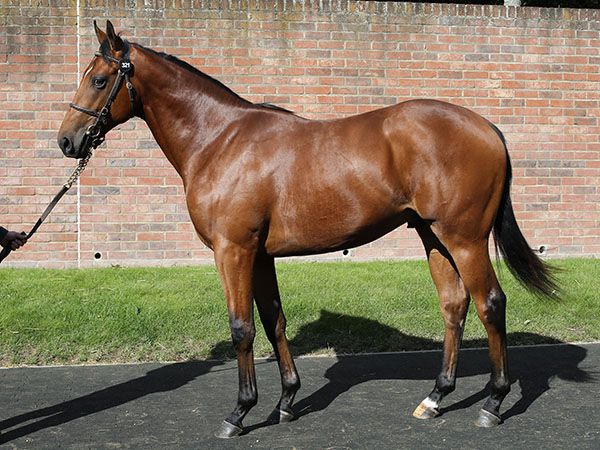 Early in the evening the KINGMAN colt out of the Group 2 May Hill Stakes winner TURRET ROCKS became the second lot to breach the million guinea mark when knocked down to MV Magnier for 1,100,000 guineas after a bidding war with Anthony Stroud stood alongside David Loder and trainer Charlie Appleby. The colt is the first foal of the FASTNET ROCK mare and was consigned by the Egan family’s Corduff Stud on behalf of the Andrew & Roseanne O'Grady Walshe’s Farmleigh Bloodstock.

"He is a magnificent horse, he really is. I am delighted they bought him, I was not sure they were on him, but they stood up and bought him. It is great.

"This horse was bred by John Corcoran and he bred the horse with Jim Bolger, and bought him out in training. John had a vision of what he wanted to do with the horse, he had a plan and facilitated a way to make it happen. He owned this horse in with his children, Andrew and Roseanne O'Grady Walshe, through Farmleigh Bloodstock.

"She is a beautiful mare, she is by Fastnet Rock, she is big, she is robust, she is strong. She was so honest on the track and John, unfortunately is not with us, but he was very involved in the mating. He chose Kingman, it is great.

"The bidding took a long time, but it got more enjoyable as we went on!"

The colt traces back to the Group 1 Prix Saint-Alary winner RIVIERE D’OR and the family of ten-time Group 1 winner GOLDIKOVA. 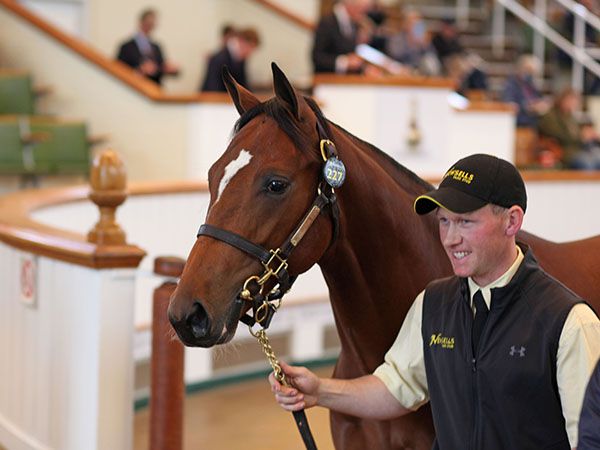 Andrew Stone’s St Alban’s Bloodstock enjoyed another spectacular day in the Tattersalls sales ring following on from yesterday’s 725,000 guineas sale of their LOPE DE VEGA colt out of GOD GIVEN. This time it was their FRANKEL colt out of the Listed winning and Grade 3 placed ENCOSTA DE LAGO mare QUSHCHI who lit up the arena when selling to MV Magnier for 925,000 guineas. The half-sister to the Grade 2 winner MRS SIPPY is from the Plantation Stud family of GRAND LODGE and was consigned by Newsells Park Stud, which is under new ownership having been bought by Graham Smith-Bernal earlier this year.

"He is a very nice horse, Frankel is doing very well and we've been very lucky buying off Newsells in the past," said Magnier. "We wish Graham Smith-Bernal and his family the very best of luck with the new venture, and may that long history of Newsells continue."

Magnier added: "Galileo is doing very well now as a sire of sires, the future is definitely bright. This horse looks a very nice sort, he is a very good mover."

The underbidder was Anthony Stroud, stood alongside Sheikh Mohammed and the Godolphin team. 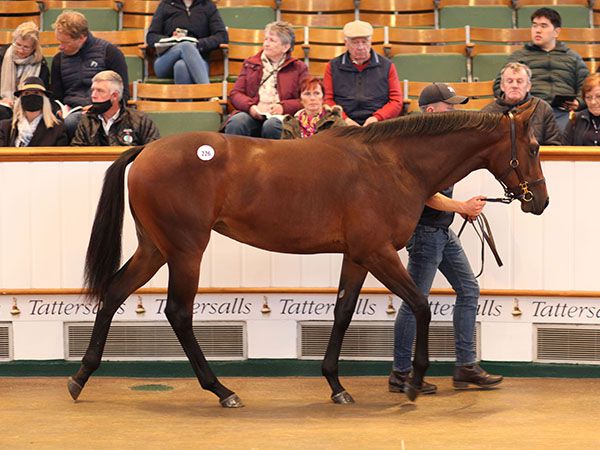 Bred and consigned by David and Diane Nagle’s Barronstown Stud, the filly is out of the OASIS DREAM mare QUIET OASIS and is a half-sister to the dual Group 3 Gladness Stakes winner LANCASTER HOUSE.

"This filly is very hard to fault," said Elliott. "I remember seeing Quiet Oasis when I was in California, she was a very good racemare for Paul Reddam and has obviously produced Lancaster House and this is a full-sister. She is a collectors' item really. She goes to Ralph Beckett."