Brother to Sea Of Class Bought for 240,000 Guineas

Leading the way at the Tattersalls December Yearling Sale was the SEA THE STARS own brother to the Irish Oaks winner and Prix de l’Arc de Triomphe second SEA OF CLASS, who was purchased by John Clarke on behalf of Sunderland Holding’s Ling Tsui for 240,000 guineas.

"He is a lovely horse, we really liked him. He is a very late foal but Sea Of Class was a very late May foal, so we hope we can do the same again," commented Clarke. "Time will tell!"

The son of the Listed winning HERNANDO mare HOLY MOON was consigned to the sale by Oak Lodge & Springfield House Stud and is a sibling to three individual Group 1 winners including the aforementioned SEA OF CLASS and the Group 1 Premio Lydia Tesio winning pair of CHARITY LINE and FINAL SCORE. HOLY MOON is also the dam of the Group 2 Oaks d’Italia winner CHERRY COLLECT and the Group 3 winner WORDLESS.

Of plans for the colt, Clarke outlined: "He will eventually go to William Haggas but it is far too early to think of that now – he will probably go back to Ireland and be given some time to develop and we will take it from there. Ling Tsui is absolutely thrilled, she had so much success with Sea Of Class! There is a lot of the sire in him – he is an athletic horse but a baby, we will just have to wait."

The underbidder on the Razza Del Velino bred colt was locally based trainer Jane Chapple-Hyam. 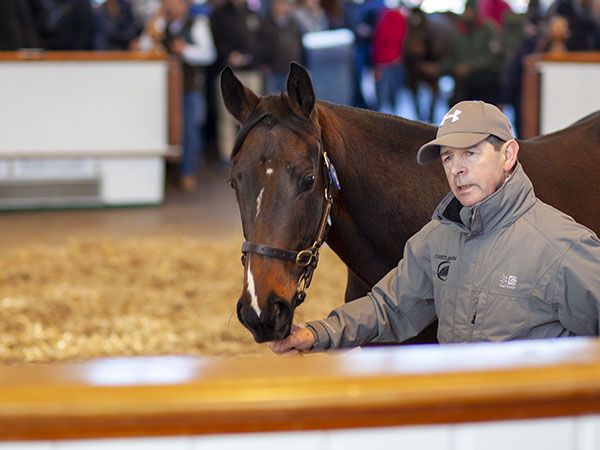 There were three yearlings by the top class stallion INVINCIBLE SPIRIT to sell for 100,000 guineas or more headed by the own sister to the dual Group 1 winner SHALAA, triumphant in the Middle Park Stakes and Prix Morny as well as the Group 2 Richmond Stakes and Group 2 July Stakes.

The well-bred filly was consigned by Castlefarm Stud and purchased by Avenue Bloodstock’s Mark McStay for 150,000 guineas on behalf of trainer Hugo Palmer. She had previously been bought back at Book 1 of the Tattersalls October Yearling Sale.

"She is a beautiful filly, we probably should have bought her when she was in Book 1," reported McStay. "Hugo Palmer trains her sibling Nova Legend by Galileo and he thinks a lot of him, so we were keen to follow her through.

"She comes from a great nursery, she has a beautiful pedigree, she is by Invincible Spirit who is one of the best sires in Europe and she is a full-sister to a very very good horse in Shalaa. She has been purchased on spec, so shares or all of her will be available and she is for sale! If anyone out there wants to get in touch, they will be very gratefully received!"

McStay added: "She stood out here today and with that pedigree and the way she looks the trainer was salivating when he saw her yesterday. I really liked her too and was kicking myself that I had not bought her earlier. She had made our list then, but for whatever reason we did not pull the trigger.

"When we saw her out the back today she looked a real superstar, she was very professional and on residual value alone she is a free swing of the bat for anyone who wants to buy her." 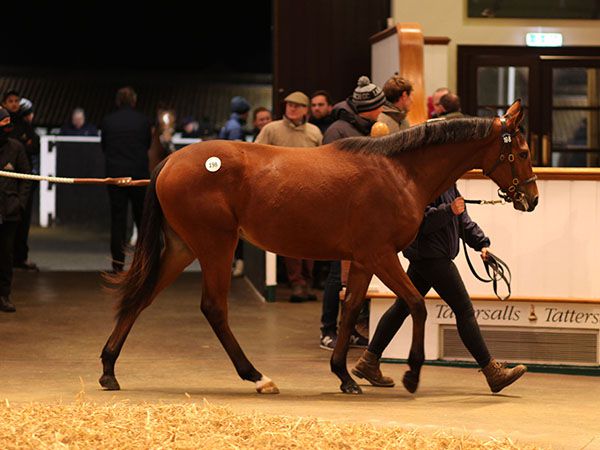 Early in the evening the TEOFILO filly out of the Listed placed DUBAWI mare DUBAI FASHION realised 135,000 guineas to the bid of agent Anthony Stroud of Stroud Coleman Bloodstock. Consigned by Shadwell Estates on behalf of Mr Hadi Al Tajir, the filly decends from Champion filly HEIGHT OF FASHION, the dam of Derby and 2,000 Guineas winner NASHWAN and granddam of 1,000 Guineas winner GHANAATI who both carried the Shadwell silks to glory.

"She is for Alison Swinburn and is going to be trained by James Fanshawe," said Stroud. "She is a very athletic filly and she is going to need a bit of time. She is a very easy mover and we like her very much."

The Tattersalls December Foal Sale starts at 10am on Wednesday 24th November and continues until Saturday 27th November.