The Tattersalls December Foal Sale continued in robust fashion on the second day with significant increases in all the key indicators, a top price of 225,000 guineas, and thirteen lots selling for 100,000 guineas or more.

Leading the way on the second day of the Tattersalls December Foal Sale was the SEA THE STARS filly who was knocked down to Blandford Bloodstock’s Richard Brown for 225,000 guineas on behalf of Andrew Stone's St Albans Bloodstock. The filly is out of the BRAZEN BEAU mare CAREFUL THOUGHT, a half-sister to the Group 2 Lowther Stakes winner BEST TERMS, the dam of Group 1 Prix Marcel Boussac third STAR TERMS and the Listed winner FRESH TERMS.

The family is well known to Brown – he bought the dam CAREFUL THOUGHT for Peter and Ed Player of Whatton Manor Stud, breeder and consignor of this filly.

"We are absolutely over the moon, flabbergasted," said Player. "She'd been very popular, vetted a lot of times, we hoped she'd make up to the 200 mark but to actually get it, we couldn't be happier. It is quite a good story – we had had a good yearling sale a couple of years ago. We always say to Richard Brown that if he sees a future broodmare prospect we are always in the market, and he found this lovely filly in Book 3 from Newsells.

"We bought her for 20,000 guineas as a yearling, sent her to Mark Johnston and he thought she was quite useful, but she got injured after one run. We retired her and it has now all come full circle."

"She's been bought for Andrew Stone of St Albans Bloodstock. Andrew had a phenomenal Book 1 sale, he sold a Frankel for 925,000 guineas and a Lope De Vega for 725,000 guineas, and he's had a great year on the racecourse too. We're always looking for opportunities and she's been bought to race before hopefully being a broodmare for the future. He's trying to build a boutique, high-quality broodmare band and she'd be a great addition to that.

"I manage quite a few horses at Whatton Manor, we do quite a bit together, so I've seen this filly all the way along. In the summer she was a bit first foal-like, she probably lacked a little bit of muscle, but she's just improved and improved and turned into a very nice filly. She's on a very steep upward trajectory, although I had a bit of an advantage having seen where she's come from. She's got a load of class and is by a top-class stallion. This is the first foal we've bought as a racing prospect." 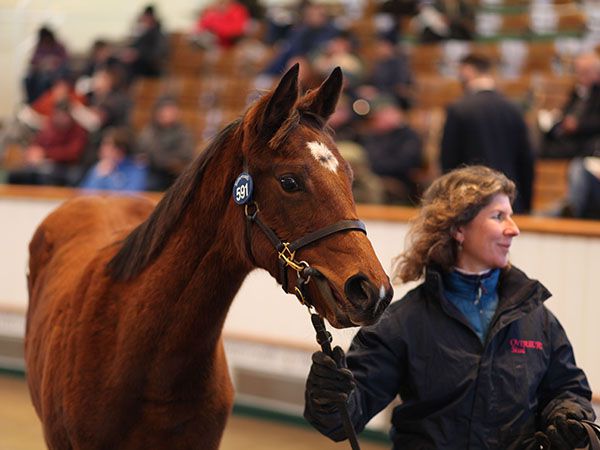 Night Of Thunder Filly to Fitzpatrick for 130,000 guineas

Michael Fitzpatrick’s JC Bloodstock secured the NIGHT OF THUNDER half-sister to the Grade 3 placed AYACARA for 130,000 guineas. The daughter of the PULPIT mare PACIFICA HIGHWAY is also a half-sister to the promising two-year-old filly SPANISH BAROQUE, a winner in France this year for Jean-Claude Rouget, as well as a yearling colt by SHOWCASING who realised 200,000 guineas at Book 2 of the October Yearling Sale.

"She has been bought off a good farm, and hopefully there will be some updates next year," said Fitzpatrick. "We have had foals by Night of Thunder before, no stand outs but he is a good sire."

Of buying a filly to pinhook, he said: "It is very difficult to get a filly by a proven stallion and with a pedigree – this filly has a champion mare on the page and she is out of a young mare, who has two winners from four foals. I would only really pinhook a filly who is likely to get into Book 1."

The filly was bred and sold by Overbury Stud. 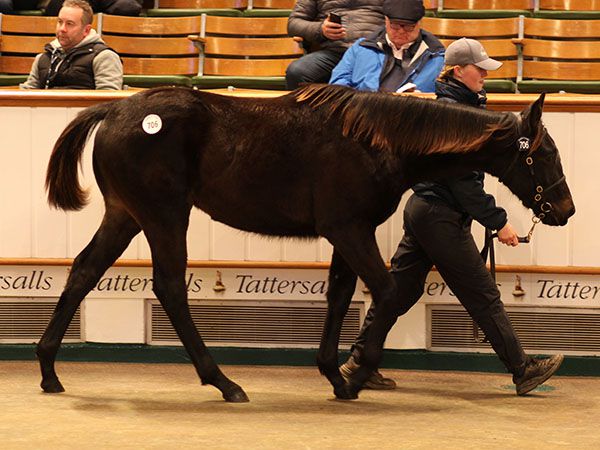 The top price on the second day amongst the first season sires was the 130,000 guineas given by Yeomanstown Stud for the TEN SOVEREIGNS colt out of the SEA THE STARS mare FASHION DARLING, a half-sister to the dual Group 3 winner MAJESTIC QUEEN and the Listed placed LINCOLN BRIGHT.

He was consigned by The National Stud and manager Tim Lane commented;

"We met him here, he has been very popular with a lot of vets. He was bred by Andrew Rosen and has been reared at Kilshannig Stud."

TEN SOVEREIGNS is a son of NO NAY NEVER who won the Group 1 Middle Park Stakes as a two-year-old before being crowned Champion European three-year-old sprinter, having taken out the Group 1 July Cup. 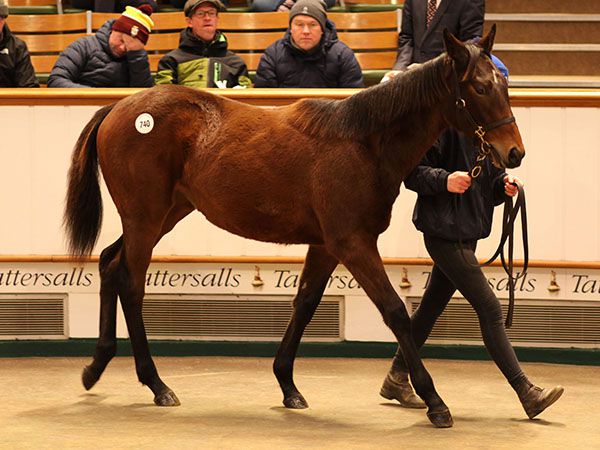 The fourth highest price on the second day was 115,000 guineas for the filly by ACCLAMATION out of the RAVEN’S PASS mare WINTER SNOW. Bred and consigned by the Molan family’s Riversfield Stud, she was knocked down to agent Ross Doyle who commented;

"She is a very nice filly, I thought she was an outstanding physical, I haven't seen an Acclamation filly like that for a long time. She has been bought for long-term connections to race, it has not been confirmed yet where she will go, but she will probably end up outside of England or Ireland."

The Doyles have enjoyed success with Riversfield Stud consigned progeny of ACCLAMATION before, with Peter Doyle having purchased the Group 2 Richmond Stakes winner HARBOUR WATCH from the farm at the 2010 Tattersalls December Yearling Sale for 58,000 guineas.

WINTER SNOW is a daughter of the Group 3 Princess Elizabeth Stakes winner GONFILIA and a half-sister to the Group 1 British Champions Sprint winner GLEN SHIEL.

The Tattersalls December Foal Sale continues at 10am on Friday, 26th December.