The Tattersalls February Sale got off to a strong start with rises across the board and a NIGHT OF THUNDER yearling colt topping proceedings at 175,000 guineas. Offerings from the late Sheikh Hamdan’s Shadwell Estate were in great demand, resulting in the top-priced yearling, two-year-old, filly in training and mare during the opening session.

The top priced lot during the opening session was the Shadwell Estate-consigned NIGHT OF THUNDER yearling colt, knocked down to Anthony Stroud on behalf of Ballyhimikin Stud for 175,000 guineas, the second-highest price ever achieved at the Tattersalls February Sale by a yearling. Underbidder on the colt was JD Moore.

Out of the DALAKHANI mare ELSHAADIN, the colt is a half-brother to the Listed winner MOQTARREB and hails from the family of Group 1 winners NATHANIEL, PLAYFUL ACT and GREAT HEAVENS.

"NIGHT OF THUNDER has done incredibly well, the dam has produced two Stakes winners, we like the individual, and he heads to Ireland,” said Stroud, speaking on behalf of Ballyhimikin Stud.

“He has a fantastic back pedigree and we hope he comes back next October and makes money!" 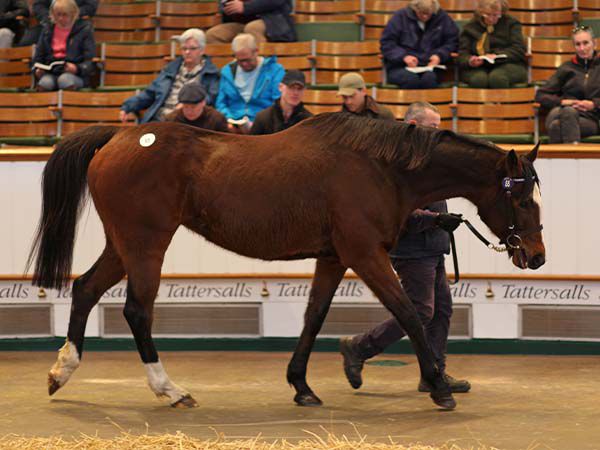 ANASHEED was another from the Shadwell Estate draft to fetch a six-figure sum, bought by Blandford Bloodstock’s Richard Brown for 130,000 guineas after winning prolonged bidding duel with Tweenhills Stud’s Hannah Wall.

A winner of one of her three starts on the track for Owen Burrows and officially rated 93, ANASHEED has a two-year-old colt by SIYOUNI and yearling filly by SEA THE STARS.

"I bought her for a partnership,” commented Brown. “She was highly rated, despite only racing three times. I spoke to her trainer Owen Burrows who said there was no doubt she was a Stakes-calibre filly.

“She is by the newly crowned Champion sire, she has got a nice page, the first two out of her look really nice, they look like good types, and she was the mare I really wanted today.”

Of stallion plans, Brown, who manages Ardad, continued: "I think she will really suit Ardad. He is chock-a-block full but I have a covering that I can use." Exciting Filly Mashaaer to Race on for Spiller

The once-raced MUHAARAR filly MASHAAER was the top priced horse in training on the opening day was knocked down for 105,000 guineas to Meah/Lloyd Bloodstock’s Jamie Lloyd on behalf of owner Jonathan Sarkar.

Consigned by Barton Sales on behalf of Shadwell Estate, the three-year-old finished second in a maiden at Ascot for Richard Hannon on her only start behind the highly-rated filly BOUQUET and will continue her career with Newmarket-based trainer Henry Spiller.

“Jonathan has three mares with us on the farm and horses in training with Henry,” said Lloyd.

“That form of her first race – you don't make private offers on a Shadwell horse – but if you had have done, you would have been offering in the region of £250,000. We just felt she is a filly that down the road, even at this price, she could look cheap. Jonathan is looking for something a bit better and a bit nicer to add to his string."

“She will race and she will breed,” added Sarkar.

Henry Spiller was on hand to watch the purchase and said: “We are delighted. Her form is rock solid. We have a filly whose form ties in with the third horse and we like her a lot. She is a lovely looking filly and it’s a great farm to buy from.” 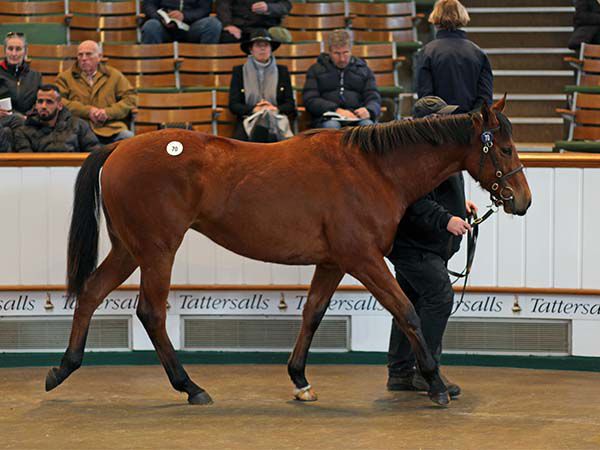 The top priced two-year-old during the opening session was the EXCEED AND EXCEL filly out of the DUBAWI mare NAWASSI that realised 105,000 guineas to the Dubai-based trainer Satish Seemar, bidding on the telephone through Tattersalls’ Jason Singh.

A grand-daughter of the Group 2 Queen Mary Stakes winner and 1000 Guineas placed MAQASSID, the February-born filly was consigned by New England Stud on behalf of Shadwell Estate.

“She has been bought for an existing client of Satish Seemar's and she goes to Dubai,” said Singh.

“Satish is looking for recruits for the next season in the Middle East. He went through the catalogue himself, put a short list together and got the horses vetted here. She was his pick of the two-year-olds.”

The Tattersalls February Sale continues at 10am on Friday, 4th February with the second and final session.