The FRANKEL colt out of SIMPLE VERSE was the top price on an electric day of trade at the Tattersalls December Foal Sale selling for 600,000 guineas, one of 14 lots to sell for 300,000 guineas or more.

One of the highlights of the December Foal Sale, the FRANKEL colt out of the Classic winner SIMPLE VERSE, is set to return to Tweenhills after her part owner Sheikh Fahad bought out his partners at 600,000 guineas. Those bidding on the colt included Eugene Daly and Philipp Von Stauffenberg, but it was John Gunther, bidding on the rope, who had the final say.

"John was acting for Sheikh Fahad, who was buying out his partners," reported Redvers.

"Sheikh Fahad, his brother Sheikh Suhaim and associate Mohammed al Kubaisi owned the mare in partnership and initially the other two wanted to sell after she finished racing.

"Sheikh Fahad persuaded them to stay involved, but with the agreement to sell all of her progeny as foals.

"The Sheikh did see this colt in the summer, but only got here this evening when he saw him again and finalised his decision to buy his partners out."

The colt was the first foal of SIMPLE VERSE who won the Group 1 British Champions Fillies/Mare Stakes at Ascot and the Group 1 St Leger at Doncaster. 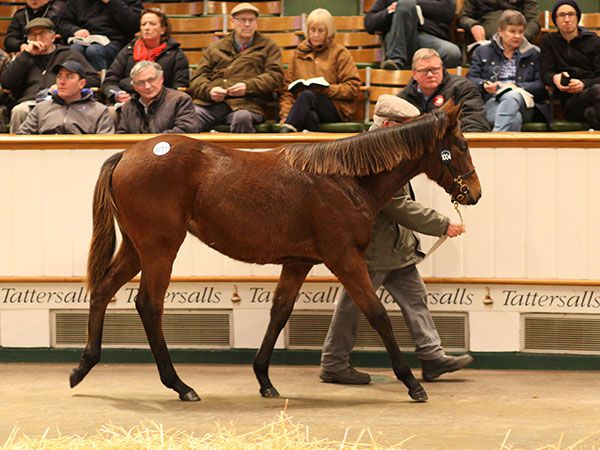 The leading buyer on the third day of the Tattersalls December Foal Sale was US buyer and businessman John Sykes of Florida-based Woodford Thoroughbreds who purchased five lots through agent Lincoln Collins for a total of 1,390,000 guineas.

The top priced of the quintet was the INVINCIBLE SPIRIT filly from Bernard Cooke’s Bryanstown House Stud who realised 440,000 guineas. The daughter of the KING’S BEST mare LISCUNE is a half-sister to the Group 3 Sceptre Stakes winner MUSIC BOX and the Group 2 Dante Stakes second EKTIHAAM.

Collins indicated that the Woodford Thoroughbreds purchases would head to Luke Lillingston’s Mount Coote Stud and could either be reoffered next year or retained.

Lincoln Collins said: "Plans will be fluid, but with a filly there are more options.

"With a pedigree such as this there are broodmare considerations, and she has a pedigree that you would want for your broodmares." 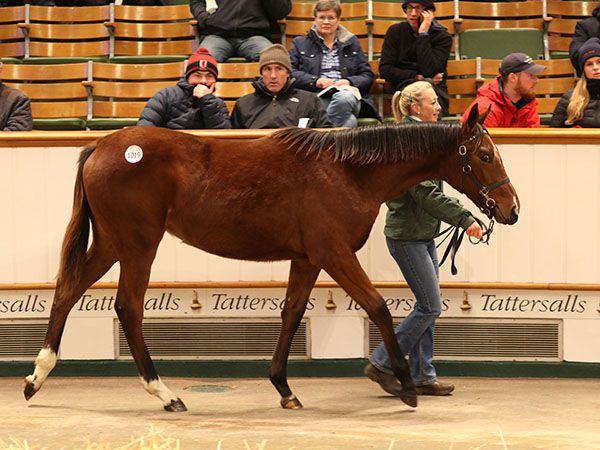 Lincoln Collins and John Sykes struck again a few lots later when they went to 400,000 guineas to land the SEA THE STARS filly out of the ANDERFLUG mare AMAZONE, consigned by Castletown Stud.

"That was amazing," said Castletown's Joe Hernon. "We bought the mare as maiden here and she comes from Gestut Schlenderhan bloodlines, which recently celebrated 150 years of breeding horses.

"I share her with Dr Klaus Schulte and we decided to send her to Sea The Stars because he is crossing so well with German pedigrees."

The filly is a half-sister to the Listed placed pair APADANAH and ANCONA and a granddaughter of the Group 1 German Oaks winner AMARETTE.

The fourth highest price for the day was 375,000 guineas given by the WH Bloodstock team of Violet Hesketh and Mimi Wadham for the INVINCIBLE SPIRIT brother to the leading sprinter INVINCIBLE ARMY. Consigned by Dermot Cantillon’s Tinnakill House, the colt is out of the Group 1 Falmouth Stakes winner RAJEEM.

INVINCIBLE ARMY won the Group 2 Duke of York Stakes and a further three Group 3 races and has been retired to stand at Yeomanstown Stud in 2020.

The Tattersalls December Foal Sale continues at 10am on Saturday 30th November with the fourth and final session.