A colt by SIYOUNI was the star turn on the final day of Book 2 of the Tattersalls October Yearling Sale at 600,000 guineas as the sale returned a record turnover and median whilst the highest price for a yearling at this fixture was broken twice.

The headline horse on the final day of Book 2 of the Tattersalls October Yearling Sale was the SIYOUNI colt out of MOONLIT GARDEN who was knocked down to Shadwell Estates’ Angus Gold for 600,000 guineas. Consigned by Barton Stud on behalf of breeders’ Biddestone Stud, the son of the Listed placed EXCEED AND EXCEL mare is a sibling to the Group 3 Cornwallis Stakes placed MOKAATIL and the Listed placed DAN. Gold secured the stunning colt after seeing off the efforts of the Hong Kong Jockey Club’s Michael Kinane and agent Alex Elliot.

"We reorganised everything a couple of years ago – we sold the stud and put together a new team including Barton Stud, Tom Blain and Olivier St Lawrence; it is the best decision we have made. Tom produces the horses so well."

Gill continued; "This mare is fabulous – you can just trust that she will always throw to the stallion. She was one of the first mares that we bought rather than inherit after we had taken on Biddestone.

"We have a breeding right in Siyouni and we thought his body, walk and speed would superimpose well on a foal from the mare."

Bostwick added; "Moonlit Garden had a Muhaarar foal this year and her daughter Dream Dreamer had a super Showcasing, who will come here next year." 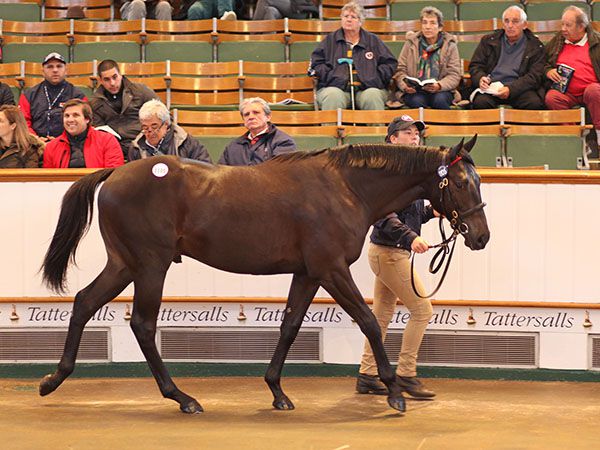 There have been some spectacular pinhooking triumphs during Book 2 of the October Yearling Sale and one of the best was the NO NAY NEVER colt consigned from John Foley’s Ballyvolane Stud who realised 325,000 guineas, having been bought as a foal for just 54,000 euros.

The good-looking son of leading second-season sire NO NAY NEVER attracted plenty of attention from the buyers' benches and in the end was knocked down to Rabbah Bloodstock for 325,000 guineas.

The colt, who is out of LADY SOLDIER, a daughter of the KINGMAMBO sire EREWHON and the Grade 3 Natalma Stakes winner LUSH SOLDIER, was purchased by Foley in association with the Flannerys of Egmont Stud.

Foley said; "He has always been a gorgeous horse. He came back as a lovely yearling, by a popular sire and he really went the right way. We've been very lucky." 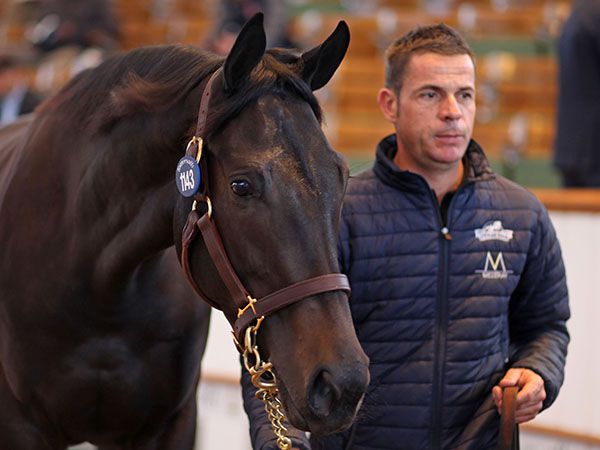 French consignor Haras du Mezeray enjoyed a successful sale on the final day of Book 2 of the Tattersalls October Yearling Sale when their NO NAY NEVER colt out of the GALILEO mare MAID TO BELIEVE was purchased by Ross Doyle for 270,000 guineas after he outbid Anthony Stroud.

"It is the first time in eight days that I have beaten him!" smiled Doyle.

"This is a nice big attractive filly with a great walk and by a very good stallion.

"She has a great page too and will make up into a lovely broodmare in time, but first, let's hope she is a good racehorse – that's up to Richard Hannon."

The filly, a half-sister to the Group-placed filly MAID TO REMEMBER, is a grand-daughter of MAID TO THE HILLS, the dam and ancestress of nine black-type horses. 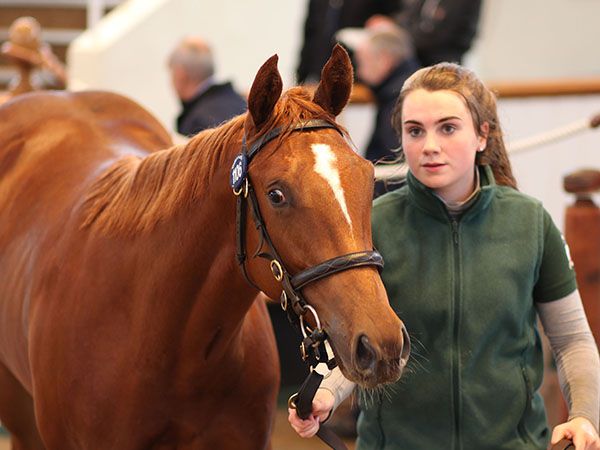 Juddmonte Farms, who stand sire-sensation FRANKEL, made a rare entry into the sale ring to secure his chesnut daughter of the Group winning DUTCH ART mare LADYS FIRST. Bred by Lady Bamford and offered by The Castlebridge Consignment, the filly was knocked down to Juddmonte’s UK Stud Director Simon Mockridge for 270,000 guineas with Anthony Stroud the underbidder.

"We like Frankel fillies and we like Frankels!" said Juddmonte’s Racing Manager Lord Grimthorpe. "We tried on a number of Frankels last week and were unable to buy, but we like this filly and she is bred on a good cross."

Of Juddmonte's exciting news that star filly ENABLE stays in training for 2020, Grimthorpe said; "It seems to have been well received, all the reaction so far seems to have been positive! Hopefully, we will be standing here next year and saying what a great decision it was.

"The decision obviously required a lot of thought, but she passed her MOT after the Arc very well and that helped with the decision-making process."

At the conclusion of Book 2 of the 2019 Tattersalls October Yearling Sale, Tattersalls Chairman Edmond Mahony commented;

“Yet again Book 2 of the Tattersalls October Yearling Sale has achieved turnover in excess of all other European yearling sales except last week’s October Book 1. In addition, the sale has averaged more than 75,000 guineas and grossed in excess of 48 million guineas for the third consecutive year. The obvious highlights have been Croom House Stud’s exceptional 900,000 guineas NO NAY NEVER colt who is the highest priced colt ever sold at this fixture, followed swiftly by Trevor Stewart’s beautifully bred record breaking DARK ANGEL filly, presented by Ballyhimikin Stud, whose 1,050,000 guineas sale broke new ground for Book 2 of the October Yearling Sale.

“Individual records always make good reading, but the real Book 2 story has been the sustained demand from start to finish. It is a pretty extraordinary statistic that as recently as 2012 there were 48 Book 2 yearlings sold for 100,000 guineas or more and this year we have had more than 160 reach that level. The support of the Maktoum family and their associates has, of course, played a huge part in the success of the sale and their continued enthusiasm and commitment should never be underestimated, but they have been joined by buyers from the wider Gulf region and from throughout the world including Australia, Hong Kong, Japan and the USA, all of whom have made a significant impact on a sale which has produced an impressive clearance rate of 85%.

“Equally importantly, the British and Irish trainers have also been out in force. The combination of a strong catalogue featuring so many quality British, Irish, French and German yearlings and the sale’s reputation for producing Champions year upon year, makes October Book 2 a sale which everybody wants to attend. They have all made a valuable and hugely appreciated contribution and we look forward to sustaining the momentum as we turn our attention tomorrow to Book 3 of the October Yearling Sale."

Book 3 of the Tattersalls October Yearling Sale starts on Thursday, October 17 at 10am.