The opening session of the Tattersalls August Sale saw robust demand across the boards with a pleasing clearance rate of 84% and six lots selling for 50,000 guineas or more.

The top lot on the first day of the Tattersalls August Sale was the dual winner CLOUD DRIFT who was bought by Sheikh Isa bin Salman Al Khalifa's Al Adiyat Racing for 75,000 guineas via the Live Internet Bidding platform.

The three-year-old son of TORONADO was offered from Michael Bell’s Fitzroy House Stables with the trainer, who was at Park Paddocks to see the gelding sell, remarking:

"He is an attractive horse who moves well and is sure to go on and well for his new connections. He is relatively lightly raced and I am sure he will go on again.”

CLOUD DRIFT, who raced for The Queen, was offered with a ‘Timeform’ rating of 99. 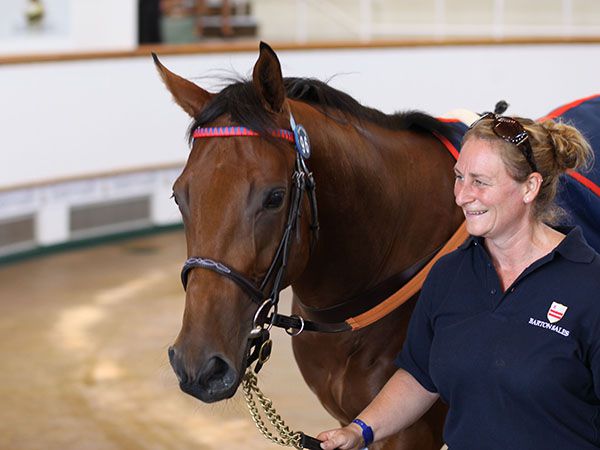 The smart two-year-old SOLDIERPOY, third in the Weatherbys Super Sprint on his latest start for trainer Tom Clover and owners The Shimplingthorne Syndicate, is bound for Qatar after being knocked down for 67,000 guineas to agent Will Douglass.

The SEPOY colt, a winner of his second start and now officially rated 79, was bred by Chasemore Farm and bought as a yearling by Jackson-Stops Bloodstock/Tom Clover for £7,000 at the Tattersalls Ascot Yearling Sale. He is out of the INVINCIBLE SPIRIT mare LAMPS OF HEAVEN from the family of five-time Group 1 winner DREAM AHEAD.

“He is for Injaaz Stud in Qatar. This horse has rock-solid form, he’s been well presented and the trainer’s done a good job with him. He’s strong and sound and should do a job for us. We tried to buy him a month ago and Happy Romance has won again since,” said Douglass, adding:

“This is a great time of year to have a sale of this type. It suits everyone buying for an overseas market. At present in the Middle East they are not racing because it is high summer, so we buy them, and then ship them over which gives them time to acclimatise before they restart racing in September.” 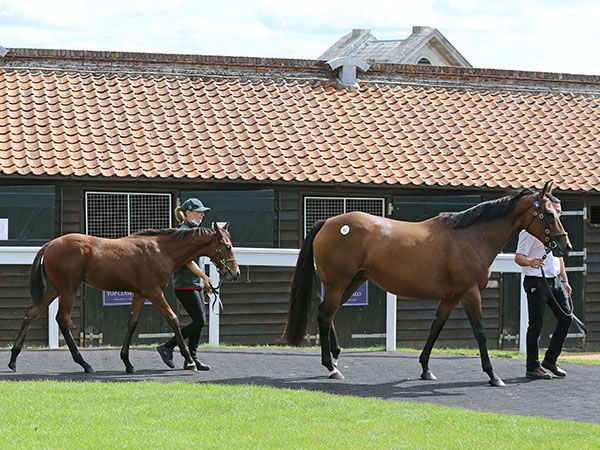 MZYOON provided one of the highlights of the opening day of the Tattersalls August Sale when agent Peter Harper struck at 58,000 guineas for the seven-year-old GALILEO mare, a half-sister to dual Group 1 winner SOCIETY ROCK, consigned by The Castlebridge Consignment with an April 11 colt foal by EXCEED AND EXCEL at foot.

"She is for Sheikh Sabah Al Sabah," reported Harper. "As a mare by Galileo she was hugely appealing, she will go to Derek Iceton at Tara Stud where all of the Sheikh's mares board. We think she was value at that price. We will decide on plans for this foal, in all likelihood he will be sold as a yearling."

A member of the Kuwaiti royal family, Sheikh Sabah has a broodmare band of around eight at Tara Stud and horses in training with Roger Fell and George Scott including the impressive recent Chester debutante winner THE FLYING GINGER. MZYOON was unraced but has produced one winner from two runners so far.

"The Sheikh is very ambitious, very enthusiastic about breeding which is a new venture," added Harper, who also purchased the winning LOPE DE VEGA mare BARAKAAT in foal to STUDY OF MAN for the same connections. 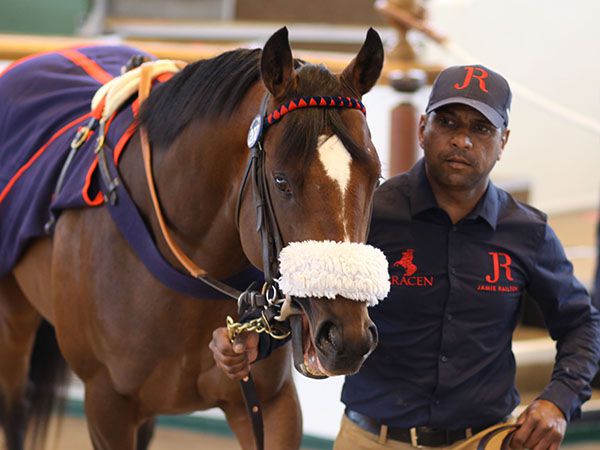 Digital Duel for Deliver The Dream

There were three lots that sold for 50,000 guineas during the opening session, with the battle to secure the two-year-old DELIVER THE DREAM turning into a purely digital affair. In the end it was Qatar-based trainer Debbie Mountain who emerged as the victor on behalf of owner Hassan Abdulmalik. Consigned by Jamie Railton, the juvenile colt by KANTHAROS has an official rating of 88 and won a maiden at Windsor for trainer Robert Cowell and owner Tom Morley before running in the Listed National Stakes and the Group 3 Molecomb Stakes.

The Tattersalls August Sale continues at 10am on Tuesday, August 25.