The Tattersalls December Mares Sale got off to a spectacular start at Park Paddocks in Newmarket with an opening day that included the first of the two inaugural Sceptre Sessions. ARCHANGEL GABRIEL topped proceedings at 800,000 guineas, whilst turnover of 22,090,500 was up 45% on last year’s corresponding session. The opening day’s Sceptre Session was welcomed by a packed sale ring and saw 22 lots sell for 8,270,000 guineas at an average of 375,909 guineas.

The top lot on the opening day of the Tattersalls December Mares Sale was ARCHANGEL GABRIEL, consigned by Norris Bloodstock to dissolve the partnership of Hunscote Stud and Chris Humber. Bloodstock agent Jill Lamb made a concerted effort to secure the regally bred mare with Marlhill Stud’s Eddie Irwin also entering the fray, but it was Hunscote Stud’s manager Andy Lloyd who won out with a successful bid of 800,000 guineas.

"We were one of the partners so obviously we were paying 50p in the pound," said Lloyd. "She is a gorgeous mare, you don't get many chances and we had one. I think she is a decent buy for us on what she has bred. She has got a good cover and the family is very active, we are very lucky to keep her.

"Her progeny have made multiple times six figures, so we will see what St Mark's Basilica brings in March. We have no plans as yet for the spring, you don't make plans unless you've got something - now we have got her we can make a plan!”

The daughter of ARCH is no stranger to success in the Tattersalls sales ring. She was a 200,000 guineas purchase from Airlie Stud at Book 1 of the October Yearling Sale, whilst her yearlings by KINGMAN and SAXON WARRIOR have realised 350,000 guineas and 325,000 guineas respectively at the same sale. Her daughter VILLE DE GRACE looks set to enhance those figures when she is offered in the second Sceptre Session on Tuesday as Lot 1893. 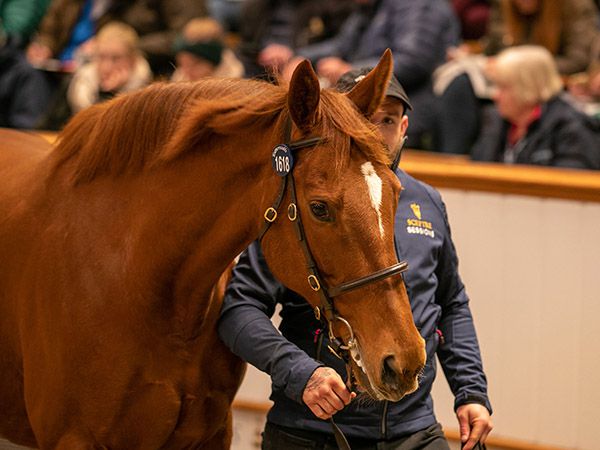 One of the eagerly awaited features of the first Sceptre Session was the dispersal of the late Sir Evelyn de Rothschild’s Southcourt Stud and the trio of mares consigned by New England Stud proved to be as highly sought after as anticipated. The highest priced of those was CRYSTAL ZVEZDA, with Yeomanstown Stud’s Rob O’Callaghan, bloodstock agents Alex Elliott, Michael Donohoe and Cathy Grassick and Hillwood Stud’s Charlie Vigors among the bidders to attempt to secure the beautifully bred ten-year-old. Underbidder Jeremy Brummitt made a dramatic late play with a bid of 750,000 guineas from the stairwell but the Listed winner was finally knocked down to Longview Stud’s Eugene Daly for 775,000 guineas.

The winner of the Listed Newbury Fillies’ Trial Stakes, CRYSTAL ZVEZDA is a DUBAWI half-sister to the Champion CRYSTAL OCEAN, Grade 1 winner HILLSTAR and the three-time Group 2 winner CRYSTAL CAPELLA. She is the dam of the Listed placed three-year-old FRANKEL filly CRYSTAL CAPRICE, who will be offered from Sir Michael Stoute’s Freemason Lodge Stables in Tuesday’s Sceptre Session, and her four-year-old FRANKEL own-sister CRYSTAL STARLET who sold for 425,000 guineas to Hurworth Bloodstock later in the session.

Consignor Peter Stanley of New England Stud commented: "They are lovely, lovely mares from Southcourt. I am so sad those lovely ladies are leaving us. They are gorgeous mares, each one is a queen. It is not often that you see such a beautiful group of mares together - each one athletic, every one with depth and substance and bone, just gorgeous.

"I think the testament was the four foals who sold so well last week, they showed the type of horses that they are breeding. You can't complain at the prices, but it is terribly sad that it is not to be any longer and when things come to an end."

Stanley added: "Evelyn and Renée loved it, they talked about it. They would be both very proud of what has happened. They will look down and smile. The children are not racing fanatics, but they do have a sense of the history for their father and I think they have been very moved by the whole thing.

"Sir Michael Stoute knew those families inside out and the sky is now the limit for Infinite Cosmos. Crystal Caprice, the daughter of this mare, is stakes placed, and they both have the capability to add to the Rothschild legacy." 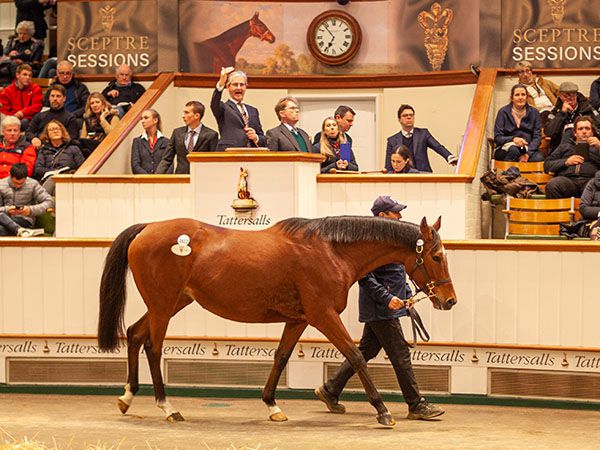 Lamb Strikes for Innevara at 750,000 Guineas

The hour and a half duration of the first Sceptre Session was not short of drama and one of the most enthralling bidding duels came for the Fittocks Stud consigned INNEVERA, dam of the Group placed and Listed winning three-year-old OTTOMAN FLEET. Underbidder David Redvers took the bidding past half a million guineas but could not see off the winning bid of 750,000 guineas offered by Jill Lamb, standing with Graham Smith-Bernal in the bidders.

"We are really pleased to get her, she was our main pick for today," said Lamb. "She is a lovely individual, her first foal is very highly rated and now on a mark of 115 and I loved her Le Havre yearling who I saw - she was bought here by David Redvers for 350,000 guineas, she was a beauty. She is going to Ralph Beckett so is in safe hands! We liked the Zarak cover too."

INNEVERA is a MOTIVATOR half-sister to the Champion European miler and Group 1 Lockinge Stakes winner KELTOS, the Group winners KRATAIOS, LOXIAS and KAVAFI, and the Listed winner IRIDANOS. Her first foal OTTOMAN FLEET has added yet more blacktype to the catalogue page since publication with an impressive second Listed victory in the James Seymour Stakes at Newmarket, and she was offered in foal to the exciting young sire ZARAK. 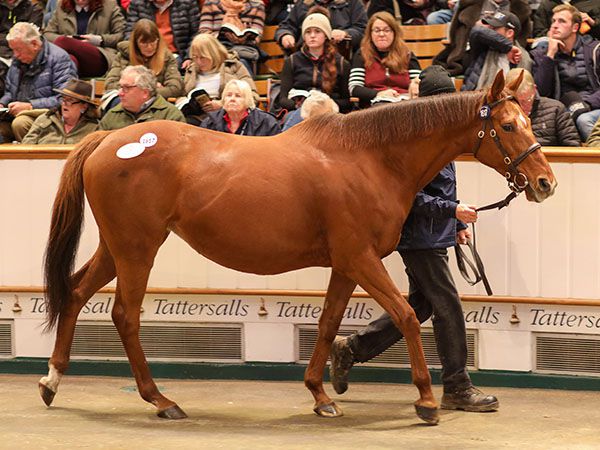 The fourth lot to top 500,000 guineas on the opening day of the Tattersalls December Mares Sale was WAILA, another of the trio of regally bred mares consigned by New England Stud from the dispersal of Southcourt Stud. BBA Ireland’s Adrian Nicoll struck at 550,000 guineas for the daughter of NOTNOWCATO, offered in foal to the three-time Group 1 winner PINATUBO.

A delighted Adrian Nicoll commented: "Her Sea The Stars foal made 400,000 guineas last week, the two-year-old Infinite Cosmos is supposed to be very good, she is a lovely looking mare and she is a stakes winner, so I am very happy!

"She is going to Ireland and is for a partnership. We have not decided what we are going to do yet as regards stallions. She is a lovely mare, and a great reflection of Sir Evelyn de Rothschild's breeding programme. She is one of the picks of the day."

A ten-length winner of the Listed Aphrodite Stakes and placed in the Group 3 Lillie Langtry Fillies’ Stakes, WAILA is a half-sister to Listed winner CRYSTAL STAR, the dam of Champion CRYSTAL OCEAN and his illustrious siblings HILLSTAR and CRYSTAL CAPELLA. Already the dam of the 90-rated TRAILA and the exciting Classic prospect INFINITE COSMOS, her filly foal by SEA THE STARS was purchased for 400,000 guineas at last week’s Tattersalls December Foal Sale. Runner up by a short head on her debut since catalogue publication, INFINITE COSMOS will be offered from Sir Michael Stoute’s Freemason Lodge Stables on Tuesday and is as short as 33/1 for next year’s Oaks.

The Tattersalls December Mares Sale continues at 9.30am on Tuesday, 29th November with the second part of the ‘Sceptre Sessions’ set to be the highlight.