Book 3 of the Tattersalls October Yearling Sale came to a close with a strong final session to mirror the resilient trade across Books 1 and 2, and resulted in rises in turnover and median and a clearance rate of 85%.

Authorized Colt to Elliot for 90,000 Guineas

The top lot on the second and final day of Book 3 of the Tattersalls October Yearling Sale came late in the evening when the AUTHORIZED colt out of the NEW APPROACH mare SWEET ROSE was knocked down to Alex Elliot for 90,000 guineas. The sale represented the fifth-highest price over the two days of Book 3.

Consigned by The Castlebridge Consignment, the half-brother to the Listed winner SCENTASIA was the subject of a prolonged bidding duel between Elliot and Jedd O’Keefe. The colt’s granddam WHITE ROSE and great granddam WILD ROMANCE were both Champion two-year-olds in Germany.

"Long day waiting for this chap, but worth waiting for him!" exclaimed Elliot. "He is going to go to Ireland for a client, he has got lots of options. He is by a sire that we love, they don't make them in Europe anyway as Authorized is in Turkey. This colt could run next year on the Flat – he is a brother to a 106 rated filly – or we can keep him and we can go the National Hunt route.

"He is a beautiful horse, had a great outlook, vetted good, and also has French premiums so the list of options is endless." 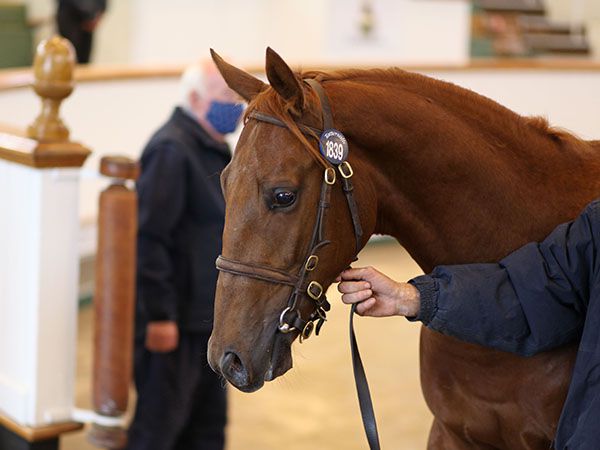 The star turn on the second day of October Book 3 was the NIGHT OF THUNDER colt out of the ROCK OF GIBRALTAR mare MOONSTONE ROCK who was knocked down to trainer James Tate for 46,000 guineas on behalf of Rabbah Bloodstock.

"Obviously Night Of Thunder has done incredibly well so we were looking for his stock," said Tate. "We thought he was a really lovely example of the stallion and really liked the way he walked around the ring. Fingers crossed he will be a good horse."

"I am delighted for the Golloglys," said Cantillon. "It is a great price. We have had the horse since January when he was weaned and he has always been a nice horse, but the price has surprised us. The stallion has been doing very well and perhaps it was good to be a big fish in a small pond.

"They are small breeders near Epsom and it is great for them, the Golloglys are very good friends."

NIGHT OF THUNDER is the leading second crop sire in Europe and his first two crops have featured 17 Group/Listed winners and 26 stakes performers. 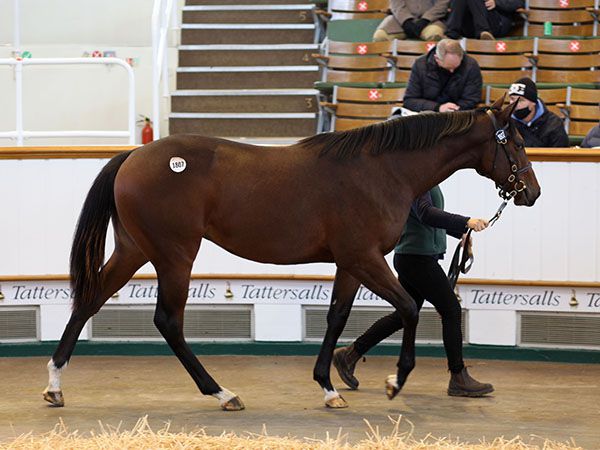 The top-priced filly of the day was a daughter of first crop stallion TIME TEST out of the CANFORD CLIFFS mare LEAP OF JOY, who was knocked down to Nick Bradley Racing for 45,000 guineas. She was sold by The Castlebridge Consignment on behalf of breeder Marston Stud.

"She had a Book 1 physical to my mind," said Bradley, adding: "The 45,000 guineas was more than I wanted to spend and underbidder Federico Barberini is a fair judge, and generally if I am on one then he is on one, and he made me pay! She is a belting physical and she will join Richard Fahey."

TIME TEST, who stands at The National Stud in Newmarket, was a two-time Group 2 winner for Roger Charlton and was placed in the Group 1 Eclipse Stakes. He is a son of DUBAWI whose sons at stud include the ‘hot’ young stallions NIGHT OF THUNDER and NEW BAY.

"It is all testament to everyone who used Time Test," said The National Stud’s Tim Lane. "We all know what can happen in the spring and coming through to the autumn. He stamps them, they have got the Dubawi middle, great action and very good minds."

Bradley, who has enjoyed a spectacular year on the racecourse in 2020, has had a busy sales season having bought "20-something" yearlings and commented:

"I have sold nearly all of them already. Everything I bought in Book 2 has sold out, I own 22 fillies and not one colt. My theory is that if I won the Dewhurst, it would have to be by a fashionable stallion then I would want to be selling the horse on and then the owners say 'why are you trying to sell it on?'

"If we won the Cheveley Park or the Fillies' Mile the value will be there all the time, then I won't be in a rush to sell them and the owners can live out their dreams. The GB bonus helps as well - we complain about prize-money but there is twenty grand there for winning a race."

The Tattersalls October Yearling Sale comes to a conclusion with Book 4 starting at 10am on Saturday 17th October.