The Tattersalls Autumn Horses in Training Sale got off to a strong start with the Juddmonte draft responsible for two of the top three lots and the average and median rising significantly.

The top lot on the opening day of the Tattersalls Autumn Horses in Training Sale was the Juddmonte Farms offering SASH who was knocked down to Red Baron's Barn & Rancho Temescal’s Tim Cohen for 320,000 guineas.

"He is a lovely physical – and you have to pay to get quality. It is more than I wanted to spend, but I didn't want to let him go either!” said Cohen, who initially shook his head when offered a bid at 290,000gns, but later pressed on to the winning bid, leaving agent Alex Elliott as underbidder.

"This horse likes firm ground which is important going to California and he still gets all the conditions so he will fit into the programme."

Cohen is a regular visitor to Tattersalls and the annual trip stretches back a generation beginning with his father.

"I first came with Jed, who had set up Red Barons Farm," said Cohen. "He used to come here with his trainer Darrell Vienna.

"We had a bit of a break due to market forces and we were buying in South America, but we've been coming back for the last five years."

Cohen will decide on trainers at a later date, but his buying team of Ed Freeman, Joe Miller of Kern Thoroughbreds and Alastair Donald of SackvilleDonald is set in stone

"I like to get the horses bought and then decide, but we have a great buying team – we work so well together and we all bring something to the table," added Cohen.

SASH was trained by Amanda Perrett and he is the winner of three races over a mile. The son of OASIS DREAM has a ‘Timeform’ rating of 101. 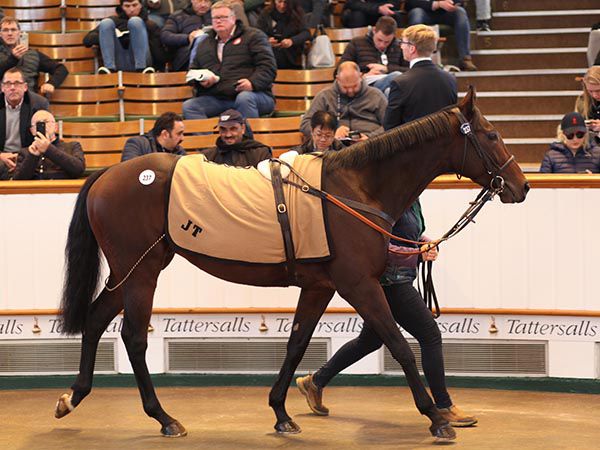 New Zealander agent Guy Mulcaster is a regular visitor to the Tattersalls Autumn Horses in Training Sale and the agent signed for two of the top three lots on the opening day on behalf of Chris Waller Racing. The first of those was the three-year-old Listed winner SURREY THUNDER who was sold by Tuite Racing for 280,000 guineas after Mulcaster saw off underbidder Alex Elliott.

"Back again!" laughed Mulcaster. "Our prize-money keeps going up so we keep coming back!

"He is a lovely style of a horse, looked well and has not been over-raced. Horses of his ability are difficult to get.

"We'll get him into the system at home and see where he fits in," said Mulcaster

SURREY THUNDER was sold by Surrey Racing, a syndicate run by Clive Hadingham and Steve Grubb, an investment banker and lawyer respectively by trade.

"We tend to buy this more middle-distance type," said the pair after the sale. "We can't afford sprinters and we have a few NH horses too, so the horses can go that way if it suits, but we are always looking for differing angles. This horse has been fantastic for us and the owners – we have travelled all around Europe with him.

"It is a balancing act between keeping them and selling them – this is the first horse we have had to sell at this level, it means we can go and buy again."

SURREY THUNDER is officially rated 104 and has been placed at Group level on two occasions this year for trainer Joseph Tuite. 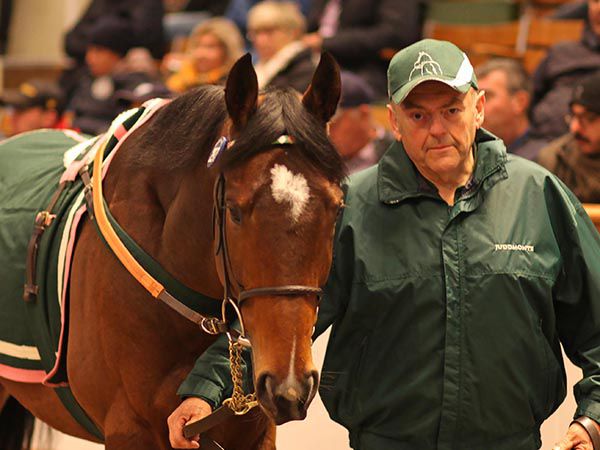 Mulcaster Again for Imaging at 260,000 Guineas

Mulcaster struck again later in the day when securing the OASIS DREAM colt IMAGING from the draft of Juddmonte Farms for 260,000 guineas. The four-year-old colt is out of the Listed winner DUBAI DESTINATION mare MIRROR LAKE and was victorious at Group and Listed level on three occasions for trainer Dermot Weld.

The ever popular Juddmonte consignment, selling on the opening day of the Autumn Horses in Training Sale for the first time, realised a total of 1,577,000 guineas for the 23 lots offered.

The Tattersalls Autumn Horses in Training Sale continues at 9.30am on Tuesday, 29 October.