The Tattersalls December Mares Sale got off to a strong start on the opening day with the two-year-old filly AUNTY BRIDY topping proceedings at 410,000 guineas and a clearance rate of 89%. The turnover, average and median all compared favourably with last year’s corresponding session given that the Waddesdon Stud dispersal, which realised almost 3 million guineas, was the feature of that opening day.

The top priced lot on the opening day of the Tattersalls December Mares Sale was the two-year-old filly AUNTY BRIDY who was purchased by Hurworth Bloodstock’s Sam Haggas for 410,000 guineas. The daughter of CAMACHO has only run three times and after winning her maiden was sixth in the Group 1 Moyglare Stud Stakes, before finishing second in the Group 3 Park Stakes for trainer Jim Bolger and owner David Granville.

Consigned today by Ballylinch Stud, AUNTY BRIDY is out of the GALILEO mare BENEDICTE, a half-sister to the Group 1 Middle Park Stakes winner AMADEUS WOLF. Interest in the filly came from Oceanic Bloodstock’s Michel Zerolo and Haras de Saint Pair’s Andreas Putsch, but neither could match Haggas who came out on top.

"She will stay in the UK for the short-term. She may go on to the US, it is undecided as yet, a plan will be made," said Haggas. "She is a good-looking, lightly raced filly, her form is good and there is more racing in her. She has run to a good level, and she is by a prolific sire of fillies – fingers crossed there is more to come from her."

Katsumi Yoshida’s Northern Farm in Japan purchased the second highest priced lot on the opening day when going to 400,000 guineas to secure CALMING EFFECT. The Juddmonte Farms consigned mare is by WAR FRONT out of the four-time Grade 1 winning EMPIRE MAKER mare EMOLLIENT.

Shingo Hashimoto, Northern Farm's manager of international affairs, was on hand to do the bidding on the four-year-old who was offered in foal to the legendary FRANKEL.

"Her confirmation is very good and she is having a Frankel who is a champion for us. She should match the stallions we have in Japan, and we have many good sires to choose from!" said Hashimoto.

FRANKEL has had notable successes in Japan with his son MOZU ASCOT winning Grade 1 races on dirt and turf whilst his daughter SOUL STIRRING  won the Grade 1 Hanshin Juvenile Fillies in 2016 and the Grade 1 Yushun Himba (Japanese Oaks) in 2017.

Hashimoto continued, "It is a difficult time for everyone as regards travel and I need to isolate when I get home, but travel has been as straightforward as possible and everyone has been very helpful." 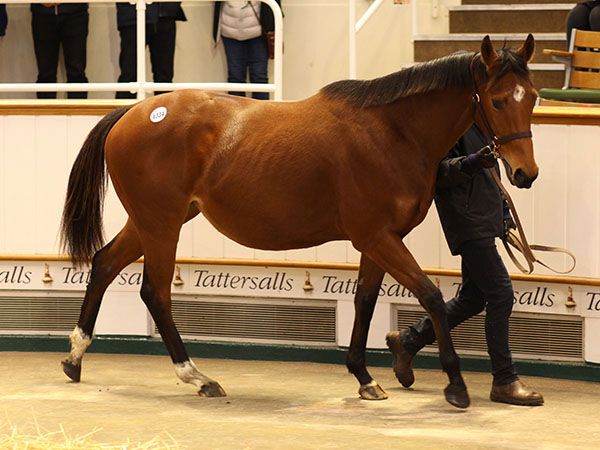 Locally based bloodstock agent Jill Lamb secured the OASIS DREAM mare FIRELIGHT for 330,000 guineas on behalf of Graham Smith-Bernal. Consigned by West Blagdon Stud in foal to ALMANZOR, the four-year-old raced for George Strawbridge and under the care of trainer Andrew Balding finished fourth in the Group 2 Lowther Stakes and Group 3 Dick Poole Stakes.

"Firelight is a lovely mare and she ticked a lot of boxes, a good race filly, a beautiful looker, and in-foal to Almanzor whom we like a lot. We managed to sell a Sea The Stars colt foal for 170,000 guineas – maybe we'll look to go down that route again, if they will have us!" said Lamb.

"Almanzor is a very suitable cover, and the physical will suit her well. I loved the yearlings, they are really good solid, wonderful-looking horses," continued Lamb.

FIRELIGHT is out of the Listed winning and Group placed GALILEO mare FREEDOM’S LIGHT and hails from the prolific CASSANDRA GO family that includes the Group 1/Classic winners HALFWAY TO HEAVEN, MAGICAL, RHODODENDRON, PHOTO CALL and CROSS COUNTER. 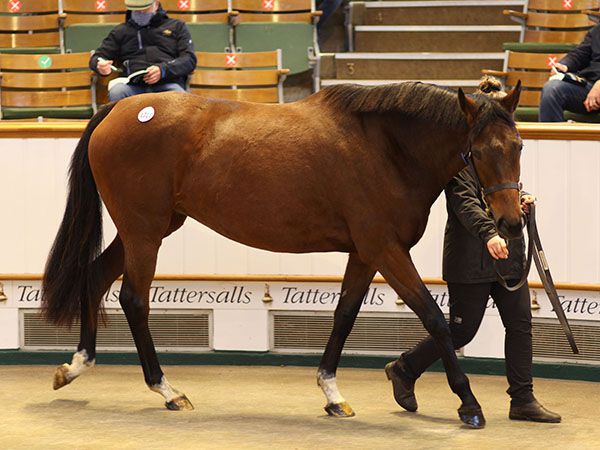 The GALILEO mare IT’S MAGIC hit the headlines early in the day when purchased by BBA Ireland’s Michael Donohoe for 260,000 guineas. The daughter of the TIMBER COUNTRY mare MAGIC TREE is a half-sister to the Group 1 Eclipse Stakes winner MUKHADRAM and was offered by Baroda Stud in foal to first season sire TEN SOVEREIGNS.

"She is a Galileo mare and we all know what Galileo mares can do," said Donohoe. "She is a very good physical, is a mare who should be easy enough to cross and she is from a nice tough family. She has been bought for a client from the Middle East who has a few mares in Ireland, and she will probably go back to board at Baroda. We are thinking of a stallion such as Siyouni for her next year – Siyouni on Galileo worked so well this year. And she has a nice covering at the moment in Ten Sovereigns, he is an exciting horse."

The Tattersalls December Mares Sale continues at 9.30am on Tuesday 1st December.