The Tattersalls Autumn Horses in Training Sale, the world’s largest horses in training sale, got off to a strong start with turnover up 20% on last year’s opening session and a clearance rate of 88%.

Leading the way during the opening session was Coolmore’s Irish Cesarewitch winner WATERVILLE who was knocked down to bloodstock agent Guy Mulcaster on behalf of Australian trainer Chris Waller.

"We saw him in June when we were at Aidan's and his form has gone on since," said Mulcaster. "I spoke to Chris this morning and he was keen to get the horse, so fingers crossed he works out for us.

"He is a well-bred horse and he has been looked after, he has not had many runs. He has got a high profile, he looks obvious for us. We have not had many by Camelot ourselves, but he has done well in Australia."

WATERVILLE caught the attention of many with a last-to-first victory in the Irish Cesarewitch, earning him a Timeform rating of 117p, before losing a shoe when unplaced in the Group 2 British Champions Long Distance Cup on Champions Day at Ascot. The son of CAMELOT out of the HERNANDO mare HOLY MOON is one of the best bred horses in the catalogue, as a half-brother to the Group 1 Irish Oaks winner SEA OF CLASS and the Group 1 winning pair CHARITY LINE and FINAL SCORE, who both recorded victories in the Premio Lydia Tesio. 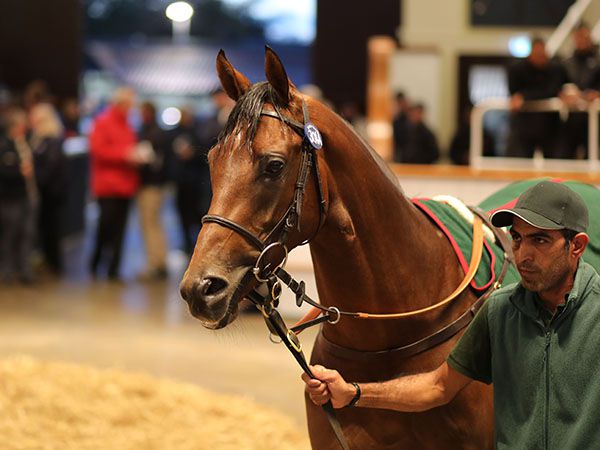 Australian buyers were to the fore again for the wildcard lot CHAIRMAN, who was knocked down to Ciaron Maher’s bloodstock manager Will Bourne for 400,000 guineas after he saw off locally based agents Stuart Boman and Johnny McKeever. Trained by Freddie & Martyn Meade, the son of ALMANZOR out of the CHAMPS ELYSEES mare NIMBIN has a Timeform rating of 106 and has won or been second in six of his seven starts, including when beaten just half a length on his most recent start in the Lavazza Stakes at Ascot.

Bourne commented: "We were really impressed when we saw him as a physical, he is a very athletic horse and isn't carrying too much condition. What we have observed is that the European horses who have worked for Ciaron are horses that are not too heavy and that we don't have to work too much, as obviously we have different facilities to here. I think he is a horse who should suit, he has been racing in those good handicaps and I will leave it to Ciaron from here!"

He added: "We were looking for a horse who can get a bit of distance, prize money is so good for the distance races compared to here and I think he is a horse who will really suit." 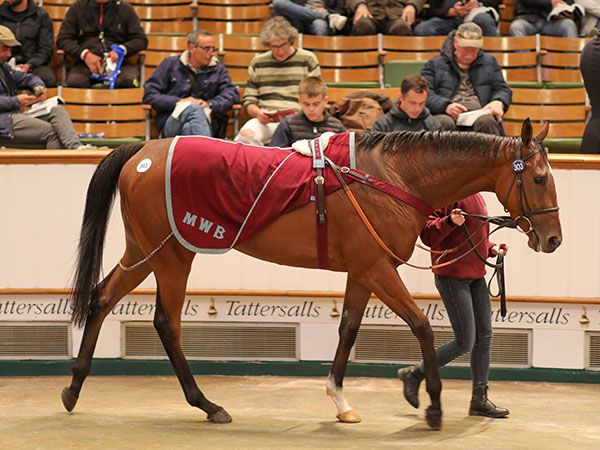 A familiar face at horses in training sales at Tattersalls over recent years has been that of owner Tim Cohen who signs under the Red Baron's Barn & Rancho Temescal banner. Along with bloodstock advisers Joe Miller and Alastair Donald, the team have enjoyed good success from the Tattersalls Autumn Horses in Training Sale securing the likes of Grade 1 winner RIVER BOYNE as well this season’s Grade 3 winner EVENING SUN and the Stakes winner MAGLEV.

The team had to push hard to secure the Michael Bell trained BELLSTREET BRIDIE, who they landed for 260,000 guineas despite the efforts of underbidder Marco Botti. The winner of three of her last four starts, the daughter of SIR PERCY out of the MEDAGLIA D’ORO mare MAMBO GOLD is rated 87 by Timeform.

Tim Cohen said of his new purchase: "I think she will go over a bit of ground in California, that division is getting a little light so with a younger filly she should do well for the year. We could give her a break after that and bring her back at four. That's the plan!

"We thought we'd have to go to that sort of money but the exchange rate helps!" he laughed, adding: "I’m going to pay tomorrow before the rate goes up!" 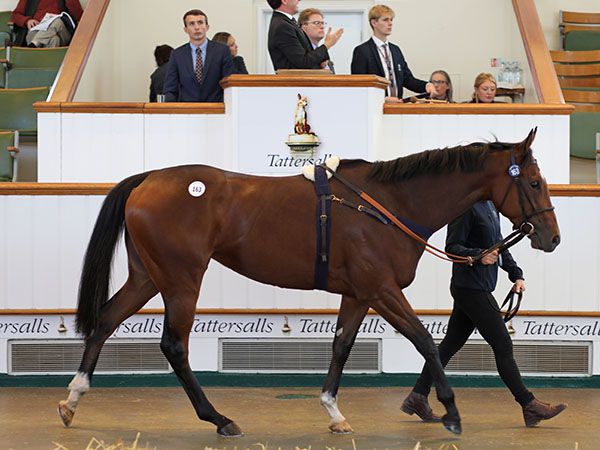 The HAVANA GOLD filly BEAUTIFUL AISLING is destined for Saudi Arabia after being knocked down to Najd Stud’s Saud Al Qahtani for 240,000 guineas. The two-time winner, and daughter of the Listed placed STATUE OF LIBERTY mare LIBERTY LADY, was a close second to MAGICAL SUNSET on her most recent start with that filly franking the form when winning the Listed Radley Stakes at Newbury on the weekend.

Al Qahtani said: "She is a good filly, she was beaten by a good filly last time in Magical Sunset who has already gone on to win at Listed level, and I think this filly is Listed class too.

"She might be one for the sprint on Saudi Cup day."

There is a chance that she could confirm that class before she ships to Saudi Arabia if her new owners decide to roll the dice, as she is entered in the Listed Bosra Sham Fillies’ Stakes at Newmarket on Friday.

She was sold by Simon & Ed Crisford’s Gainsborough Thoroughbreds, with Crisford Snr commenting:

"She is a beautiful filly, she has done us well throughout the summer. She is a very straightforward filly and will do very well in Saudi Arabia, I think they have bought her well and I have a lot of confidence in the filly."

The Tattersalls Autumn Horses in Training Sale continues on Tuesday 25th October at 9.30am.