The Tattersalls December Mares Sale got off to a strong start on the opening day with CRIMSON ROCK topping proceedings at 450,000 guineas, narrowly ahead of a pair of regally bred Juddmonte mares. The average and median both registered significant increases, whilst the turnover rose 24% to 15,289,200 guineas.

CRIMSON ROCK was consigned by Newsells Park Stud as part of a partial dispersal of Al Shahania Stud. The winner is a half-sister to the four-time Group 1 winner PEEPING FAWN, dam of the Group 1 Fillies’ Mile runner-up SEPTEMBER and the Irish Oaks fourth WILLOW, and THEWAYYOUARE, winner of the Group 1 Criterium International.

The farm's representative Shingo Hashimoto, who is at Tattersalls and was in charge of bidding, explained the reasoning behind the purchase:

"We have not decided yet whether or not she will go straight to Japan, hopefully she will suit the sons of Deep Impact on the farm, but at this moment we do not have any plans. Of course this mare line is one of the best, that was very attractive, and Fastnet Rock is going well in Japan." 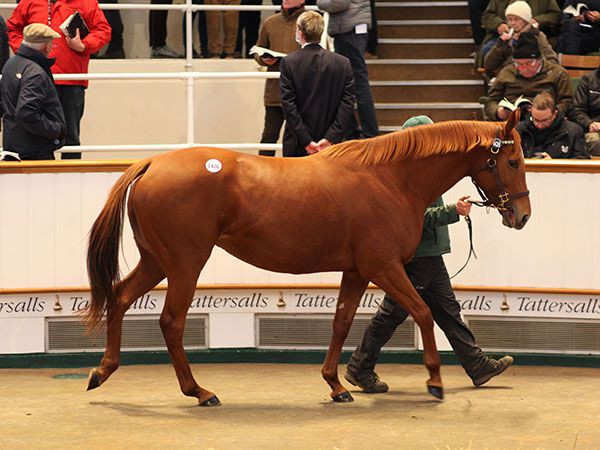 A small but select group of eight Juddmonte Farms consigned mares featured three of the top seven lots for the day, including the regally bred SUN TIDE who was knocked down to Hillwood Stud’s Charlie Vigors on behalf of Notting Hill Bloodstock for 400,000 guineas. The daughter of SIYOUNI, out of the Listed placed mare MIDSUMMER, is a half-sister to the six-time Group 1 winner MIDDAY and was offered in foal to the 2,000 Guineas winner KAMEKO.

"She is for a new client, coming to us and the produce will be sold on. It is the client's first horse, they are looking to develop a boutique broodmare band, no better family to buy into," explained Vigors. "The client is British-based and they might race a filly, but the mare has been bought on a commercial basis, plans are fluid. It is an exciting family they were keen to get into, and it is a nice commercial cover if they wish to sell."

Of the mare, Vigors added: "She is a very attractive mare, she is a neat mare so there will be plenty of options for her. There are some on the list for tomorrow."

The underbidder on SUN TIDE was Jose Delmotte sat with Marc-Antoine Berghgracht, who purchased NEEDLELEAF for 60,000 guineas at this sale in 2015, the dam of Champion two-year-old NATIVE TRAIL. 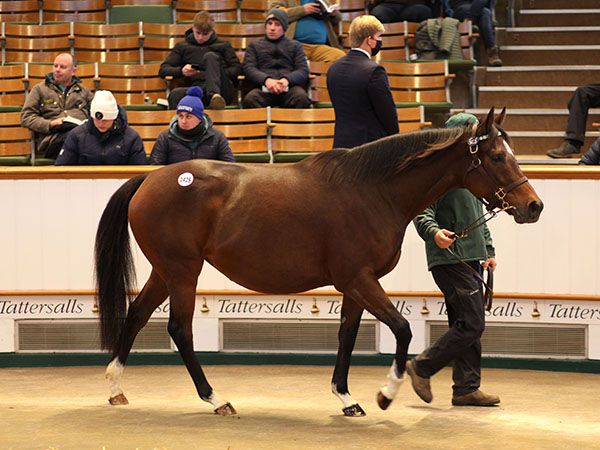 Another beautifully bred Juddmonte Farms female to catch the attention of buyers was the four-year-old DUBAWI mare TACITLY, who was knocked down to Horse France’s Robert Nataf for 375,000 guineas. The mare is out of the Group 1 Falmouth Stakes winner TIMEPIECE, the half-sister to the Group 1 Criterium de Saint-Cloud winner PASSAGE OF TIME, the dam of exciting young stallion TIME TEST.

"She is for a partnership between Ecurie des Monceaux and a client of Robert Nataf's," said Monceaux’s Henri Bozo.

TACITLY was offered in foal to Juddmonte Farms’ champion sire FRANKEL who has enjoyed a sensational year on the racecourse with eight individual Group 1 winners including the Derby winner ADAYAR, the Irish Derby winner HURRICANE LANE, the Fillies’ Mile winner INSPIRAL and the Falmouth Stakes winner SNOW LANTERN.

Nataf added of the reasons for her purchase: "The pedigree speaks for itself, and she is in-foal to the right stallion. It was not a brain scratcher!”

Bozo continued: “Her price was within where we wanted to play. We have to discuss plans for her, but she could be one for Wootton Bassett." 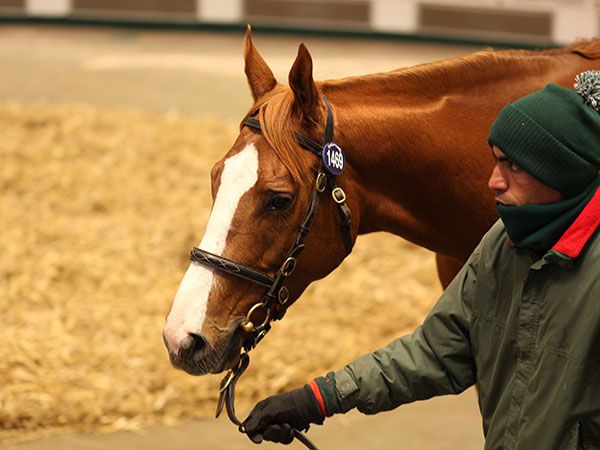 The SHOWCASING mare MODEL GUEST broke her maiden on her 23rd and final start for trainer Archie Watson but proved a model of consistency throughout her career that included a third in the Group 3 Sweet Solera Stakes at Newmarket and a fourth in the Group 2 Rockfel Stakes as a two-year-old when under the tutelage of George Margarson.

Offered as a five-year-old carrying a foal by the superstar sire KINGMAN, MODEL GUEST is out of the DANEHILL DANCER mare LOOKS ALL RIGHT, the half-sister to the Group 3 Park Stakes winner VENTURI and the Group 1 Criterium de Saint-Cloud third FEELS ALL RIGHT.

Consigned by the Castlebridge Consignment, MODEL GUEST was purchased by Margaret O'Toole for 330,000 guineas on behalf of Eddie O’Leary.

"She’ll come back to Ireland and if she produces something like herself we’ll be ok. She’s a beautiful mare and there are some very good crops coming through for Kingman," said O'Leary.

The Tattersalls December Mares Sale continues at 9.30am on Tuesday, 30th November.