The Tattersalls July Sale got off to a strong start on the opening day with a strong Godolphin draft dominating proceedings with four of the top five prices on a day that saw 15 lots selling for 100,000 guineas or more. The clearance for the day was a remarkable 93% and the turnover of 5,952,100 guineas has been bettered only twice on the opening day of this fixture.

The Godolphin draft is always a highlight of the Tattersalls July Sale and this year’s renewal was no exception with the well-bred AUREUM topping the session at 220,000 guineas. Tom Goff of Blandford Bloodstock made the winning bid and revealed:

"She has been bought for an established owner-breeder client of ours. She has a fantastic page, and she made a lot of money as a yearling. She is a lovely, lovely mare, the sister was top top class over here and she is in-foal to a great stallion.

"We knew she wasn't going to be given away here, the entire draft has some stand-out mares. She is quality, and fingers crossed she carries a good foal and is a successful broodmare, which she has been bought to be."

The daughter of MEDAGLIA D’ORO was sold in foal to INVINCIBLE SPIRIT and is a half-sister to the Group 3 City of York Stakes winner NEMORALIA, placed in the Group 1 Coronation Stakes, the Grade 1 Frizette Stakes and the Grade 1 Breeders’ Cup Juvenile Fillies Turf. 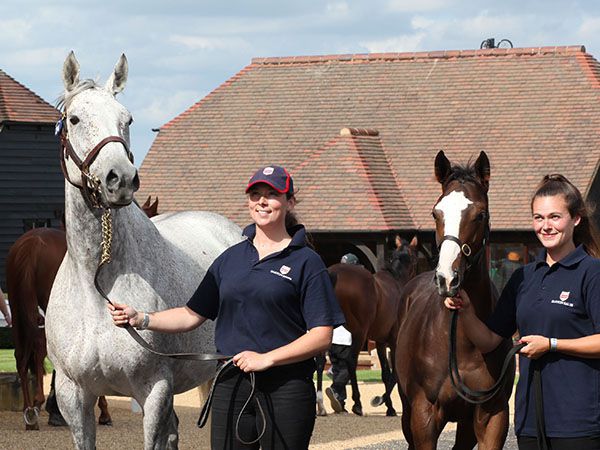 The second lot to realise 200,000 guineas or more on the opening day was the SHAMARDAL mare EXCELLENT VIEW who was knocked down to Charlie Gordon-Watson for 200,000 guineas. The Barton Sales consigned mare was sold in foal to exciting young sire MEHMAS and with a filly foal by the record-breaking stallion at foot.

"She is a smashing mare, she had a lovely Mehmas foal at foot who is a good example of what she is carrying, and in this sale she stood out a bit. The foal is good and she has got a blacktype runner this year. She was sold for a good Irish client and I am delighted for them."

EXCELLENT VIEW’s first foal is the high-class ACCLAMATION gelding MUTARAFFA, runner up in the Listed Dubai Dash and fourth in the Group 3 Nad Al Sheba Turf Sprint this year. She is out of the Listed Empress Stakes winner PEARL GREY and her sale crowned a successful few minutes for Barton Sales, who had sold TIANADARGENT for 100,000 guineas two lots previously. The full-sister to the Group 2 winner and Group 1 placed RESTIADARGENT was also offered in foal to MEHMAS and was knocked down to Alex Elliott.

Howson & Houldsworth Bloodstock’s Matt Houldsworth was another to secure one of the top priced Godolphin mares when he went to 160,000 guineas to land BIRDWATCHER. The four-year-old daughter of UNCLE MO is out of the US Grade 3 winner BIZZY CAROLINE, a half-sister to the five-time Grade 1 winner LADY ELI, and was offered in foal to the four-time Group 1 winning sprinter BLUE POINT.

Houldsworth commented: "I thought she was a very good physical and obviously she cost a lot of money as a yearling. She's got a good covering too, I'm a big fan of Blue Point, and it's a lovely, deep family as well. Hopefully she can be a nice mare going forward. She's heading to America."

A few lots earlier Highclere Agency’s Jake Warren secured the TEOFILO mare SUBELLA from the Godolphin draft for 150,000 guineas on behalf of Australian interests. The four-year-old mare is a half-sister to the dam of CLOAK OF SPIRITS who was runner-up in the 1,000 Guineas last year.

"She is for an Australian client," reported Warren. "We are thrilled to buy her, she is a beautiful looking mare, she has a lovely cover and a pedigree that needs no explanation. She will come back to Highclere, we will decide on plans when we get her home and see what the foal is like. We are excited to have her."

SUBELLA was offered in foal to INVINCIBLE SPIRIT and her dam SUBA is a half-sister to Darley Stud’s sire sensation DUBAWI. 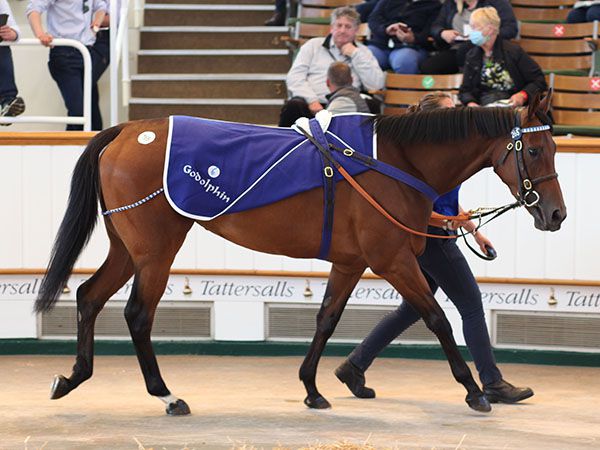 Manor House Stud’s John Dance, bidding via the Tattersalls Live Internet Bidding platform, secured the Godolphin consigned three-year-old filly DESERT STAR for 150,000 guineas. The daughter of DUBAWI had a significant update since publication of the catalogue following her victory over a mile at Pompadour in France for Henri-Alex Pantall. She is out of the Group 2 Rockfel Stakes placed DESERT BLOSSOM and is an own-sister to the Listed winning and Group placed DUNEFLOWER.

The Tattersalls July Sale continues on Thursday 8th July with the morning session starting at 9.30am and the evening session commencing at 5.15pm.