Trade continued in strong fashion at the inaugural Tattersalls August Sale with international participation and live internet bidding both featuring strongly on the second day. The top four lots were bought by buyers from Bahrain, Qatar, Hong Kong and the USA with two of the four falling to internet bids. The clearance rate was a spectacular 95%.

The high-class sprinter SWINDLER topped the second day of the Tattersalls August Sale after Oliver St Lawrence saw off the attentions of underbidder Steven Hillen to secure the gelding on behalf of Fawzi Nass for 150,000 guineas.

"He is to go to Bahrain, that will be his base," commented Nass. "He is a very talented horse; he goes on fast ground and can sit off the pace. There might be a race for him on our International Day but he could make up to be good enough to go to Dubai or Saudi."

The 97-rated SWINDLER is a dual winner from the family of French 2,000 Guineas winner MAKE BELIEVE and was fourth last time out in the Stewards’ Cup for trainer Ed Walker and owner breeder Bjorn Nielsen. 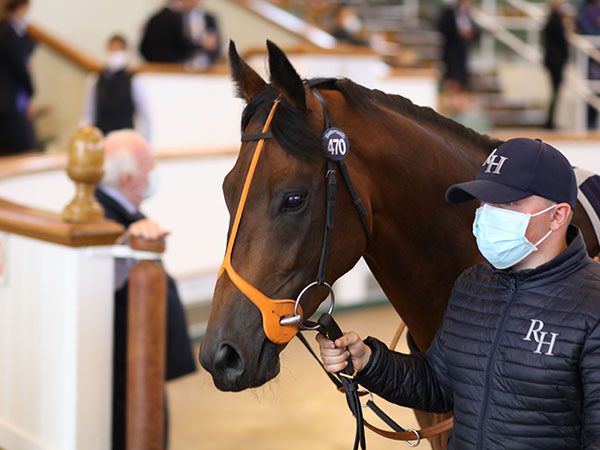 Jamie Lloyd Buys US Bound Whisper Not for 90,000 Guineas

"He is for Chris Dunn for whom we bought Lady Prancealot, so he will be going to the US," said Lloyd. "This horse has got a lot of pace and is lightly raced – Richard Hannon said there is some more improvement to come. We have not finalised plans in the US yet – west coast or east coast, probably west – but he will come back to the farm first."

The colt has won his last two starts and was offered with a ‘Timeform’ rating of 94p, and Lloyd added: "He won that first race by 20l on a slow track at Pontefract and then won again on the faster track at Lingfield. I think he could drop back to a mile in the US."

Owned in training at East Everleigh by owner Michael Pescod, the colt was bought by Peter & Ross Doyle Bloodstock for 20,000 euros at the Tattersalls Ireland September Yearling Sale in 2018. 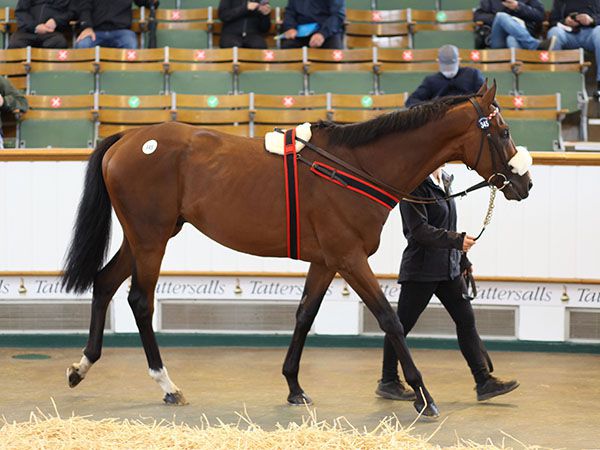 There was spirited competition in the sales ring for DESERT HIGHWAY but the winning bid of 82,000 guineas was struck by Al Ghazali Stable on the Tattersalls Live Internet Bidding platform for the three-year-old colt from the draft of Moyglare Stud Farm.

The son of DUBAWI has run only three times, finishing second on his latest start over 1m4f for trainer Dermot Weld, and is from an exceptional Moyglare family. His dam is the Group 2 Ribblesdale Stakes winner IRRESISTIBLE JEWEL and he is a half-brother to three Group winners including Irish St Leger winner ROYAL DIAMOND, Group 2 Ribblesdale Stakes winner PRINCESS HIGHWAY and Group 3 Gladness Stakes winner MAD ABOUT, a dual Group 1 runner-up in the Irish 1,000 Guineas and the Pretty Polly Stakes.

DESERT HIGHWAY is now destined to head to Qatar to join champion trainer Jassim Ghazali who will be hoping he emulates stable star THE BLUE EYE, another son of DUBAWI. 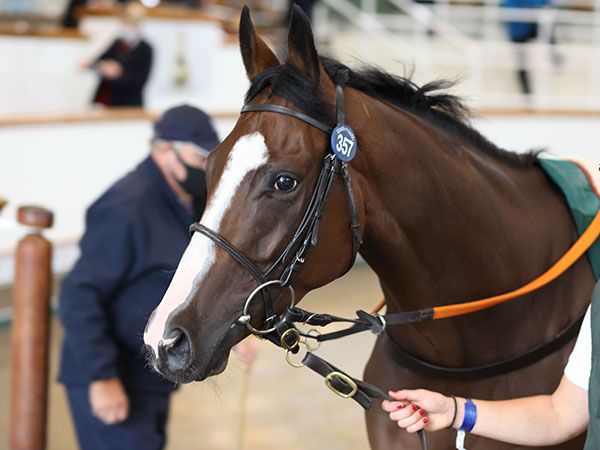 The Listed-placed SHARED BELIEF was another lot to fall to a buyer on the Live Internet Bidding platform when knocked down to CH Wong for 80,000 guineas. The son of DANDY MAN was sold by The Castlebridge Consignment on behalf of trainer Archie Watson and was offered with a ‘Timeform’ rating of 99. The three-year-old is set to continue his career with trainer David Ferraris in Hong Kong.

The Tattersalls August Sale continues at 10am on Wednesday, August 26 with the third and final session.