The Tattersalls July Sale continued in robust fashion on the second day with four lots selling for 100,000 guineas or more and a clearance rate above 90% for the second consecutive day.

The top lot on the second day of the Tattersalls July Sale was the Richard Hannon trained MAN OF THE NIGHT who was knocked down to Sheikh Abdullah Al-Hmoud Al-Malek Al-Sabah for 175,000 guineas, the highest price achieved on the Thursday of the July Sale since 2017.

The four-year-old colt is a winner over 1m2f since the catalogue was published and has a Timeform rating of 101. Showing good form on fast ground, the son of NIGHT OF THUNDER has also placed fourth twice in Listed company and boasts a smart pedigree, being out of a daughter of the three-time Group 1 winning Champion French filly MANDESHA.

A spokesperson for Sheikh Abdullah Al-Hmoud Al-Malek Al-Sabah revealed; "He might go to Kuwait, but we have horses in training in the UK so he may stay here for a time. We were looking for a horse who would stay further than a mile." 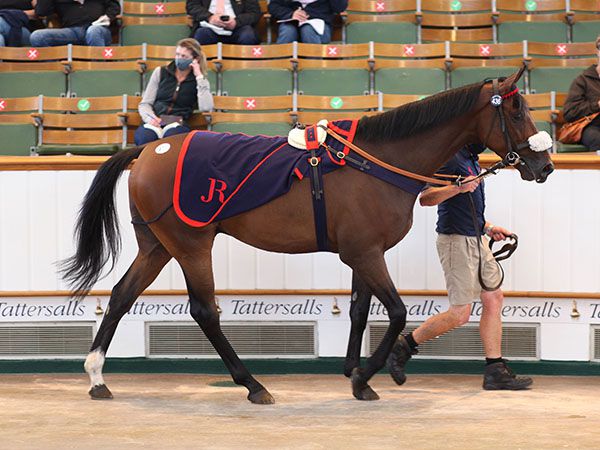 The well-bred RESTITUTION provided another highlight of the session when bought by Mark Richards on behalf of Mark Player’s International Thoroughbred Solutions for 150,000 guineas.

"It is nice to be back, I am acting here for Mark Player's International Thoroughbred Solutions. He is well used to purchasing horses here to go to Australia and the mere fact of me being back here is using old contacts and old friends as much as anything else. He likes to have someone on the ground to see the horses, knows the sort of horse I will be looking at and said that if I found anything that might suit to get in touch.

"I thought this is a lovely sort of horse, a lovely looking horse, hopefully he will acclimatise to Australia and he will head straight there now."

"You are just looking for a horse who can operate on good or faster ground and one you think can get a trip. He had already proven that he can stay a mile and a half, and they seem to get more distance when they get down there anyway. It is advantage to have been able to have performed on a quicker track rather than slower track.”

The Jamie Railton consigned RESITUTION is by FRANKEL out of RESTIANA, a Listed winning full-sister to the Group 2 winner and Group 1 placed RESTIADARGENT. It is the second six-figure sale in two days for the pedigree as TIANADARGENT, another full-sister to RESTIANA and RESTIADARGENT, was sold to Alex Elliott yesterday for 100,000gns. 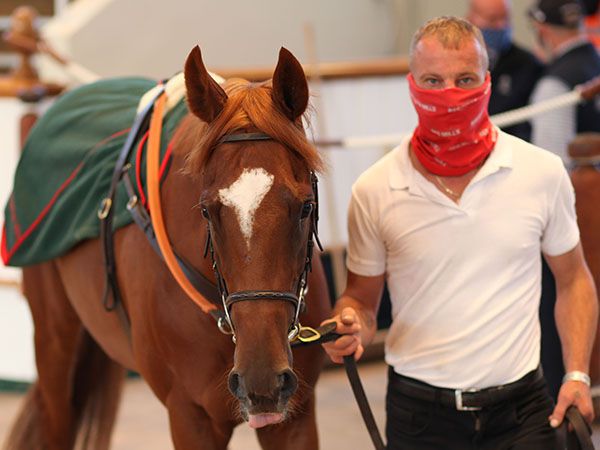 The three-year-old TEOFILO colt ALBERT CAMUS is set for a jumps career after being purchased by trainer John McConnell for 115,000 guineas on behalf of Duleek Street Racing.

"He came highly recommended, the trip looks grand, he has not really encountered soft ground, but I think he will handle it. We have had a bit of luck with Teofilos before to go jumping.   "He seems to have very good attitude as well, he won really well at the line the other day, he looks as though there is more to come and he could be progressive. Well he is a progressive Flat horse, and that is what you have to pay for a three-year-old like this."

McConnell added of ownership plans: "I am not quite sure specifically who is for yet, we will get him back to Ireland, get him gelded and take it from there."  ALBERT CAMUS, who won at Haydock for trainers John & Thady Gosden since the catalogue was printed, was offered by The Castlebridge Consignment with a Timeform rating of 97. 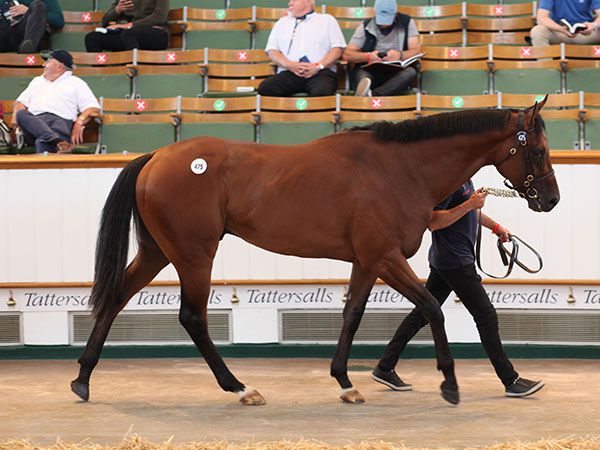 CAIO SHARK became the first horse during the evening sale session to realise a six-figure sum, selling for 110,000 guineas to an online bid from SPI Racing.

The Aguiar Bloodstock consigned colt is by the exciting young sire KODI BEAR and has run three times for trainer Michael Bell and owner AMO Racing, winning his last start over seven furlongs at Haydock in May to earn an official rating of 81. His dam LIEL is a daughter of the Group 1 Cheveley Park Stakes winner MAGICAL ROMANCE, the granddam of Prix de Diane winner CHANNEL.

The two-year-old colt holds a number of autumn sales race entries including in the £150,000 Tattersalls October Auction Stakes.

The Tattersalls July Sale continues at 9.30am on Friday 9th July.