A colt and a filly by ARCHIPENKO and NIGHT OF THIUNDER respectively shared top billing at 425,000 guineas during the second session of Book 2 of the Tattersalls October Yearling Sale as trade continued in robust style.  A total of 207 lots sold for an aggregate of 17,230,500 guineas with significant increases in all key indicators.  The median increased 13% from 55,000 guineas to 65,000 guineas and the average rose 6% from 78,592 guineas to 83,239 guineas.  The clearance rate was an impressive 86%.

It did not take long for the second day of Book 2 of the October Yearling Sale to kick into action as the first lot into the ring, Longview Stud’s NIGHT OF THUNDER filly out of BLANCHE NEIGE, realised 425,000 guineas when selling to Charlie Gordon-Watson Bloodstock.

The eye-catching chesnut filly is out of a full sister to Group 2 winner HARLAND and is a great-granddaughter of the multiple US Grade 1 winner WHITE STAR LINE.

"She is for a new project," said Gordon-Watson. "She is lovely, the stallion has been doing well and she has a great page."

The sale was a great result for her owners who purchased her for just 77,000 Euros as a foal.

The 2,000 Guineas winner NIGHT OF THUNDER has made a great start to his stud career with his first runners in 2019 including the Group 3 Princess Margaret Stakes winner UNDER THE STARS, the Listed winners THUNDEROUS and MOLATHAM and a further three Group/Listed placed horses. 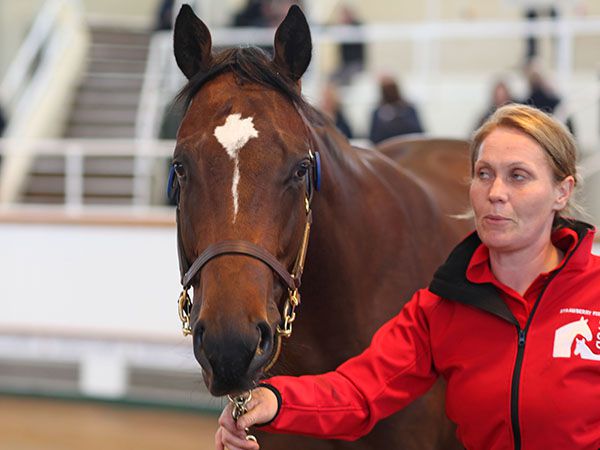 The joint session topper on the second day of Book 2 was the ARCHIPENKO colt out of the GREEN DESERT mare DESERT BERRY who made 425,000 guineas to the bid of Mick Kinane, on behalf of the Hong Kong Jockey Club after he saw off the attempts of the underbidder Jamie Piggott.

Bred and consigned by Gary Robinson’s Strawberry Fields Stud, the bay colt is a full brother to the Hong Kong Group 3 winner FLYING THUNDER who has earned nearly £400,000 prize money.

After the sale Kinane commented;

"The sire has done well in Hong Kong.   He is a gorgeous horse, with a great walk and he has a good international page throughout – there was a lot of competition for him. I wish I could ride him!"

"We would have been delighted with anything over 300,000 guineas, so we are thrilled with this.

"Due to his brother, there has been a lot of interest in him – he has had a lot of vettings and a lot of views in the repository – and we knew we had the right people on him."

The ill-fated ARCHIPENKO has also been represented by the Group 1 winners TIME WARP and GLORIOUS FOREVER in Hong Kong. 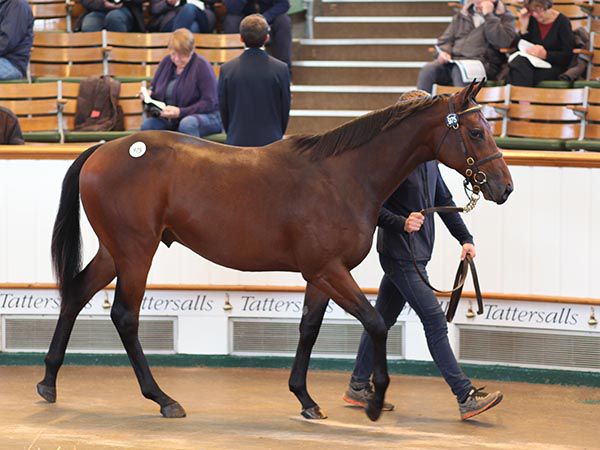 The Hong Kong Jockey Club made up for lost time after a frustrating October Book 1 Sale where they were underbidders on numerous occasions. The Michael Kinane lead team bought their second yearling at October Book 2 after securing the ACCLAMATION colt from David & Henrietta Egan’s Corduff Stud for 300,000 guineas.

The bay colt is out of the STREET CRY mare FOLK MELODY, the dam of two winners from two runners and herself the daughter of Grade 1 E P Taylor Stakes winner FOLK OPERA. 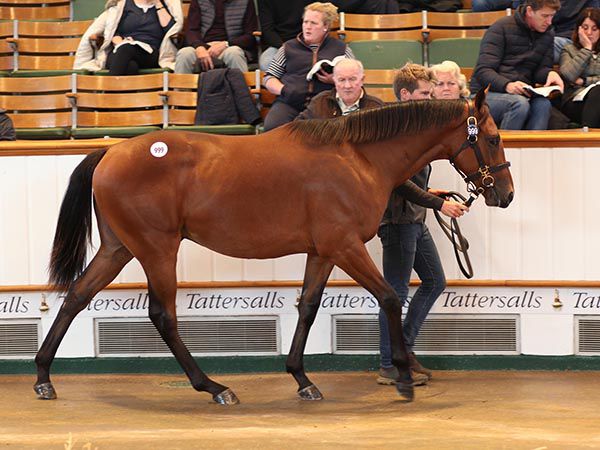 Another lot to realise 300,000 guineas on the second day of October Book 2 was the NEW BAY colt out of GLORIFICATION purchased by Amanda Skiffington.

The sole offering in the catalogue by Michael and Laurence Gleeson’s Aughamore Stud was a pinhooking triumph; the pair having purchased the relation to Champion racemare ENABLE with agent Hamish Macauley at the Tattersalls December Foal Sale for 80,000 guineas.

"The most we have ever paid for a foal before was 30,000 guineas so we had shaking hands when we signed the docket for 80,000 guineas!" recalled consignor Michael Gleeson.

"We had been looking to buy a 'commercial' foal last year, but we could not get near anything. We reassessed our plans and decided to go up a grade – when we saw this horse we loved him.

"He is a lovely type, he has an amazing walk and he is from the family of Enable and Flintshire. Since his purchase his half-sister has done well too."

The colt, bred by China Horse Club, was bought by Amanda Skiffington acting on behalf of Ballylinch Stud and trainer Roger Charlton.

The trainer said: "He is for a partnership between Ballylinch Stud and owners at Beckhampton. He is very typical of Dubawi.

"If anyone wants to join the partnership they are more than welcome!" 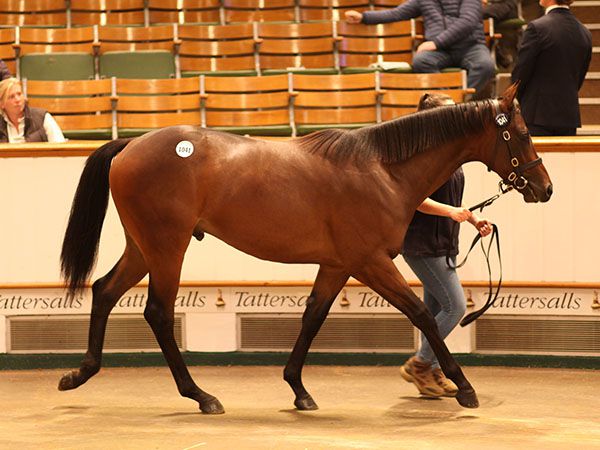 Another lot to break the 300,000 guinea barrier came later in the session when Ballyhimikin Stud’s KODIAC colt was purchased by Brendan Holland of Grove Stud for 310,000 guineas from eventual underbidder William Haggas.

Out of the winning PIVOTAL mare HONEYMEAD, the bay colt is a half-brother to two winners from two runners and is from the family of Group 1 Irish 1000 Guineas winner ARCTIQUE ROYALE.

Holland commented after the sale;

"I loved the horse and he will be back for the Craven Breeze Up Sale.  I thought he was as good a physical as you will see and he has a great walk. He is by Kodiac and the mare has bred two winners by lesser sires – he was expensive, but you have to buy what you like and he is my pick of the three days. He is from a very good breeder in James Hanley – I love buying off good breeders.

"We've had a good run of it recently at the breeze-up sales, please God that will continue, but I need to line up as good a draft of horses as I can – keep on improving. Buyers come to Grove Stud and expect to see nice horses, I have to try hard to provide that.

"The purchase makes sense now... it might not when I wake up tomorrow morning!"

Book 2 of the Tattersalls October Yearling Sale continues at 10am on Wednesday, October 16.