The catalogue for the Tattersalls Craven Breeze Up Sale, which will take place Monday 13th April – Wednesday 15th April, can be viewed online at www.tattersalls.com and will be available from Tattersalls and Tattersalls Representatives from Wednesday, 4th March. 145 high quality juveniles are catalogued for Europe’s premier sale of two-year-olds in training which has produced a remarkable 52 individual Group and Listed winners since 2015,  including last year’s Group 1 British Champions Sprint winner DONJUAN TRIUMPHANT who was purchased for just 30,000 guineas.

All 145 lots are eligible for the £15,000 Craven Breeze Up Bonus which was received with huge enthusiasm in its first year, rewarding the owners of ten horses bought from last year’s Tattersalls Craven Breeze Up Sale with an additional £150,000 in prize money. 2019 sale-topper DIVINE SPIRIT was a fitting winner of the first Craven Breeze Up Bonus and sale graduates will have ample opportunity to emulate her in 2020 with the number of qualifying British and Irish maiden and novice races expected to be in excess of 300.

The catalogue features 18 two-year-olds out of Group or Listed winning mares including the SHALAA colt out of Grade 1 Beverly D Stakes winner ROYAL HIGHNESS and the DUBAWI filly out of Group 2 Park Hill Stakes winner MEEZNAH. There are also a further 27 own or half brothers and sisters to Group or Listed winners catalogued. These include two exceptionally well-related sons of KINGMAN; half-brothers to the five-time Group 1 scorer AL KAZEEM and the dual Group 1 winner POET’S WORD, the SHOWCASING half-sister to dual Group 1 winner HARLEM and also the INVINCIBLE SPIRIT full-brother to the Group 1 Cheveley Park Stakes heroine ROSDHU QUEEN, herself a graduate of the Tattersalls Craven Breeze Up Sale. In addition the TEMPLE CITY half-brother to Kentucky Derby winner BIG BROWN illustrates the exceptional diversity and strength of the pedigrees on offer to buyers. 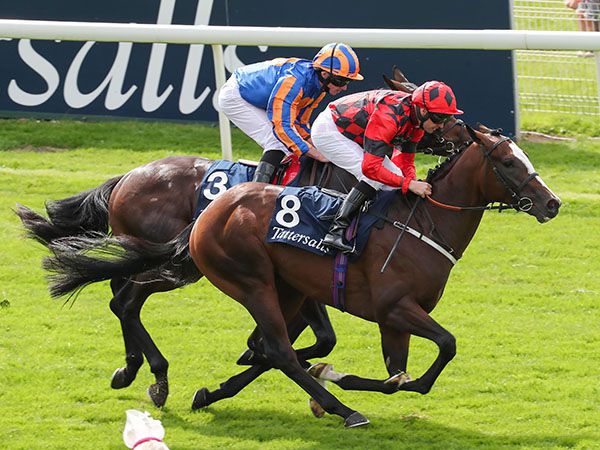 A strong contingent of sires are represented in the catalogue with their first crop of two-year-olds including Group 1 winners AWTAAD, BELARDO, CHARMING THOUGHT, HARZAND, NEW BAY, PRIDE OF DUBAI, SHALAA, TERRITORIES, THE GURKHA, TWILIGHT SON and VADAMOS. They are joined by exciting USA and Japanese based contemporaries including CALIFORNIA CHROME, FLINTSHIRE, MSHAWISH, SPEIGHTSTER and TAMARKUZ.

Willie Browne’s Mocklershill has the largest consignment with 13 juveniles catalogued and Church Farm & Horse Park Stud are also well represented with a total of nine for Roger Marley and John Cullinan. Last year’s sale-topping consignor Tally Ho Stud is bringing six two-year-olds to the sale whilst the largest British-based team comes from Malcolm Bastard who has eight to represent him.

In addition to all lots being eligible for the Tattersalls Craven Breeze Up Bonus, buyers looking to benefit from additional incentives will be well catered for with six lots entered in the hugely popular £25,000 Tattersalls October Book 1 Bonus and a further 57 which are Plus 10 qualified. Additionally there are five two-year-olds eligible for French Owners’ Premiums.

“Outstanding racecourse results maintain the Craven Breeze Up Sale’s global appeal and are a testament to the support of the top British and Irish breeze-up consignors. Group 1 British Champions Sprint winner DONJUAN TRIUMPHANT crowned another year of success for sale graduates who have flown the flag for the Craven Breeze Up Sale in Group races across Britain, Ireland, France, the USA, the Gulf Region and Australia. The Craven Breeze Up Bonus was incredibly well received in its first year and reinforces the sale’s market-leading status, providing another compelling reason to buy at the Craven Breeze Up Sale. This year’s catalogue of 145 lots has quality and diversity in abundance and as ever the sale looks certain to attract a strong contingent of domestic and international buyers.”