The Waddesdon Stud dispersal was the star attraction on the opening day of the Tattersalls December Mares Sale, realising more than 3 million guineas including the two top lots for the day in THISTLE BIRD and AFLAME. Trade was strong throughout the opening session with turnover topping 15 million and the average and median showing major increases on the corresponding session last year. The clearance was an impressive 86%.

A packed sale ring gathered to see the Waddesdon Stud dispersal of the late Lady Rothschild's broodmare band sell. The top-priced lot from the draft was the Group 1 Pretty Polly Stakes winner THISTLE BIRD, the daughter of SELKIRK, in-foal to leading second-season sire KINGMAN. She was bought by James Wigan of London Thoroughbred Services for 750,000 guineas after he saw off the determined effort of Turkish owner and breeder Ibrahim Araci.

"Thistle Bird has been purchased for George Strawbridge," said Wigan, formerly bloodstock advisor to Lady Rothschild. "I obviously know the families and the horses well and have seen them; it is nice that it can carry on with my clients. No plans have been made yet as regards stallions."

THISTLE BIRD’s first two foals are both winners with the Roger Charlton-trained BULLFINCH providing a timely update when successful on his second start last month. The eleven-year-old mare has a FRANKEL yearling colt and a GLENEAGLES filly foal. 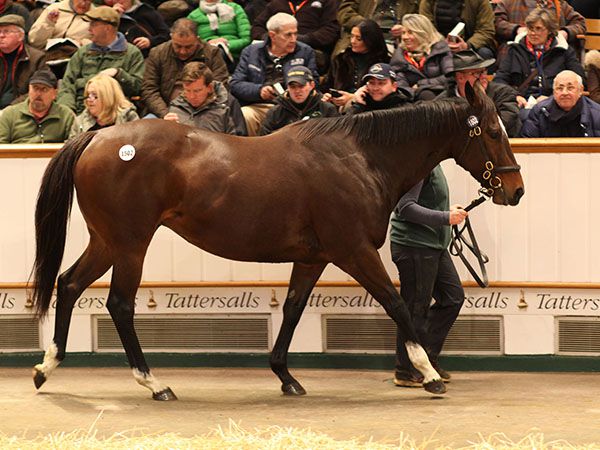 Wigan also purchased AFLAME, in foal to HAVANA GOLD, for 675,000 guineas despite furious competition for the SHAMARDAL mare. Underbidders on the four-year-old daughter of the Group 1 Cheveley Park Stud Stakes winner MAGICAL ROMANCE included the Japanese pair of Northern Farm and Ken Mishima as well as Ballylinch Stud’s John O’Connor.

Of the dispersal, Wigan said: "It is the end of an era and it is sad, but the draft were beautifully turned out. The mares have gone but there are still yearlings to come to sell next year and there are horses in training too."

Bill Dwan of The Castlebridge Consignment, in charge of consigning the dispersal, added: "It all went well. It is sad as it is the end of an era but am pleased to see the mares sell well and go to good homes.

"It was a thrill and honour to be asked to do this, and the mares came from Waddesdon looking a million."

Lady Rothschild died in January at the age of 83. The highlight of her breeding and racing career were the Group 1 victories of NATHANIEL in the King George VI and Queen Elizabeth Stakes and the Eclipse Stakes. 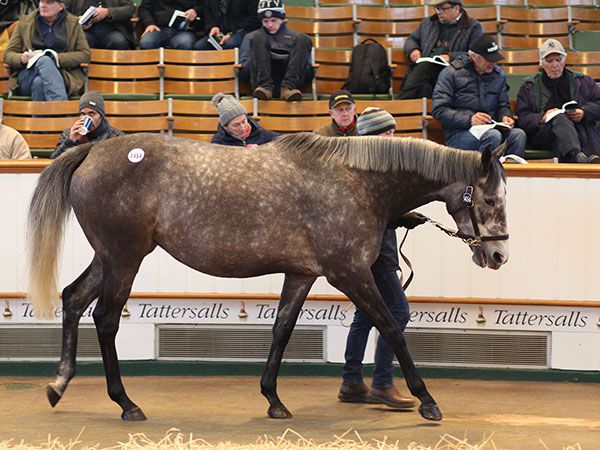 James Wigan was also involved in the sale of STREAM SONG and WELL YES who were both offered from his West Blagdon Stud and realised 440,000 guineas and 400,000 guineas respectively.

First up was STREAM SONG who was knocked down to Elwick Stud’s Nick & Geoff Turnbull after they saw off agent Matt Coleman for the George Strawbridge-bred homebred. The successful purchasers included bloodstock agent Peter Nolan and Elwick Stud manager Gary Moore.

"She is to be a foundation mare for Elwick," said Nolan. "We hadn't really priced her before we came into the ring but Geoff is a hard man to beat when he wants something! She has a great pedigree and will be going to Mondialiste in the spring."

Moore added: "She is carrying to Roaring Lion – we don't know whether it is a colt or a filly. There are no plans as yet – the foal might come back here for resale or might be kept to race. Who knows he could be another stallion for the farm!"

The MASTERCRAFTSMAN mare STREAM SONG is out of the Group 1 Prix Royal-Oak winner MONTARE and is a half-sister to the Group 1 British Champions Fillies/Mare Stakes winner JOURNEY. A winner at both two and three, she was offered in foal to the ill-fated ROARING LION and will join a broodmare band of around 45 at Elwick Stud.

MONDIALISTE, a dual Grade 1 winner by GALILEO, had his first foals this year. 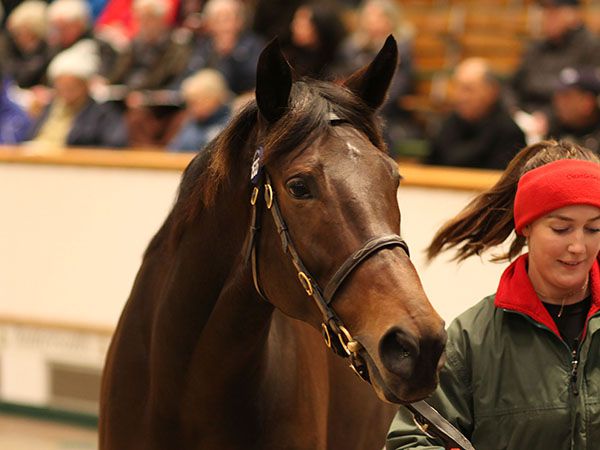 The seven-time winner and Group 2 Prix de Pomone runner-up MANGO TANGO is set to head to Japan after being purchased by Akinori Yano of Yano Farm through JS Company for 535,000 guineas. The daughter of SIYOUNI was consigned by The Castlebridge Consignment in foal to SHOWCASING.

"We really like her and wanted to buy a mare from the Pivotal line" said Yano, who has 25 broodmares at his farm. "We would like to send her to stallion Lord Kanaloa, the son of King Kamehameha. She will travel straight to Japan now." 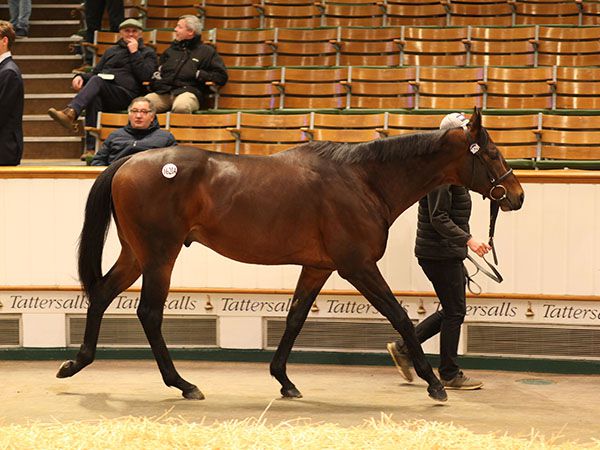 Lot 1621A: Cool Silk Partnership Buy Out Partners in Sands of Mali

SANDS OF MALI, who was consigned by Richard Fahey’s Musley Bank Stables, was knocked down to the Cool Silk Partnership’s Peter Swann for 600,000 guineas. The son of PANIS, who won the 2018 Group 1 British Champions Sprint Stakes, is set to be retired to Stud in the near future.

"I am delighted, we will make stud plans for him now." said Swann. "He does not owe us anything and he will go back to Richard's to relax for a week while we finalise things.

"We have had interest from a number of studs, so it won't be a problem. He has a pretty clear pedigree being by a son of Miswaki."

Underbidder was Pamela Cordina of Phoenix Thoroughbreds who bought into the colt ahead of his run in the Al Quoz Sprint last March.

The Tattersalls December Mares Sale continues at 9.30am on Tuesday 3rd December.