The inaugural Tattersalls August Sale finished with a flourish with a top price of 220,000 guineas and five lots selling for 100,000 guineas or more. Once again the clearance rate was in the high nineties, with the final session’s turnover exceeding 3 million guineas, taking the three-day total to more than 8 million guineas.

The leading buyer for the sale was Voute Sales who purchased four lots for 650,000 guineas on behalf of Saudi Arabian operation Najd Stud.

Leading the way was the four-year-old WALKINTHESAND who was knocked down to Voute for 220,000 guineas after a spirited online bidding duel. Onsite bidders included Stuart Boman who made a strong play to secure the Richard Hannon trained son of FOOTSTEPSINTHESAND but it was Voute who was successful for the East Everleigh consigned colt.

WALKINTHESAND was offered with a ‘Timeform’ rating of 113. Following the purchase, Voute commented;

“They fit the profile and have all been bought for a new stud company called Najd Stud Ltd, which is based in Riyadh. They will ship immediately, as soon as the next flight is available.”

Expanding on the purchase plans, Voute said: “They have been bought for King’s Cup races and series. The Saudi Cup day needs very good international horses, not that these aren’t good horses, and they might develop into the that if they act on the surface.” 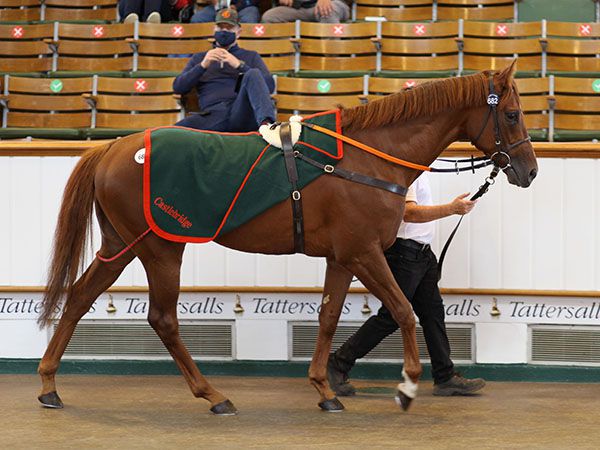 To Nathaniel Bound for Saudi Arabia

Voute, who did all his bidding online, also secured the three-year-old colt TO NATHANIEL for 185,000 guineas on behalf of the same owners. The son of NATHANIEL was consigned by The Castlebridge Consignment on behalf of John Gosden’s Clarehaven Stables and offered with a ‘Timeform’ rating of 95.

Explaining the process ahead of the live internet bidding, Voute said: “We vetted a whole slew of them and then I came up to Tattersalls yesterday, looked at all the horses who made the short, short list.

“And we said we’d do it on the internet. It was very easy to do, I registered at the beginning of the week, it has been great. There was no need to be up there today.”

When asked if he felt he missed out anything by not being in the sales ring, he added: “For form horses it is perhaps slightly different, it is there for everyone to see – other than taking a lame step in the ring prior, but we had a vet there to cover that eventuality, the same vet who has vetted them all.” 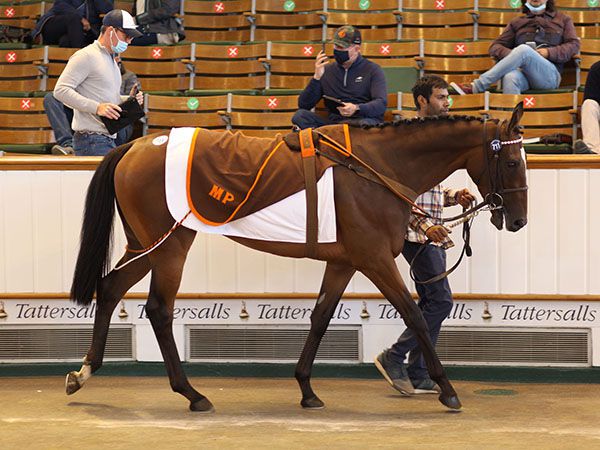 Voute Sales Secures Tell Me All for 180,000 Guineas

The fourth and final purchase that Voute made was for the three-year-old colt TELL ME ALL who he secured for 180,000 guineas. Consigned from Sir Mark Prescott’s Heath House Stables, the son of LOPE DE VEGA raced for Cheveley Park Stud and was offered with a ‘Timeform’ rating of 95.

Asked about the timing of this inaugural August Sale, Voute said: “The timing fits in for shipping. I have been involved in other operations when we have taken horses out of the October Sale and it has been a bit tight to get them to perform at the highest level that very next year or next season.

“We felt that if we could just steal a month or two months to get them there and acclimatise, it might make the difference. When we have bought horses privately before and sent horses over a bit earlier we have had a bit more success.” 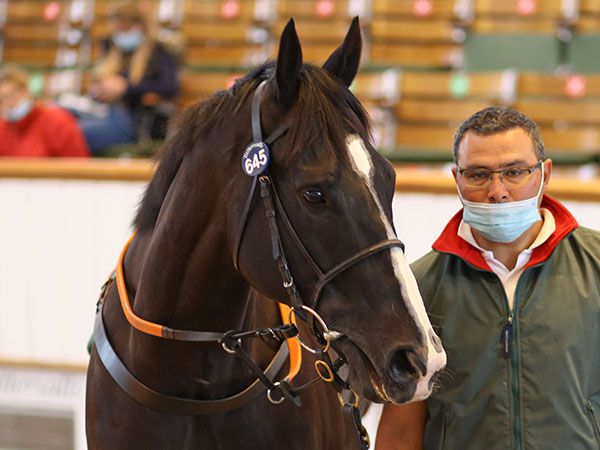 Middle Eastern buyers have been a strong feature of the Tattersalls August Sale and one of those making his presence felt was Fawzi Nass, alongside agent Oliver St Lawrence. The pair, who struck for yesterday’s top lot SWINDLER, secured the five-year-old BUFFER ZONE for 125,000 guineas.

The gelding has been placed at Group 2 level and has finished third in Listed company this season. He was offered with a ‘Timeform’ rating of 114.

“He has good form and should appreciate the faster ground in Bahrain,” said Nass. “He will be based in Bahrain, but we hope he can run in Dubai and Saudi. I think there is a lack of sprinters in the region at the moment.”

“We certainly are not thinking that would improve on the previous trainer, we will just hope to maintain the form!”

“Another post-COVID Tattersalls sale with a clearance rate around the 90% mark has to be regarded as a success. We made the observation after the recent Tattersalls July Sale that this sort of clearance rate would be noteworthy under normal circumstances, but in the face of the multiple challenges that everyone currently faces these sort of returns are little short of miraculous.

“From the Tattersalls perspective we salute all those who have supported this new fixture and made it such a success. Vendors, purchasers, vets, farriers, stable staff, the list is endless and everyone, whatever their role, has worked incredibly hard to ensure the smooth running not only of this week’s August Sale, but of all our recent sales.

“In addition to the extraordinary clearance rate, the other notable feature of the August Sale has been the huge impact of our recently introduced live internet bidding facility, which is particularly well-suited to sales of this nature. From start to finish there has been sustained internet bidding from throughout the world at all levels of the market and it has been fantastic to see this technology being so quickly and widely embraced. It certainly bodes well for the forthcoming sales at Park Paddocks and we will continue to ensure that the platform is as simple and easy to use as possible.

“Naturally there has been plenty of discussion about whether this new August Sale will become a more permanent Tattersalls fixture and the success of this week has certainly demonstrated enthusiasm from vendors and purchasers alike. In a normal year there would be a major yearling sale taking place this week, but we will see how the rest of the Tattersalls sales season unfolds, have a look at the calendar and assess how best to proceed once we have a clearer picture.”