The Tattersalls February Sale concluded with a record median, and an average and turnover bettered only once previously, following a final session topped by Shadwell Estates’ WUQOOD at 170,000 guineas.

The top lot on the second day of the February Sale was the Group 3 placed WUQOOD, with Najd Stud striking late with a bid of 170,000 guineas to defeat locally-based bloodstock agent Ted Durcan, who had seen off the persistent attentions of Blandford Bloodstock’s Tom Biggs.

The four-year-old colt was consigned by Barton Sales on behalf of Shadwell Estates and will join the draft of four horses heading to Saudi Arabia for Najd Stud, whose representative Saud al Qahtani revealed:

"He goes to Saudi. We think, inshallah, he might improve on the dirt surface and also for castration and he will go to the leading trainer Abdullah Mishref Al-Kahtani."

WUQOOD had finished second in the Group 3 Eyrefield Stakes and the Listed Trigo Stakes when trained by Dermot Weld and was offered with an official rating of 102. The son of DUBAWI is out of the Oaks runner up and Group 2 Blandford Stakes winner TARFASHA, the dam of the Listed winner RAKAN. TARFASHA is a sister to the Group 2 Goodwood Cup winner SADDLER’S ROCK and the Epsom and Irish Derby placed GALILEO ROCK. 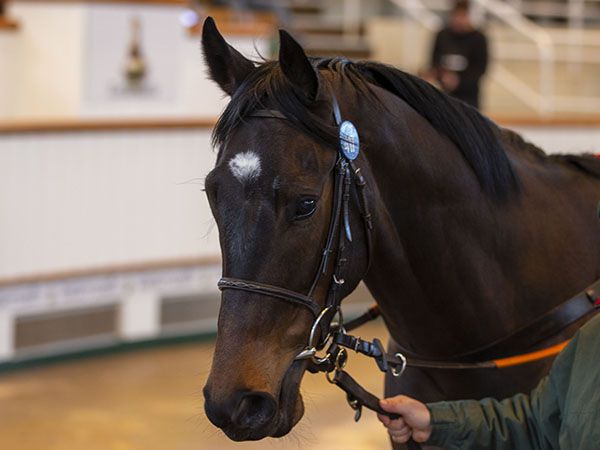 The promising SYDNEY STREET was another lot to attracted spirited competition, with the winning bid of 85,000 guineas struck by Conall Meegan of Beechmore Bloodstock, bidding on behalf of Shawn Dugan. The three-year-old gelding is a winner of his two most recent starts for Hugo Palmer and was offered by the Castlebridge Consignment with an official rating of 87.

Meegan commented: "We have done a bit of business with Shawn in the last 12 months and we have had some success. He goes to California and looks ready-made for racing there. He was my pick of the sale, let's hope it works out."

He added: "He has a great demeanour, he has plenty of size and he is clean limbed, we have watched his form and liked what we saw, and the trainer has done a great job. Hopefully he will be up to stakes class right away and I think California on the coast is where he needs to be."

The son of DARK ANGEL is a half-brother to the Listed winner SHE DO and comes from the close family of Group 2 winners MANUELA DE VEGA and HERO LOOK. 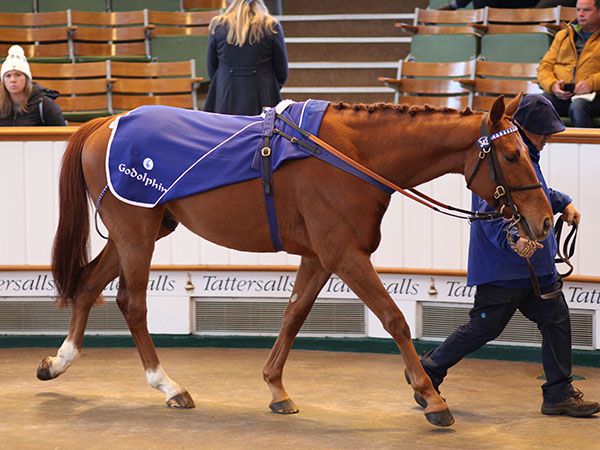 The Godolphin draft is often a highlight of the February Sale and this year’s consignment proved no exception, with the three-year-old PERSEUS WAY leading the way on the second day when selling for 80,000 guineas to the bid of agent Ted Durcan. The SEA THE STARS gelding is rated 80 and was an impressive winner of a Leicester maiden on debut for Charlie Appleby last year.

Successful purchaser Durcan commented; "Perseus Way has been bought for a new syndicate of lads, who want a nice fun horse. He vetted out extremely well and is a fine, big scopey horse. The winter will have helped him and he will improve with time. He stays in England but no training plans have been made as yet."

PERSEUS WAY is a grandson of the French 1000 Guineas placed FIRTH OF LORNE, the dam of the 2000 Guineas runner up and Group 2 winner MASTER OF THE SEAS.

Durcan secured a quickfire double, striking at 60,000 guineas for the subsequent lot AGE OF SAIL, and purchased five lots in total on the day including the promising three-year-old colts SATTAM and THARIF, consigned by Barton Sales on behalf of Shadwell Estates.

At the conclusion of the 2022 Tattersalls February Sale, Tattersalls Chairman Edmond Mahony commented;

“It is good to have made a positive start to 2022. Last year’s Tattersalls February Sale was conducted under particularly trying circumstances so significant increases in all the key indicators were to be expected, but nevertheless for this year’s February Sale to produce a record median, turnover and average bettered only once, and a clearance rate of 85% is a clear indication of a robust market.

“The quality consignments from Godolphin and Shadwell Estates have again drawn widespread international participation and it is a tribute to the enduring appeal of stock from these two outstanding operations that all of the top ten highest prices at the sale were owned or bred by either Shadwell or Godolphin.

“The obvious highlight of the past two days was the 175,000 guineas Shadwell-bred NIGHT OF THUNDER yearling out of ELSHAADIN who was the second highest priced yearling ever sold at the February Sale, but as is so often the case at Tattersalls sales of this nature, the remarkable diversity of the buyers has been the outstanding feature. Buyers from throughout Europe, the Gulf region and further afield have all made a significant contribution, either in person or bidding online, and the domestic demand has also been a source of encouragement for the wider industry as we look forward to a year of trading hopefully largely unencumbered by the challenges which we have all endured over the past two years."